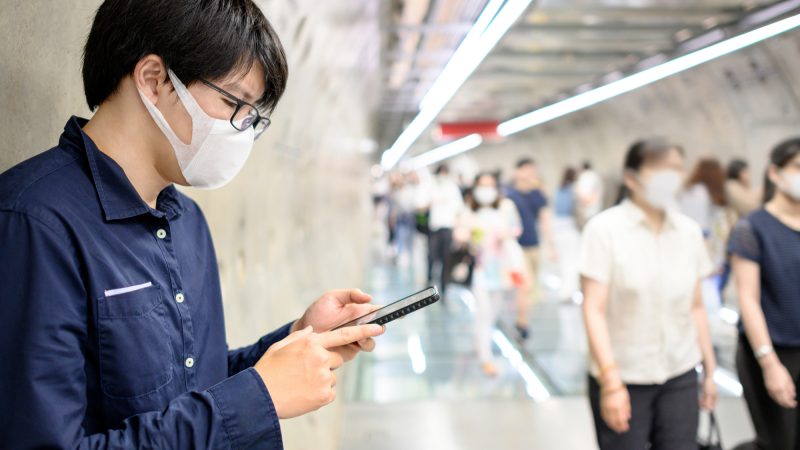 As the epidemic began spreading outside of China, politicians, most notably the outgoing US President Donald Trump, and some media sources began using the term ‘Chinese virus’ to describe COVID-19.

During the first lockdown earlier this year, the European Union’s Agency for Fundamental Rights (FRA) noted in a report that there has been a spike in recorded cases of racist abuse against people perceived to be of Chinese or Asian descent in the EU amid the ongoing health crisis.

“The COVID-19 pandemic triggered an increase in racist and xenophobic incidents against people (perceived to be) of Chinese or Asian origin, including verbal insults, harassment, physical aggression and online hate speech,” the report stated, adding that such demographics in Europe have also faced discrimination in accessing health services.

Already at the end of January, an Asian woman in France complained in an anonymous post on Facebook that the health crisis had fuelled hate speech and racist acts against ‘Asian-labelled’ people, believed to be majority-identified as Chinese.

It came at the same time as a local newspaper, Le Courier Picard, caused an outcry when it used inflammatory headlines like “Alerte jaune” (Yellow alert), together with the image of a Chinese woman wearing a protective mask.

Similar attributions of anti-Asian racism were made implicitly or explicitly in other media across the bloc and worldwide, triggering a global Twitter campaign under the equivalent hashtag #IAmNotAVirus, which has been trending all over Europe, often in the member states’ respective language.

But although numerous people had already reported hostility and examples of discrimination that they experienced in connection with COVID-19, many media continued to (re)produce anti-Asian images and stereotypes, experts found.

The German organisation ‘Korientation’ has been collecting examples of discriminatory media reports on since April, while Belltower.News has done so since February.

“Media reporting is not innocent,” Korientation explains on its website, appealing “to the responsibility of all media professionals to work in a non-discriminatory, differentiated and self-reflective manner and not to stigmatise groups of people.”

At the same time, however, rising racism against Asians during the COVID-19 pandemic has in some ways become a catalyst in raising awareness of discrimination.

“The only thing mass media and journalists ‘actually’ should be and are doing here is their job: report what is happening and how,” media researcher Joachim Trebbe of Berlin’s Freie Universität told EURACTIV when asked what consequences the media sector should draw from the incidents.

“The US president’s discrimination against Asian countries and their citizens, especially China, as the conspiratorial originator of the pandemic, for example, only had to be (and eventually was) confronted with the facts that helped disavow the conspiracy theory and exposed Trump’s claims itself as racist and discriminatory,” Trebbe said.

The findings of the FRA report emphasised that what appears on social media is often a reflection of what happens in the real world.

In the US, research by the Atlantic Council think-tank’s Digital Forensics Lab (DFRLab) noted there was a significant spike in social media posts employing “dog whistle” terms such as “Chinese virus” after they had been used in news conferences or on news shows by US politicians.

In many cases, they started to display trigger-warnings and ensure that reliable sources of information on COVID-19 are promoted high on user feeds or searches.

Asked whether classical media serve as catalysts for racism on social media or vice versa, Trebbe said that “social network media are indeed increasingly becoming the authority for the agenda of the conventional mass media”.

“I wouldn’t speak of ‘catalysts’ there. It’s more like a “burning glass effect”, he said.