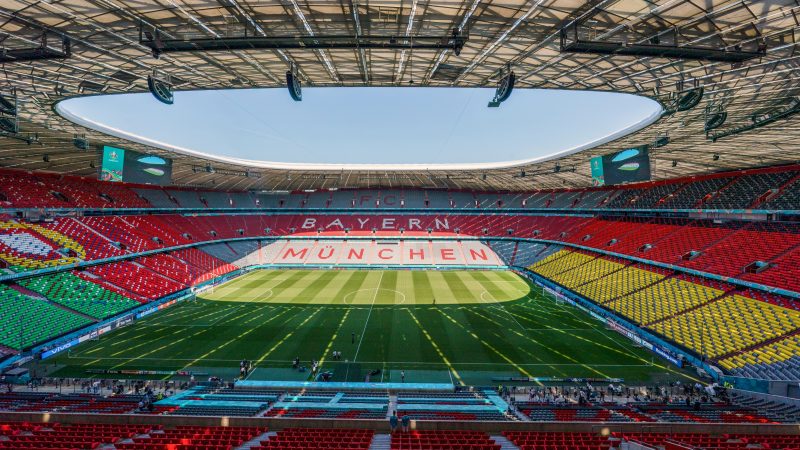 City officials in Munich plan to light the Allianz Arena in rainbow colours for Wednesday’s (23 June) Euro 2020 match between Germany and Hungary to make a statement to Viktor Orbán’s right-wing Hungarian government.

The mayor of the German city, Dieter Reiter, plans to ask European football’s governing body UEFA for permission to light the iconic stadium in rainbow colours to “send a visible sign of solidarity with the LGBTI (lesbian, gay, bisexual, transgender and intersex) community in Hungary”.

Orbán’s government last week passed a law banning the “promotion” of homosexuality to minors. It outlaws any educational programmes or material in which homosexuality is mentioned.

The European Union is said to be “very concerned” and is examining the legality of the new Hungarian law, Ursula von der Leyen, president of the European Commission said Wednesday.

According to AFP subsidiary SID, Munich officials have already been in talks with UEFA.

However, European football’s governing body is said to have close ties with Orbán and four Euro 2020 matches are being played in Budapest.

The Allianz Arena, owned by German champions Bayern Munich, has a translucent covering which allows the stadium to be lit in different colours. It was lit in rainbow colours in 2016 for Munich’s Christopher Street Day.

Tensions are high for Wednesday’s crunch Group F match with hosts Germany still needing a win to be sure of reaching the last 16 despite Saturday’s 4-2 thrashing of holders Portugal, also in Munich.

Off the pitch, there are also security concerns in Munich.

Several members from the Hungarian neo-Nazi group “Carpathian Brigade” were on the terraces for Hungary’s opening two Euro 2020 matches and there are fears some will make the journey to Munich.

Around 1,000 police officers are expected to be on duty for Wednesday’s game, which only 14,000 fans will be allowed to attend due to Germany’s Covid-19 regulations.