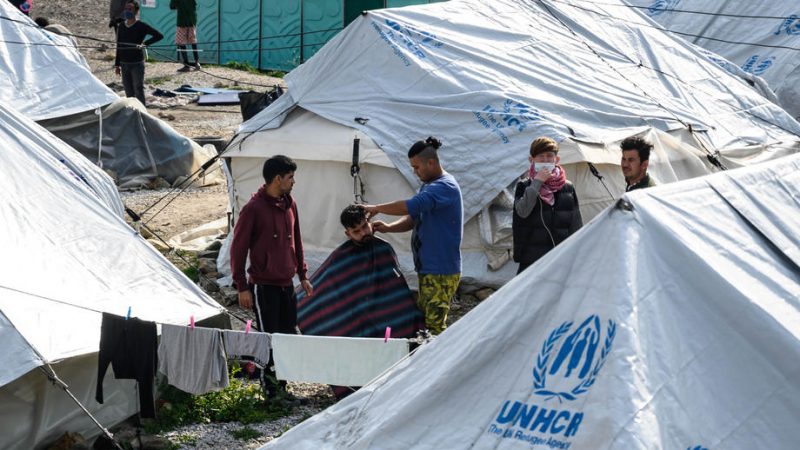 The difficulties facing refugee children in accessing education across the EU have been accentuated by the Covid–19 pandemic, according to new data. EPA-EFE/VANGELIS PAPANTONIS

This article is part of our special report Discrimination in Europe’s schools.

The difficulties facing refugee children in accessing education across the EU have been accentuated by the COVID–19 pandemic, according to new data, which painted a bleak picture of poor attendance and high drop-out rates.

Under EU law, all children aged four to 15 — including asylum seekers — are entitled to free education. In practice, attendance rates for refugee children are low and drop–out rates far higher than among children born in Europe.

Access has become particularly challenging in front–line countries such as Greece, which receive the largest number of refugees from outside Europe.

There is also a lack of harmonisation across the EU when it comes to recognising the qualifications already obtained by refugees and migrants, despite the existence of the  European Qualifications Passport for Refugees.

In March, a group of 33 civil society organisations wrote to Greece’s prime minister, Kyriakos Mitsotakis, and Ursula von der Leyen, the president of the European Commission, expressing concern that asylum seekers and refugee children do not have sufficient access to public education in the country.

Although Greece appointed Refugee Education Coordinators as part of an EU-funded programme to coordinate education provision across the more than 60 refugee camps across the country, the organisations wrote that “for the past six years, it has not been possible to guarantee smooth and unimpeded access to education for asylum-seeking children.”

“We call upon the Greek government to take immediate action to guarantee equal, substantive, and quality education to children of all ages and nationalities residing both on the islands and on the mainland,” the campaign groups wrote.

At the same time, both numbers reveal very low attendance rates: At the end of 2020, a total of 44,000 refugee and migrant children were estimated to be in Greece.

“In some places the issues observed have to do with the inconsistent interpretation of COVID-19 related movement restriction policies by the Greek authorities, which ends up discriminating against children who, as a result, are not being allowed to leave these camps [in order to attend school],” the campaign groups wrote.

“At the same time, during the lockdowns, due to the lack of necessary technical infrastructure for online learning at the camps, refugee and asylum-seeking children are further excluded from the education process,” they added.

While data on the educational attainment of refugees is rarely collected, a report by the United Nations agencies on migrants, refugees and human rights in 2019 found that, with the exception of the UK, which has since left the EU, early school leaving among children from outside Europe is nearly twice as high as among European born children.

Across the EU, only 3% of refugee youth participate in tertiary education, according to the report.