Persons with disabilities in Ukraine face a ‘crisis within a crisis’ 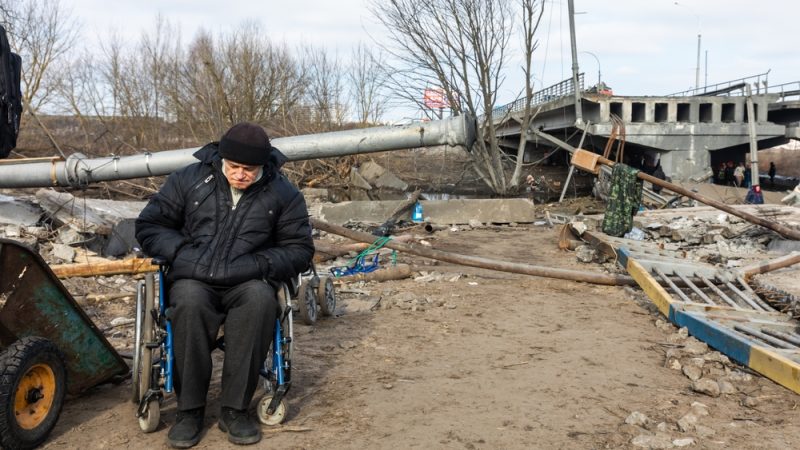 A person in a wheelchair in the city of Irpin, Ukraine, just after Russian attacks. [Shutterstock/Drop of Light]

Civil society calls on the EU, national governments and humanitarian organisations to step up efforts to protect Ukraine’s 2.7 million persons with disabilities who risk abandonment, death or a lack of shelter amid Russia’s invasion.

Urgent and concrete action is needed to guarantee disabled people the same access to essential services as their peers, participants at a conference organised by EASPD, Inclusion Europe and EDF on 10 March concluded.

“We currently experience mass murder of people, and the most vulnerable are persons with disabilities who are in a wheelchair or have visual or hearing impairments. How do they get to a shelter?” said Valery Sushkevych, president of the National Assembly of Persons with Disabilities Ukraine.

A ‘crisis within a crisis’

Persons with disabilities are often unable to get to safety without support or to access relevant information.

On top of that, some even “have difficulty comprehending what is going on,” said Raisa Kravchenko from the VGO Coalition, a Ukrainian NGO coalition for persons with intellectual disabilities.

Meanwhile, girls and women with disabilities face a risk of sexual and gender-based violence, according to Yannis Vardakastanis, chair of the International Disability Alliance.

People living in care institutions have in many cases been left without support, and some of the institutions “have run out of basic things such as food, water, medication, and fuel for heating,” added Vardakastanis, arguing that “this is an impending humanitarian crisis within the crisis.”

Evacuation from Ukraine often takes several days due to checkpoints on the road and the risk of attacks, making the trip too difficult and too long for those with severe disabilities.

However, it is not only those remaining in Ukraine whose wellbeing is under threat but also those who have managed to flee but are not supported sufficiently in the country of arrival.

“Around 10% of refugees are people with disabilities. They need accessible accommodation, rehabilitation, equipment and other support,” Milan Šveřepa, Director of Inclusion Europe, told EURACTIV.

Professionals hail support from individuals and NGOs with no prior experience of humanitarian help but criticise the lack of a coordinated response from national governments and the European Union.

“Right now, the systems are not responding the way that they should, and it’s all left to the people in communities. But it should not solely rely only on that,” said Maya Doneva, Secretary-General of EASPD.

In Šveřepa’s view, besides stepping up coordination, efforts should be accompanied by more funding and other support, such as wheelchairs and accessible accommodation for persons with disabilities within and outside of Ukraine.

A lack of visibility

Despite representing one in four Europeans, persons with disabilities still lack visibility, which is partially responsible for the inadequate consideration given in the humanitarian response to the war, according to Šveřepa.

“Hopefully, we can draw some more attention on this topic”, Šveřepa added. “Every little bit helps because people have no idea what it actually entails for persons with disabilities to be able to seek shelter or to evacuate or anything like that.”

EU disability ministers met in Paris on Wednesday, 9 March, to take stock of the EU’s disability strategy and exchange best practices. Yet, even though some ministers had interventions on Ukraine, including Poland, a conference participant stated that Ukraine was not on the agenda, and no official statement has been made. 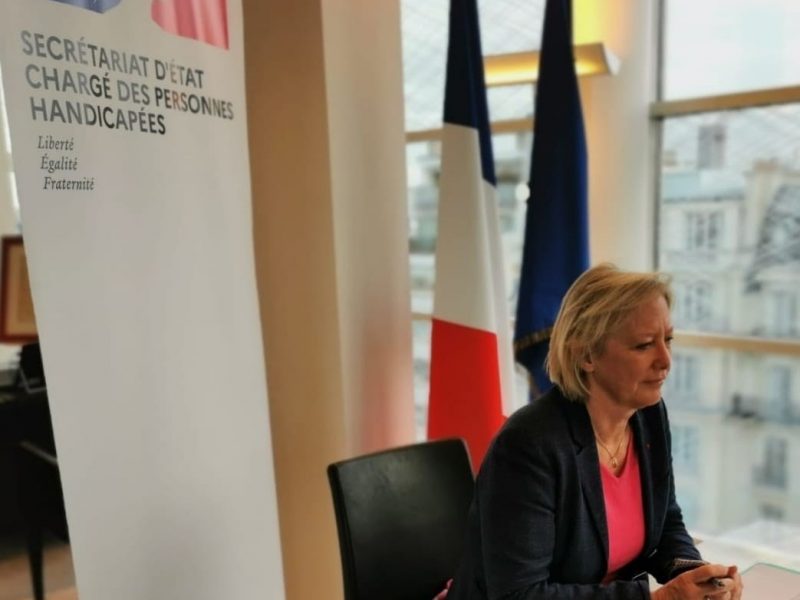 On a more hopeful note, Šveřepa said the European Commission’s proposal to change the EU structural investment rulebook to be more flexible in helping refugees in EU countries is “definitely going in the right direction.”

“We are working around the clock to support those most in need in Ukraine,” a Commission spokesperson told EURACTIV and the European Union Agency for Fundamental Rights added that “all actors involved, supported by many volunteers, are doing their utmost to help vulnerable women and their children, older people, as well as people with disabilities crossing the border regardless of nationality or ethnicity.”

EDF, Inclusion Europe and EASPD have also compiled a list of resources on how to help persons with disabilities in Ukraine. They can be found here, here and here.