Almost three in ten Black employees feel discriminated against by their employer, while four in ten have left a job due to a lack of workplace diversity and inclusion, according to a new survey published on Friday (15 October).. EPA-EFE/FILIP SINGER

On Tuesday (9 June), the Federal Anti-Discrimination Agency (ADS) presented an annual report for the second time since 2018 on the requests for advice it received on incidents of discrimination.

According to the report, in 2019, about one-third of all requests concerned discrimination based on ethnic origin, resulting in a 10% increase of cases of racial discrimination compared to the previous year.

“The figures are a warning signal. Germany is not doing enough against racism,” emphasised an ADS spokesperson during a press conference yesterday (9 June).

The protective scope of the AGG has gaps

The ADS was set up in 2006 as a counselling centre for people affected by discrimination as part of the transposition of a European directive on equal treatment.

The legal basis for the counselling services is enshrined in the General Equal Treatment Act (AGG), which was adopted the same year.

However, the scope of application is limited.

For example, the law only refers to discrimination in the workplace and in civil society relations, also known as “everyday employment”. Renting of property, for example, is covered but not relations with state authorities or the police force.

The regional parliament in the Berlin constituency last week passed a controversial and nationally unique state anti-discrimination law to extend the scope of the law, which is intended to protect those who have encountered discrimination from state authorities.

And according to Franke, the Berlin law should serve as a model for other federal states.

“This is particularly important because the education sector and police work are entirely within the jurisdiction of the federal states,” said Franke, who is also calling for the establishment of independent complaints bodies for police misconduct.

“There must not be a gap in the long run”, warned the ADS Commissioner during yesterday’s press conference.

The Council of Europe’s European Commission against Racism and Intolerance (ECRI) noted that Germany had shortcomings in the fight against discrimination.  In a report published earlier this year, it pointed to a lack of organisations offering effective support to victims of discrimination.

Franke also criticised this, calling for the establishment of anti-discrimination offices in all federal states. To date, however, only half of the Länder have such bodies.

As the annual report of the ADS shows, the AGG’s weaknesses become particularly apparent when compared to similar laws in other European countries.

For example, in many countries, protection also covers social origin, nationality, family and marital status, as well as external appearance, and thus goes well beyond the criteria under German law.

In addition to this, numerous anti-discrimination offices in Germany’s neighbouring countries also have the right to bring collective actions, unlike the offices based here.

“In practice, people here find it much more difficult than elsewhere in Europe to enforce their rights,” said an ADS spokesperson. 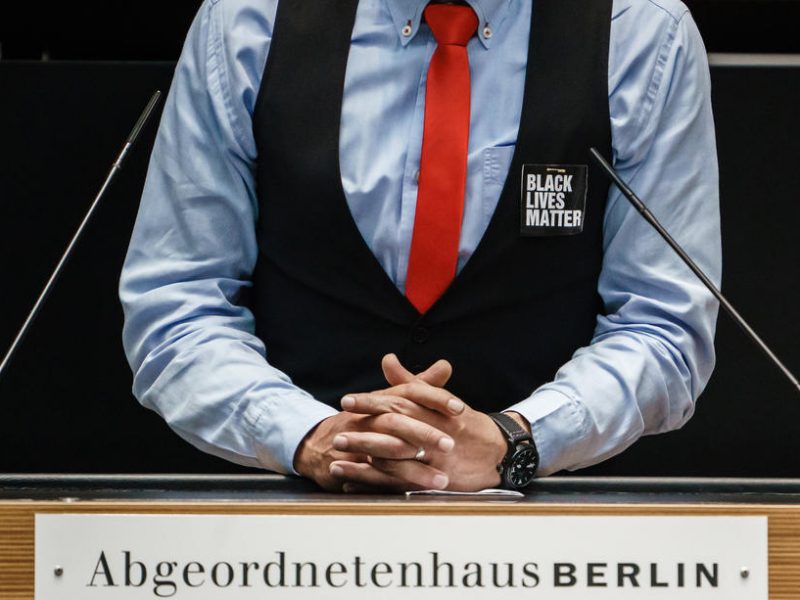 Against this background, Franke pleads for a modernisation of the AGG, adding that the law should be “adapted to the social reality”. According to him, it must apply to all areas of life, “including government action” because gaps would lead to a loss of confidence in the legislation, particularly in the long term.

Reform would have to be initiated by the legislature. Franke is, therefore, calling on the German cabinet committee against racism to put the issue on the agenda.

“We will not be able to combat violence if we treat discrimination in everyday life as a secondary consideration,” he said.