The Brief, powered by Facebook – Refuge of the roads 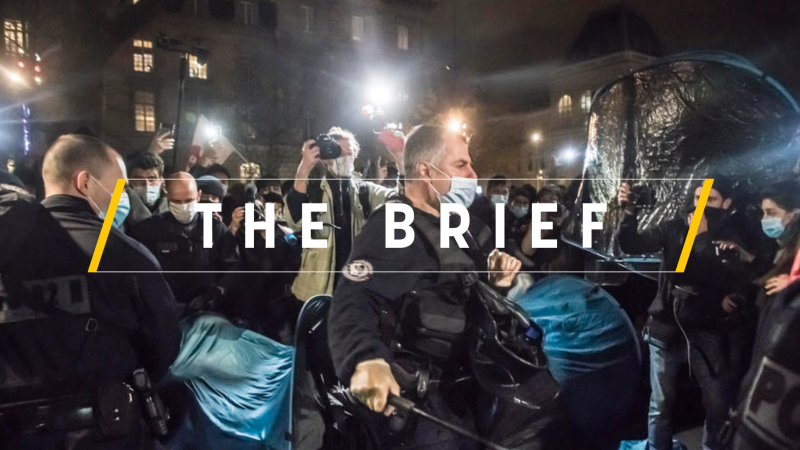 In the words of Joni Mitchell, the iconic Canadian singer-songwriter, you don’t know what you’ve got ‘til it’s gone, and this phrase has never rung truer than this year.

A whole host of privileges, taken by many of us as a given, have been denied to us this year.

For many, it is the first time that we have been denied the right to freely cross borders, something that, in the EU, we are used to doing without so much as a passing thought.

And as Christmas approaches, the reality of being separated from loved ones is weighing heavy on many people’s hearts.

This year has demonstrated that the privilege of freely crossing borders and being reunited with your family is exactly that – a privilege.

But we forget that it is already denied to millions of displaced people, not just this year, but year on year, as they flee their homes and seek safer grounds to make a life for themselves.

If anything, the events of this year should deepen our empathy for those in this terrible situation.

And yet, over in France, we saw what can only be described as attacks on vulnerable refugee communities.

In the depths of winter and in the midst of the pandemic, heavily armed French riot police descended on a new protest refugee camp which emerged in the middle of the Place de la République, the site of major French demonstrations, late on Monday night (23 November).

The camp was created after French police dismantled a larger, illegal migrant campsite near the outskirts of the French capital.

Not renowned for their gentle approach when it comes to refugees, the French police are now being condemned for using excessive force.

Photos and videos show police hitting demonstrators and officers forcibly taking tents, sometimes with people still inside. These were then confiscated along with their blankets.

Police later used tear gas to disperse the rest of the camp, driving the migrants out into the streets of central Paris.

These scenes are shocking, but they are unfortunately all too commonplace in the land of “liberté, égalité and fraternité,” and elsewhere in the EU, where politicians have made little progress in the last five years on adopting concrete plans for handling migrants and refugees.

On a more positive note, as trying as it has been, this year has also demonstrated our enormous capacity for caring.

All across Europe, we see people responding to calls for solidarity, with projects springing up to help support those in need and communities coming together, even if these communities are online.

But this solidarity must be extended beyond our local communities, beyond this year, beyond land to the sea, and beyond borders.

There are many things that we can’t do this year. But showing compassion is not one of them.

Before you head into the weekend, make sure you read our latest editions of the Global Europe, Digital and AgriFood Brief.

The discontent of EU citizens with the Union has been growing fast over the past decade, and has doubled since 2012. EURACTIV takes a closer look regional analysis of the citizens’ dissatisfaction can reveal about the places that are most anti-EU and what the EU can do.

Russian opposition leader Alexei Navalny, who survived a poisoning conducted by Moscow in August, has called upon the EU to target oligarchs close to Russian President Vladimir Putin. Meanwhile, the EU is close to sign off a Magnitsky-style law to impose sanctions on human rights abusers.

Russia’s foreign minister accused the West of interfering in Belarus as he met strongman leader Alexander Lukashenko who has faced months of protests over his disputed re-election.

The Belarusian strongman hinted he would step down once the new constitution is adopted, “not because some kind of democracy is needed” but because giving it to “an unknown president” in its current form would cause trouble.

With the pressure in the EU’s strategic environment mounting, the bloc should not miss the opportunity to increase its defence cooperation, Jiří Šedivý, chief executive of the European Defence Agency (EDA) told EURACTIV in an interview.

Instead of countering disinformation about migrants head on, communication professionals and decision-makers should promote alternative messages to undermine narratives sowing fear, a new study finds.

EU lawmakers have called for reforms, including lowering the voting age, transnational lists, and gender balance rules, ahead of the next European elections in 2024.

The crisis of multilateralism, driven by the competition between the US and China, and a lukewarm push from the current leaders of the EU and Mercosur, explains why the agreement between these two blocks is such a challenge, analysts say.

The recovery of European economies after the coronavirus pandemic may become – thanks to national recovery plans financed by the EU funds – a prelude to catching up with climate goals. Are the Visegrád countries ready to seize the opportunity?

Scotland passed a law to make menstrual products free and end period poverty, but more needs to be done to discuss the environmental and health impacts of disposable products, according to environmental campaigners.

The EU should promote durable and repairable products, as well as boost a second-hand market and tackle greenwashing, under a proposal backed by the European Parliament.

Reducing the production of waste at sporting events remains a challenge for football clubs in France. In the Puy-de-Dôme and Haute-Loire regions, a public authority is helping clubs work towards achieving zero waste.

One response to “The Brief, powered by Facebook – Refuge of the roads”