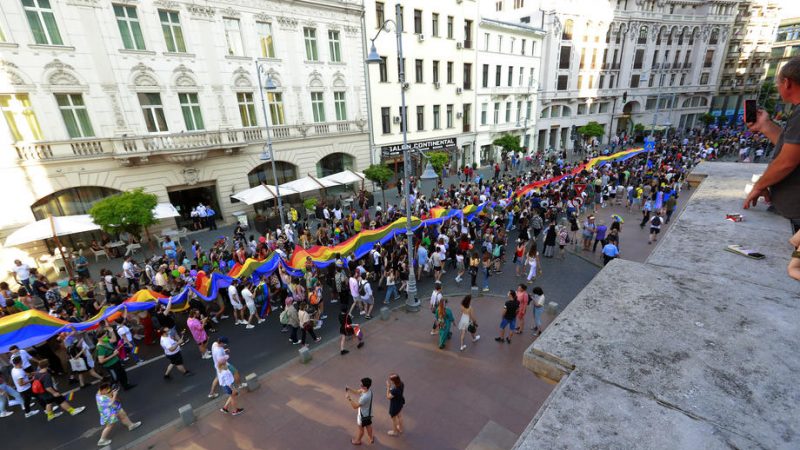 LGBTI rights are slowly improving across Europe, but “big gaps” persist with a number of countries slipping down the ladder, according to a new ranking published by ILGA-Europe on Thursday (12 May).

After years of stagnation, changes in legislation are pushing LGBTI rights forward in several European countries, the study shows.

France and Greece, for instance, lifted bans on blood donation, while Latvia amended the criminal code to protect sexual orientation as an aggravating factor.

However, ILGA-Europe’s advocacy director Katrin Hugendubel warned to “proceed with caution,” explaining that “there are still big gaps on very basic hate crime and anti-discrimination legislation” across Europe.

Moreover, she said progress is “coming in the context of a rise of hate.”

One example is the UK which was downgraded to position 14 due to a “wave of hate” against trans people and delays in reforms on legal gender recognition and conversion therapy bans.

“The UK government is distancing itself more and more not only from the EU, but also from, for example, the European Convention of Human Rights,” Hugendubel said, adding that “discussions around that certainly won’t help in holding the UK accountable.”

While the worst-performing EU country remains Poland, Bulgaria and Romania also ranked very low, mainly due to a rise in anti-LGBTI sentiment.

In Hugendubel’s view, while these countries managed to introduce laws on LGBTI rights in order to access the EU, they then failed to fully implement them.

“What is missing is clearly legislation that’s going beyond EU competence,” she said, adding that “it’s very often family law where big gaps are remaining.”

Poland and Romania are also among the countries welcoming the biggest number of refugees fleeing the war in Ukraine.

While no incidents of “strong violation of rights” against LGBTI refugees have so far been reported, Hugendubel said problems will likely rise in Poland, one of the least LGBTI friendly countries in Europe.

Commissioner for Equality Helena Dalli said the EU executive continues to follow the situation on the ground.

“We are in constant touch with reception centres to see that the needs of LGBTIQ people are seen to,” she said at a LGBTI+ forum organised in Cyprus on Thursday.

However, Hugendubel warned about shortcomings in the temporary protection directive activated by the EU to protect all those fleeing Ukraine.

As same-sex marriage is not recognised in Ukraine, couples might have a difficult time proving their relationship, according to Hugendubel.

“It can be a requirement to prove that they’re married with extensive proof of how people have lived together, common energy bills, things that, if you leave as a refugee in a war situation, you might not carry with you,” she said.