The Brief – The politics of the knee 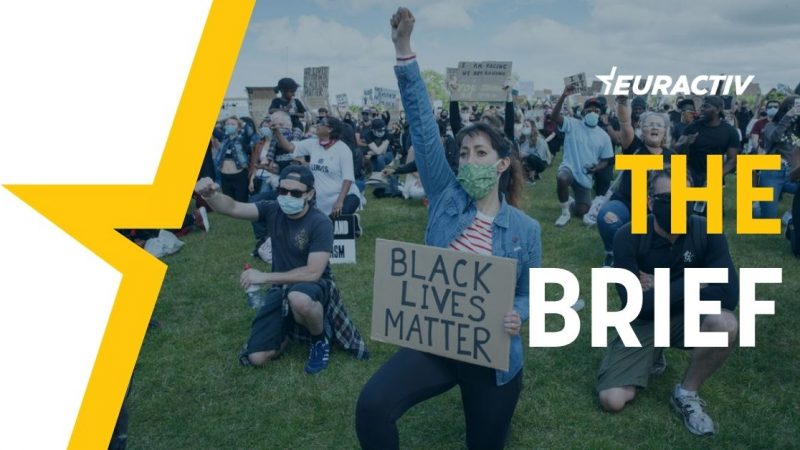 The European championship is a big deal for football fans. UEFA’s marquee event, outranked only by the World Cup. Yet you wouldn’t guess it this year. The build-up to the tournament, delayed for one year by the COVID-19 pandemic, has been muted in the extreme.

That’s no surprise. Sport in a pandemic is a strange and unsatisfying spectacle for supporters, though it’s much better than not having it at all. This tournament will also look different: the games held across a range of European countries, with a small number of socially distanced supporters in the stands.

But the pandemic is not the only upheaval that will be obvious at this year’s tournament.

Some teams have said they will be taking the knee at the start of games in an anti–racism protest that has become commonplace since the murder at the hands of a US policeman of George Floyd in May 2020 and the subsequent global wave of Black Lives Matter protests.

A handful of teams have already said they will take the knee: England, France, Belgium, Wales, Finland and Austria. Most of the 24 nations competing have launched an anti–racism campaign of some description. Meanwhile, Hungary and Poland are heading up a small group who state vociferously that they will not be taking part in the symbolic act.

But don’t be fooled into thinking this reveals an east-west divide. At England’s latest warm-up match last weekend, a small section of fans booed when the team knelt before kick-off. A handful of publicity-seeking right-wing conservatives say they won’t support the national team until the kneeling stops.

Some claim that Black Lives Matter is a Marxist group, others say that the act of kneeling is divisive and, you might well ask, what does it have to do with football?

Yet only the naïve would stick doggedly to the claim that politics and sport don’t mingle. The acts of hosting and winning international sporting events are as much demonstrations of national prestige as they are sporting prowess.

Still, it is puzzling that what is so obviously a dignified demonstration of solidarity has become so politically charged, and is apparently so threatening to some people.

In truth, this reaction is probably a microcosm of where European societies finds themselves. The football federations most strongly opposed to taking a knee tend to come from countries where racism is most prevalent and race relations are at the bottom of the agenda.

UEFA, like so many European governments, continue to evade the issue by talking the talk about racial equality and non–discrimination but then handing out insultingly small fines and suspensions for racist chanting and abuse both in the stands and on the pitch.

Until teams are threatened with suspension or expulsion from competitions when their supporters make monkey chants at black footballers, nothing will change.

The success of taking the knee is that it has done what governing bodies and previous campaigns have failed to do in forcing societies to face uncomfortable truths.

The world’s largest oil and gas companies increased investment in clean energy by 34% in 2020, despite a 6% fall in global energy demand caused by the coronavirus pandemic, according to new research published on Tuesday.

In Serbia, corruption is investigated only in rare cases when it suits the country’s president, Aleksandar Vučić, as the Krušik arms export scandal shows, Svetla Miteva writes in an opinion piece.

For all the latest news related to transport and travel, check out this week’s Transport brief.