By A group of MEPs 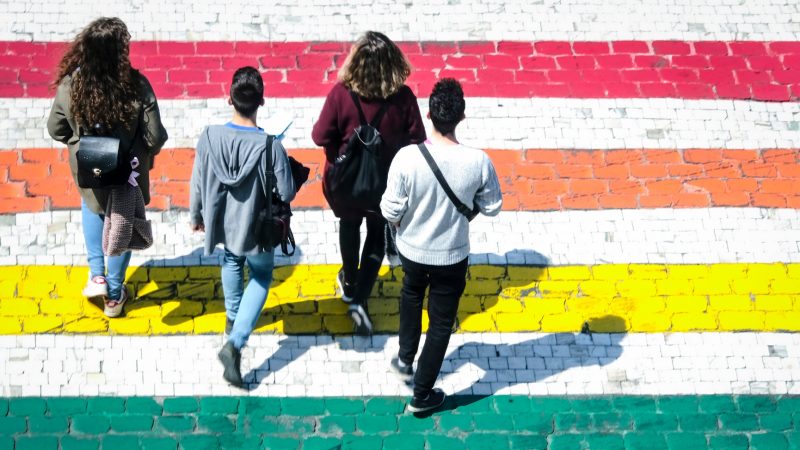 Today, one in three Polish citizens lives in an “LGBTI ideology-free zone”. How many of them identify as LGBTIQ? wonder a group of MEPs. [© European Union 2019 - Source : EP]

Two years ago, the county of Świdnik in Poland was declared an “LGBTI ideology-free zone”. Today, a group of lawmakers in the European Parliament have taken the initiative to declare the European Union an LGBTIQ freedom zone.

This op-ed is co-signed by a group of MEPs listed at the bottom of the article.

Today, two years after the first “LGBTI ideology-free zone” was declared in the county of Świdnik in Poland, the European Parliament will vote on a resolution to declare the European Union an LGBTIQ freedom zone.

Although the protection of LGBTIQ people overall has been strengthened in the last decades, we are currently witnessing the rise of a state-sponsored witch-hunt against the so-called “LGBTIQ ideology”.

Today, one in three Polish citizens lives in an “LGBTI ideology-free zone”.

We are talking about many thousands of people living in fear and being denied the right to live their lives in freedom. A chilling thought.

It cannot be that a piece of cheese with a certificate of origin is better protected than many of our fellow Europeans. As Ursula von der Leyen rightfully stated in her 2020 State of the Union address to the European Parliament: “LGBTI-free zones are humanity-free zones, and they have no place in our union.”

Just the tip of the iceberg

Although the situation in Poland is the clearest and most evident example of state-sponsored homophobia and transphobia, we have a broader problem in Europe.

From Hungarian transphobic laws to the homophobic assaults in the streets of European capitals. From the online hate speech of a Lithuanian Member of the European Parliament to discrimination and bullying in schools and places of work.

Looking at the big picture, anyone would easily grasp the reason why Renew Europe has taken the initiative to declare the European Union an LGBTIQ freedom zone.

Not only is it a response to the LGBTI ideology-free zones in Poland. It is also a heartfelt act of support for LGBTIQ persons in Europe, a loud scream to be heard in every corner of European cities and countryside: “Your freedoms will prevail! The European Parliament will not stay silent when our core values are under attack.”

Freedom needs to fight back

Yet, we need more than just words. May this resolution be the starting point for the road to freedom’s victory over hatred all around the European Union. Freedom to be who you are. Freedom to love. Freedom to proudly own your sexual orientation and your gender identity. Freedom to walk in European streets fearlessly. Freedom to build your own family.

The European Parliament will wage this fight, but it is a fight that cannot be won alone.

We call on villages, small and big cities, capitals, rural and urban regions, on organisations, schools, and companies all across Europe to join the European Parliament on this road and declare themselves LGBTIQ Freedom zones, to leave no room for LGBTIQ-phobia to prevail over the freedom of LGBTIQ people.