Why Orbán’s ‘child protection referendum’ makes no sense, and why it does 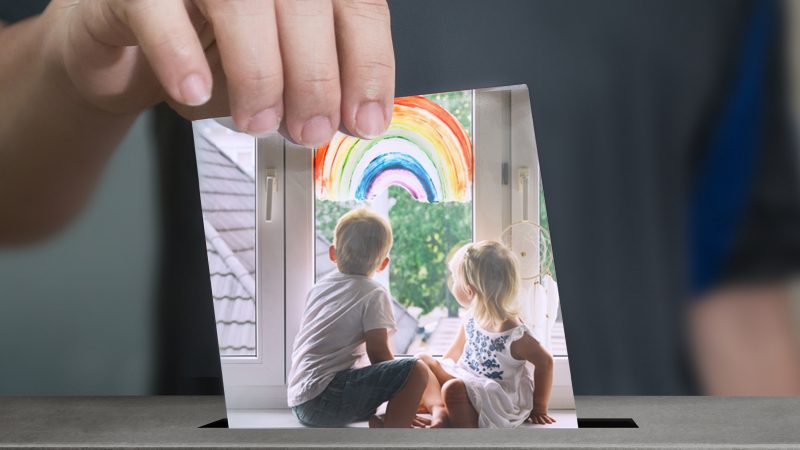 *This opinion piece is an abridged version of the full analysis published on Telex.hu

The law in question was adopted on 15 June. Its first draft was primarily aimed at introducing heavier criminal sanctions on paedophilia; however, a last-minute amendment to the bill added the sections that limited LGBTQ+ themes in media and sexual education.

On 30 July, the National Election Commission (NVB), responsible for green-lighting the referendum, met and approved the questions by nine votes against two, despite opposition delegates, three of whom had left the chamber before the vote, arguing the questions are ambiguous and raise several concerns.

On 16 August, the Hungarian Two-Tailed Dog Party (initially a joke party that is getting serious as it gains popularity) attacked the decision at the Curia, Hungary’s apex court. They argued that the questions are unclear and that they concern subjects about which the Parliament has already decided.

Since then both the Hungarian Civil Liberties Union (HCLU) and opposition party Momentum have also turned to the Curia.

Let’s examine the questions in detail:

“Do you support public education facilities having educational programs for underage children, without the parents’ consent, that introduce sexual orientations?”

This question echoes the prime minister’s arguments against EU complaints: “sexual education of children is the right of the parent”.

The Child Protection Act now requires external organisations that hold school programs on sexual education (among other topics) to register with the state because “questionable” organisations representing “certain sexual orientations” are “influencing children’s sexual development,” causing them damage, the explanatory memorandum attached to the bill claims.

Despite the government narrative, however, sexual education programs (or, for that matter, any guest programs in schools) could never be held by simply anyone who just happened to waltz into a classroom.

Choosing the program itself was and is the competence of school principals, requiring the school’s psychologist and health service to sign off on it, and the regulations already featured general safeguards regarding the content that prevented harm to children’s development.

“Do you support the propagation of gender reassignment treatments to underage children?”

As an ombudsman’s report from 2016 reveals, minors were never allowed to start the transition process or change their legal gender and name – although, in 2020, Fidesz abolished gender recognition, so the latter is no longer available to adults either.

“Do you support the unrestricted sharing of media content with underage children that influences their sexual development?”

“Do you support sharing media content with underage children that portrays gender change?”

Protecting children from harmful content in media has always been the focal point of any Hungarian media regulation, and children’s rights have always been the constitutional basis for these laws restricting freedom of expression.

The practical difference is that the prior regulation had set the same standards for determining the harmfulness of content featuring heterosexual/cisgender and LGBTQ+ themes. Now, LGBTQ+ content is automatically considered to be potentially harmful by law.

In practice, these laws will be applied by the media authority NMHH and its governing body, the Media Council, consisting only of the governing party’s candidates. They are expected to publish a directive on the precise application of these regulations in September.

Contesting the primacy of EU law?

It’s easy to interpret the referendum as Viktor Orbán building his case to defend the Act at the European level.

The European Court of Justice (ECJ), which, though has a strict view on the primacy of EU law, does leave a certain wiggle room for member states’ legal systems. National identities and fundamental values expressed EU countries’ constitutions may be accepted as valid excuses for divergence from EU laws.

A successful referendum could easily be cited as an indisputable expression of the people’s will, illustrating that these regulations are central to Hungary’s national identity.

As for fundamental rights enshrined in the constitution, since late 2020, Hungary’s Fundamental Law also includes a provision that “protects the children’s right to an identity corresponding to his or her sex at birth and ensures an upbringing for them that reflects the values based on Hungary’s constitutional identity and Christian culture.”

However, being exempted from applying certain parts of EU law would require proper justification, and chances are thin that the Hungarian government’s reasoning, which basically boils down to “homosexuality is a danger to our children,” would sit well with either the Commission or the ECJ.

It seems telling that the Prime Minister made the announcement just three days after the Pegasus surveillance scandal broke, in which numerous opponents of Orbán’s government also appeared on a list of potential targets, with journalists, politicians, and lawyers confirmed to have been wiretapped.

As Hungary is still under a special legal order due to COVID-19, referendums could not be held, but mere hours before Orbán made his announcement, out of nowhere, a decree appeared in the Hungarian Gazette, allowing the initiation of referendums with immediate effect.

With the announcement, the governing party gained back control over the public discourse despite the scandal.

The referendum is also likely to coincide with opposition primaries, overshadowing that campaign.

It is also likely to create tensions in the opposition alliance, as one of its members, formerly far-right Jobbik, did vote in favour of the Child Protection Act in June, albeit as they claim, only because of its provisions on paedophilia.

The party’s press office said that after a potential election victory, they would “repeal parts of the law that have nothing to do with protecting children.”