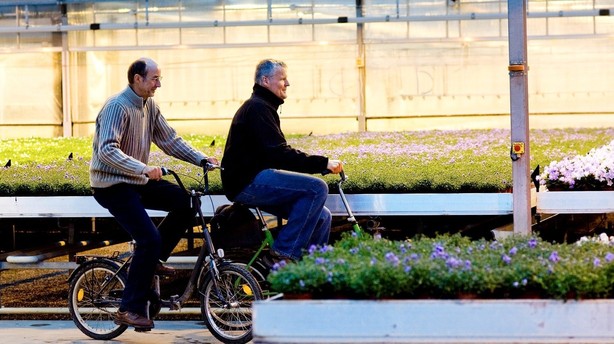 This article is part of our special report Air Quality 2013.

SPECIAL REPORT / Denmark’s tax on nitrogen oxide emissions, which was raised during the financial crisis, could be scrapped if it’s proven to have a negative impact on jobs and competitiveness.

The centre-left Danish government, which was formed in October 2011, decided at the end of that year to raise the tax from 5 to 25 Danish crowns (from €0.7 to 3.4) per kilo of nitrogen oxide NOx emissions. The tax was introduced on 1 July 2012.

The increased NOx tax was adopted after long debates in the Danish parliament where opposition parties warned it would be expensive not only for companies emitting NOx, but for all businesses.

“This increase will reduce our competitiveness and cost thousands of Danish jobs,” argued Torsten Schak Pedersen, spokesperson on tax issues for the Liberals’ opposition party.

Another liberal politician, Kim Andersen, worried that an increased tax would affect companies hard-hit by the global financial and economic crisis.

“This is like dealing with a sick guy by kicking him in the stomach and hitting him in the head with a hammer so that he can really feel it,” he said told the magazine Ingeniøren.

Last October, the government reversed policies on another controversial tax, having abolished a levy on fatty foods on the grounds that it was hurting the economy and encouraging people to shop in neighbouring Germany. The government also scrapped its plans to introduce a sugar tax targeting sweets and drinks.

The government’s initial plan was to apply the new NOx tax as of 1 January 2012, but it later decided to postpone it by six months, arguing it would give companies time to invest in technologies to reduce their emissions.

Thomas Jensen, tax spokesperson from one of the ruling coalition parties, the Social Democrats, argued that the tax would not only reduce pollution but also finance some government initiatives to boost the Danish economy during the crisis.

“We have heard about doomsday and wrong calculations from the opposition parties about what the tax would cost. But the new tax will ensure financing and at the same time reduce NOx emission. The companies which will pay the most are also the companies with the most emissions,” he stated.

Jensen referred to previous experiences from Denmark and abroad, which showed that a higher tax would reduce both NOx and other kinds of polluting gases.

Jonas Dahl, tax spokesperson from the Socialist People’s party, mentioned that money raised by the tax, around 600 million Danish crowns per year (€80.5 million), would ring-fence the jobs opposition parties were afraid would be lost.

“The NOx tax is going to kickstart the Danish economy and get us up of the hole we have been in,” Dahl stressed.

The Danish NOx tax hits power plants and energy-intensive industries, such as the Aalborg Portland cement plant which threatened to move its headquarters outside of Denmark. The right-wing think tank Concito criticised the tax for being 'environmentally wrong' as it does not include transport and wood stoves, which also emit NOx.

Growers who use oil for heating have been especially hard hit by the NOx tax. Leif Marienlund from the Danish Horticulturists organisation said it distorts competition for Danish producers and hopes the tax will eventually be repealed.

“The NOx tax is hitting our members disproportionately. Not just up against our competitors in the Netherlands and Sweden, but also within Denmark,” he said according to the newspaper Berlingske Tidende.

“The tax hits especially horticulturists with CHP engines based on gas and those using oil in the peripheral areas of the country and that is around 30% of our members.”

When the Danish government started discussions on a new job plan in January 2013, Socialist Environment Minister Ida Auken mentioned that she would be ready to look into the NOx tax and change it if the tax did not produce the right effects.

“NOx is a problem, but the question is whether we are getting enough out of this tax as it is. The tax can be put together in many ways and I’m willing to look into this,” she told the online site Altinget.

“Taxes have to be put in place the right way. Green taxes must have the primary goal of benefiting the environment. There are some taxes that I would like to look at without prejudice. Are they working so that they benefit the environment or are they just benefiting our budget? If they are only helping the budget then I won’t stand in the way of changing them.”

The Danish NOx tax was eventually not affected by the government’s new job plan.

The European Environment Agency (EEA) says the following are leading pollutants that affect the health of humans and ecosystems: