The European Space Agency had hoped to continue its domination of the commercial satellite market with Ariane 6. [Photo: ESA]

The European Space Agency (ESA) will not launch its new generation of space rocket, the Ariane 6, in 2020 due to the impact of the coronavirus outbreak. Travel restrictions and lockdown measures have put paid to the agency’s original schedule.

Ariane 6 was due to blast off for the first time at the end of this year but its debut will have to wait until 2021, a senior ESA official said on Thursday (28 May).

“We can say for certain that the launch will not happen in 2020,” the agency’s director of space transportation, Daniel Neuenschwander, told AFP.

The space vehicle’s development cycle was particularly exposed to the worst effects of the virus outbreak, given that the project spans 13 different countries and draws on a network of more than 600 companies.

ESA was unable to provide a rescheduled launch date.

The agency operates its Ariane 5 and Vega rockets from a spaceport in French Guiana, where work is ongoing to adapt the site to the larger Ariane 6’s specific needs. However, lockdown measures were imposed on 16 March and employees have only just started to return.

Ariane 6 is an upgrade in terms of load capacity and costs, due to more efficient production processes aimed at allowing ESA more flexibility in carrying out missions. But unlike SpaceX’s Falcon rockets, it will not be reusable.

The Ariane rocket programme has put roughly 50% of the world’s commercial satellites into orbit since its inception in the late 1970s, breaking a US-monopoly over the industry.

Earlier in the year, the European Commission and European Investment Bank agreed to fund the Ariane project with €100 million in financing, which will be contingent on the programme turning a profit once in full operation.

The debut launch is not the first of the space agency’s lofty plans to be delayed by virus-induced pressures. A Mars mission that involves putting a rover on the red planet’s surface was pushed back from this year to 2022. 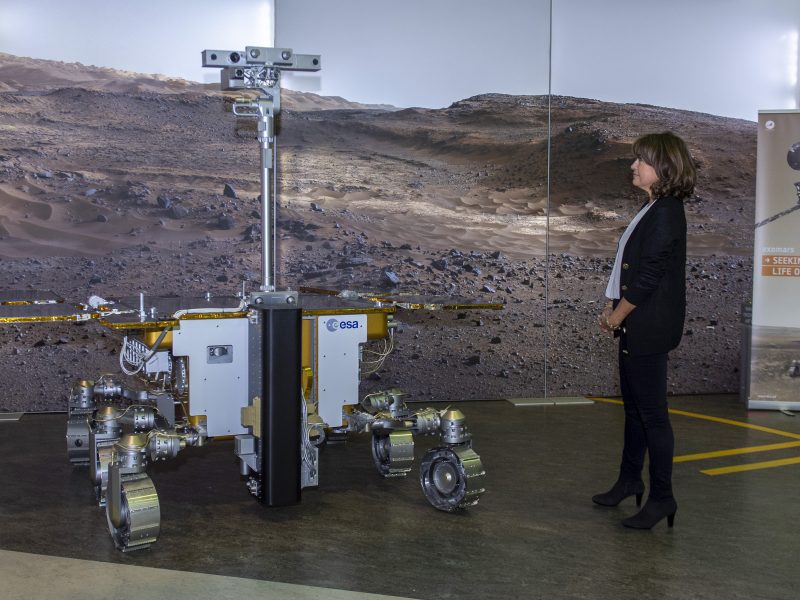 The European Space Agency and its Russian partner, Roscosmos, announced on Thursday (12 March) that a planned mission to Mars will be postponed, blaming it on a mixture of technical gremlins and the coronavirus outbreak.

It marks a disappointing week for the space industry, after NASA’s first crewed launch from American soil in nearly a decade was scrubbed due to bad weather. Another attempt is pencilled in for Saturday.

The EU executive originally earmarked €16 billion for space policy and looked set to keep faith in the sector after creating a dedicated department for the first time. However, the latest proposal shows that there are bigger priorities elsewhere.

That was despite senior officials from across the industry writing to the Commission last week to reiterate the economic potential of space industries. Technologies like the Galileo and Copernicus satellite systems have helped create a market worth more than €60 billion, they pointed out.