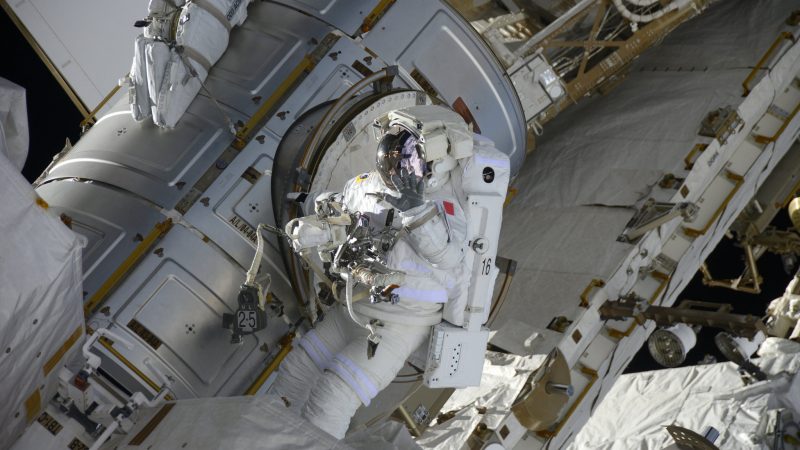 Astronaut Thomas Pesquet during his first spacewalk in 2017. [Photo: ESA]

A European Space Agency (ESA) astronaut will be part of a crew aboard a SpaceX rocket bound for the International Space Station in spring 2021. It will be the first time a European has accessed space via a non-Russian mission since 2011.

Frenchman Thomas Pesquet was announced on Tuesday (28 July) as one of a four-person crew for next year’s launch to the space station. It will be the second full mission by SpaceX, an American aerospace company started by Tesla founder Elon Musk.

The ESA spaceman will blast off alongside seasoned NASA astronauts Shane Kimbrough and Megan McArthur, as well as Japan’s Akihiko Hoshide, for a six-month-long stint in orbit. They will be joined by three other astronauts, who will arrive via Russia’s Soyuz rocket.

“I am thrilled to be the first European to fly on the new generation of US crewed spacecraft,” Pesquet said, adding that it “will be a privilege” to have flown both SpaceX’s Dragon and Soyuz spacecraft.

Musk’s firm successfully launched two NASA astronauts in late May, marking the first time the US has been able to access space independently since the retirement of the space shuttle programme in 2011. They are due to return to Earth on 2 August.

That demo run will be followed up by a first official mission in early September, when four more astronauts will head for the space station. SpaceX is contracted for six crewed launches as part of a $2.6 billion deal.

Although Pesquet stressed the “unbelievable track record” of the Soyuz rocket, SpaceX’s Dragon spacecraft could prove advantageous as it can carry one more astronaut, boosting the  International Space Station’s crew to seven.

NASA said in a statement that an extra astronaut will allow the agency “to effectively double the amount of science that can be conducted in space”.

ESA executive David Parker said that “these new assignments are thanks to the strong commitment to the European exploration programme made by ministers at Space19+ in Seville”, referring to a recent meeting where the agency secured a larger budget.

That larger war chest is earmarked for more crewed launches, investment in a return mission to the Moon and even a new space station. ESA has no official plans to develop its own spacecraft but the head of Europe’s main rocket builder is open to the idea.

“Nothing is impossible. The American manned space programme started again in 2012. Eight years later, there was this SpaceX manned flight. If Europe made the same choice, by the end of the decade, it would be possible,” Arianespace CEO Stéphane Israël said in May.

France’s European Commissioner, Thierry Breton, is championing space policy but as part of a European Council deal on the long-term budget last week, the sector came away with €3 billion less than previously earmarked.

That smaller budget could kill any appetite to develop a rocket capable of crewed launches, despite Israël’s insistence that it is technically feasible. His firm’s new Ariane 6 launcher is due to debut early next year, after the coronavirus outbreak pushed back the date. 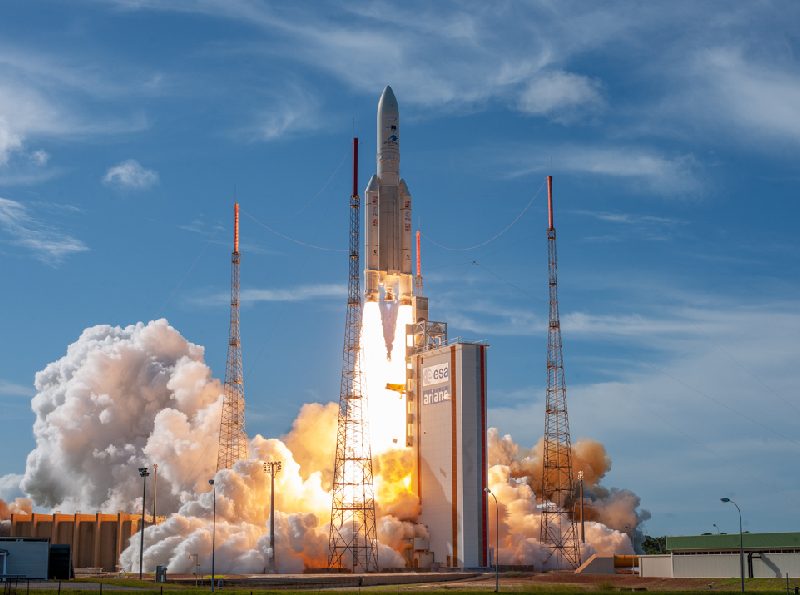 The European Space Agency (ESA) will not launch its new generation of space rocket, the Ariane 6, in 2020 due to the impact of the coronavirus outbreak. Travel restrictions and lockdown measures have put paid to the agency’s original schedule.