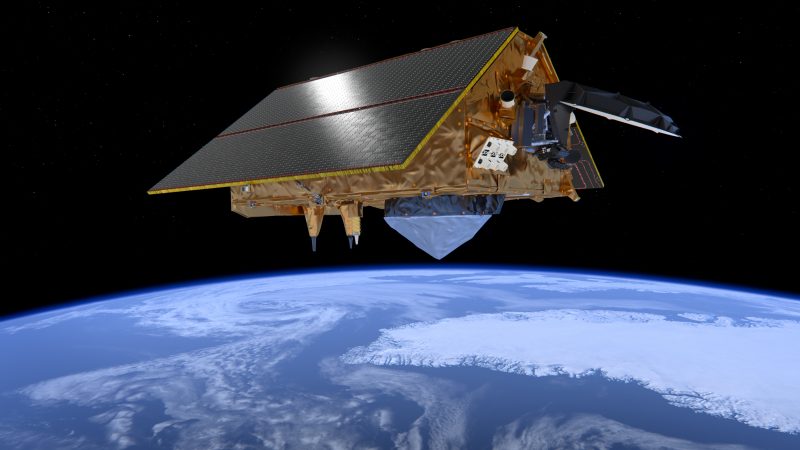 An artist's impression of the Sentinel-6 satellite in action. [Photo: ESA]

A European-built satellite designed to precisely measure sea levels successfully made it into orbit on Saturday (21 November), helping the EU’s Copernicus fleet of eyes-in-the-sky grow in size and provide a fresh set of climate-relevant data.

Sentinel-6 blasted off on board a SpaceX rocket on Saturday, as part of a joint partnership between Europe and the United States. The satellite will now start mapping sea levels in high detail as part of its seven-year-long mission.

Named after NASA oceanographer Michael Freilich, the dog-kennel-shaped satellite will use radar signals to measure ocean levels to within a few centimetres of precision during orbital passes every ten days. A second identical satellite will be launched in 2025.

European Commissioner Thierry Breton, who oversees space policy, lauded the mission, while the director-general of the Commission’s defence department, Timo Pesonen, said: “We are very pleased to welcome this newcomer to the EU’s fleet of Copernicus Sentinel satellites.”

The data Sentinel-6 provides will be crucial to climate policies, as sea levels are a crucial indicator of global warming. Other monitoring missions over the last 30 years have revealed that the global average annual sea level rise has reached 3.5mm and is accelerating.

In certain areas of the globe, levels have risen by centimetres every year.

Eric Leuliette of the US National Oceanic and Atmospheric Administration said that the new satellite will also “help us do all sorts of improvements to forecasts, including using the atmospheric measurements to monitor hurricanes from their formation all the way through their whole life and dissipation.”

“The mission findings will enable governments and institutions to establish effective protection for coastal regions. The data will be invaluable not only for disaster relief organisations, but also for authorities involved in urban planning, securing buildings or commissioning dykes,” said Philippe Pham from aerospace firm Airbus, which built Sentinel-6.

Nerves were at breaking point before the NASA-led launch of the 1.2-tonne satellite, after a European Space Agency rocket failed minutes after take-off earlier in the week. A wiring fault led to the loss of both the rocket and the two satellites it was carrying.

In 2025, Copernicus will add another satellite in the form of Sentinel-7. That addition will track CO2 emissions to their source, giving the EU an added weapon in the climate change fight as it will provide a detailed map of where carbon dioxide is actually coming from.