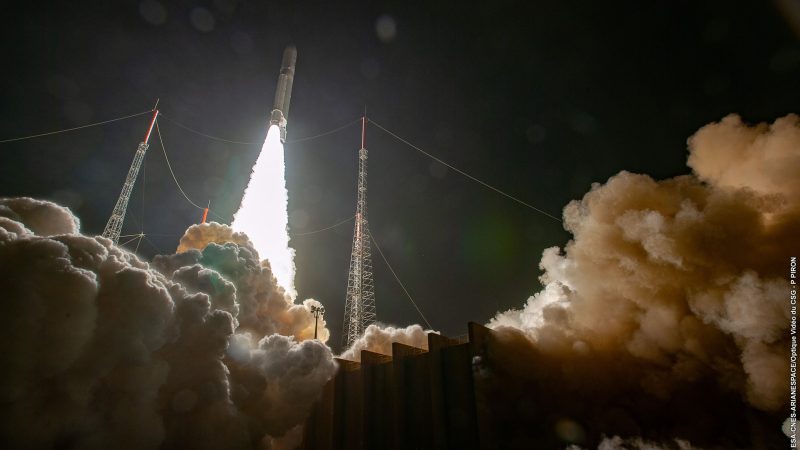 Europe's rocket launching capacity will be the main focus of the new alliance. [Photo: ESA]

Franco-German cooperation on space policy will reach new levels after the economic ministers of the two countries pledged to work together more closely on securing Europe’s independent access to the stars.

Paris and Berlin have already promised to team up on issues like electric car batteries, 5G technology and hydrogen power. Now, France and Germany are looking to the heavens for their next bout of cooperation.

According to a new political alliance launched on 10 December, the two nations want to boost the European space industry’s competitiveness and successfully conclude the Ariane 6 project, a next-generation rocket launcher.

Ariane 6 is Europe’s attempt to corner the market for putting satellites into orbit, through advanced engineering techniques that make the new rocket cheaper to build and launch. The rocket’s debut mission was delayed from 2020 to 2022.

COVID-linked issues have caused the delay, as travel restrictions have prevented engineers and technicians from proceeding along their planned timeline.

“For the first time in 15 years, we will work jointly on the future of European launchers. It will enable the space industry to become more efficient and competitive, in order to keep the EU among the world leaders in the field,” said French economy minister Bruno Le Maire.

Le Maire signed a joint declaration with his German counterpart, Peter Altmaier which also commits the two governments to working on so-called micro-launchers, capable of putting smaller payloads into orbit.

“Cooperation between European corporations in this field has to be market driven. France and German will promote cooperation in this field,” a joint statement said.

The next Director-General of the European Space Agency (ESA), Josef Aschbacher, called the alliance “excellent news”, tweeting that “space is strategic for Europe”.

Stéphane Israël, the head of Arianespace – the firm developing the Ariane 6 launcher – said that “the long lasting success of European launchers needs a strong Franco-German partnership”.

The first milestone of the new partnership will be a report by a high-level working group in mid 2021 on the most important next steps.

According to the joint declaration, a priority will be “how to prepare the future of European launchers”. That may include deciding whether or not to start work already on the Ariane 7 rocket, even though its predecessor is yet to take off.

Israël has suggested previously that Ariane 7 could be equipped with crewed launch capacity, lacking from both Ariane 5 and 6, or be developed to be reusable, along the same lines as Elon Musk’s SpaceX rockets.

A political decision at the ESA ministerial level would be needed to kick off that process and significant funding would have to be supplied. For its next long-term budget, the space agency was actually granted a larger-than-requested war-chest.

European astronauts are currently reliant on the Russian and US space programmes to reach orbit. ESA has inked long-term deals with NASA to build a new lunar space station and secure seats on a future mission to the Moon. 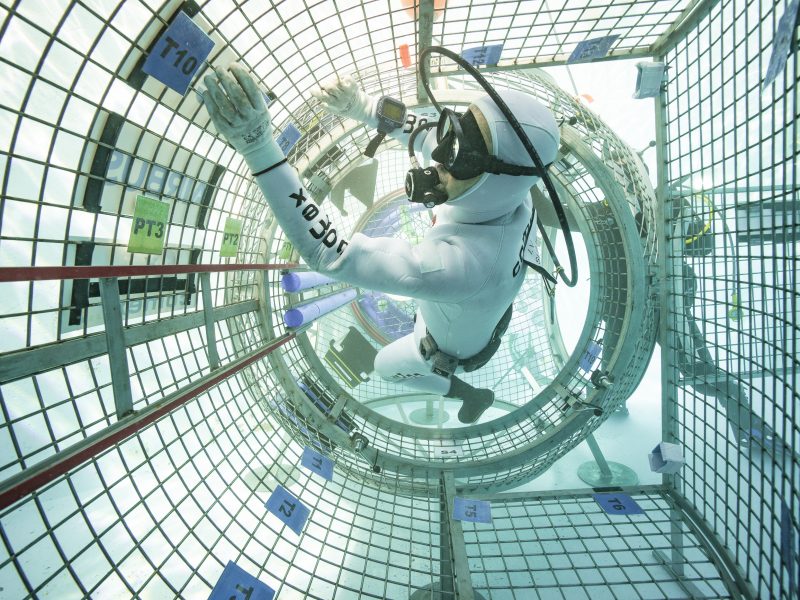 The European Space Agency signed an agreement with US counterpart NASA on Tuesday (27 October) that confirms Europe’s involvement in building a space station in orbit around the Moon and clears the way for ‘Euronauts’ to set foot on the lunar surface for the first time.

One response to “France and Germany launch space race alliance”