Where does Europe stand in the space race?

By Tomas Dimitrov | Space and Aviation Account Manager at Logos 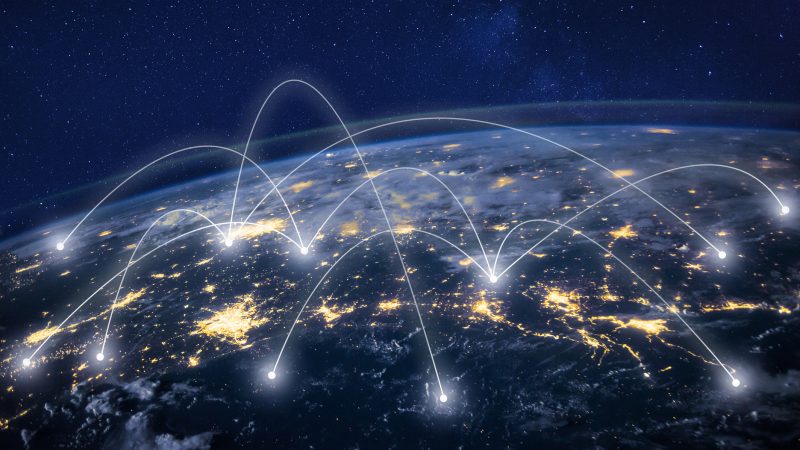 With the 50th anniversary of the first Moon landing, there’s been an abundance of media coverage about space issues this summer. For the past decade, headlines have been awash with extravagant presentations of world-renowned entrepreneurs or the discovery of new Earth-like planets. The European space sector contributes to some 10% of total economic output.

Beyond tantalising discoveries, there is a riveting global competition for multi-billion-euros’ worth of technologies. Public entities no longer have a monopoly. Forward-looking companies have recognised the market potential of space-related technologies because these innovations can transform the everyday life of billions of consumers. For example, recent wildfires in Siberia and Brazil have been managed, thanks to Earth observation data.

But where does Europe stand in the 21st-century space race? The challenges abound, and they cover technological, financial, environmental and geopolitical dimensions.

One’s standing in the space race largely depends on what is called “access to space” and most importantly, the cost of it. The problem is to provide autonomous, safe and cost-efficient technology that can deliver a space infrastructure into the Earth’s orbit (e.g. satellites). In this area, developing reusable technology is a game-changer.

SpaceX, an American company, is leading the development of this technology. It can thus reduce the price of space transportation. Currently, the launch price for a full thrust mission with the Falcon 9 is EUR 56 million, which is about half the price compared to European competitors.

Meanwhile, Europe is catching up by attempting to develop its own reliable, yet cheaper and reusable technologies. The recent RETALT (RETro propulsion Assisted Landing Technologies) project should drive down the cost of accessing space. With an investment of EUR 3 million into a consortium between the German space agency (DLR) and five private companies, many commentators were quick to mock the (small) size of the investment.

In comparison, SpaceX relied on more than EUR 350 million in public support for designing and developing its reusable Falcon 9 rocket. However, the EU is committed to channel more funding to achieve autonomous and efficient access to space. It’s one of the six pillars forming the European Commission proposal for the space programme currently being negotiated.

To assess Europe’s capacity to achieve cost-efficient access to space, additional initiatives must be considered. For instance, the European Space Agency (ESA) (an intergovernmental institution of 22 member states), national space agencies and the industry are developing a “ride-sharing” solution to space called Vega’s ride-share to space.

Based on the so-called “Lego-style” dispenser, it can launch 40 small satellites at once, allowing companies and research institutions to share the costs of the ride. It’s a game changer for the launch of small/miniature satellite, such as the CubeSat, a 10-cm box).

With the race firing up and the increased number of players, a key issue will be the preservation of space assets. More than 4,000 satellites exist in space today with the majority non-functional. As a result, the greatest risk to space missions comes from non-trackable debris. Estimates suggest that more than 20,000 items of debris, larger than a softball, currently orbit the Earth.

Additionally, there are 500,000 pieces of debris marble-sized or larger. Against this backdrop, the EU has launched a Space Surveillance and Tracking (SST) programme to localise and monitor space debris. Poland, Portugal and Romania are expected to join the five founding member states (France, Germany, Italy, Spain and the UK).

While the logic is straightforward, it’s an extremely complex process requiring the sharing of sensitive information considered of national security value. The civil-military model of the SST Consortium could provide a blueprint for future multinational space programmes.

The preservation of assets is also taking a military angle. In 2019, Macron announced that France would be stepping up its defence capabilities with the air force becoming responsible for the protection of space assets.

The initiative aims at protecting critical space infrastructure, such as communication satellites, in the event of space warfare. He made it clear that the French move will be within “an EU framework”. With several space and military initiatives already under the chapeau of the EU, the next Commission is expected to push for a new EU defence framework on space.

Germany outspokenly supports a pan-European approach to defence, including when it comes to space. Those bold military initiatives are to keep the EU on par with international space powers. In 2020, the Trump administration will increase its spending on national security space programmes by 20%.

All three form the basis of the new Commission proposal for the space programme. However, to sustain Europe’s leadership in that area, the EU has committed to make operational its Governmental Satellite Communications (GOVSATCOM) programme.

Through the pooling of national resources, the objective is to ensure reliable, secure and cost-effective satellite communication services. It helps the EU prepare in full autonomy for the next generation of satellite communications. In the long run, GOVSATCOM is bound to further cement European competitiveness in space.

In the end, the crux of the race will be money. Again, pressure comes from the United States. NASA’s annual budget is EUR 19 billion and theDepartment of Defense allocates an additional EUR 13 billion to space programmes.

In the EU, the ESA’s annual budget stands at EUR 5.7 billion. For the years 2021-27, the European Commission is proposing a budget of EUR 2.3 billion annually to boost the EU’s space leadership and the sector’s competitiveness.

The EU’s framework programme for research, Horizon 2020, has earmarked approximately EUR 200 million annually in R&D for space-related activities. Currently, policymakers are discussing the possible synergies between the space programmes and the upcoming research programme, Horizon Europe.

Even when adding national commitments, public funding for space in Europe trails behind the United States. The gap is even more prominent when considering the private contribution to space R&D.

Thanks to efficient collaboration and synergies, Europe is maintaining its competitiveness. There are European companies in all value chain segments. Space matters are sure to remain high on the political agenda of the next Commission.