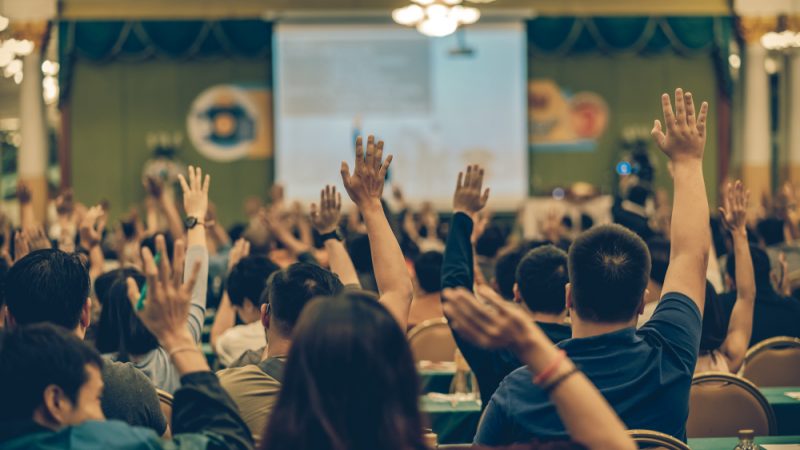 Municipal leaders are giving their citizens a say in an effort to boost their inhabitants’ trust in local administrations. [Shutterstock/TZIDO SUN]

This article is part of our special report Participatory budgeting: hype or democratic panacea?.

Projects meant to give power to EU city dwellers risk being reduced to a box-ticking exercise unless municipal leaders can convince as many of their constituents as possible to participate.

European city leaders are sharing power with their citizens to boost their inhabitants’ trust in local administrations through a range of collaborative and citizen-driven initiatives.

“I think to sustain the trust in representative democracy, we have to extend it, especially on a local level, to participatory democracy and direct democracy,” the mayor of Zagreb, Tomislav Tomašević, said speaking at the Budapest Forum in September.

Participative tools like consultations and shared decision-making on city budgets between inhabitants and municipal governments are seen as a way to empower citizens on local issues.

However, participative processes as “a matter of power-sharing” will only work if there is the political will to go beyond “ticking a box,” according to Anna Lisa Boni, secretary-general of Eurocities, a network of large cities in Europe.

Some have even questioned whether these tools bolster local democracy at all.

These initiatives often turn out to be no more than “paper exercises”, empty of real and equal participation, said Rebecca Rumbul, head of research at mySociety, a not-for-profit working on civic engagement.

“I think participatory exercises, consultations, these kinds of things, they’re often used to just legitimise the process,” she said.

Heli Rantanen, development manager for digital participation at Helsinki administration, disagrees. “That’s not the case in participative budgeting,” she said.

“The city is obliged to implement the results; there’s no question about it,” she said.

However, Rantanen recognised that not all citizens are equally taking part in this participatory exercise. The 2020 city’s evaluation showed the underrepresentation of minority groups, for instance, immigrants, who often struggle with language and cultural barriers.

The city said it is now cooperating with local NGOs to bridge the divide and reach out to marginalised communities to remedy this. For example, the administration found out that people who didn’t trust the local government in their origin countries are less likely to engage when they become residents in Finland.

But a lack of trust is not the only cause for low levels of citizen participation. A 2015 report showed 41% of Europeans were not interested in active citizenship initiatives at all.

Additionally, the most affluent were twice as likely to engage than their less financially advantaged counterparts. The most educated do not participate due to time constraints, while the less educated avoid doing so for lack of interest.

“When people are only thinking about survival, having a house, health, of course, they cannot participate. How can we expect them to participate if they are thinking of survival?” said Laura Pérez, deputy mayor of Barcelona, speaking at the Budapest Forum in September.

Citizens’ proximity to the project proposals can also play a role. In her research, Rumbul found that inhabitants are more interested in local services working properly than taking part in consultations on projects that are not directly affecting their day-to-day life.

“The further away you get from where you live, the more distant that becomes,” she said.

A similar effect seems to be at play in Helsinki, where officials noticed that 12% of participants who started voting on proposals gave up halfway through.

Citizens participating in the online vote on urban development proposals quit when they got to ideas concerning the entire city.

“We have seven district areas, you choose one, and after that, you can vote for the proposals that are made for the whole city of Helsinki – and that was the critical point”, said Johanna Seppälä, head of the unit for participation and citizen information in Helsinki.

“This is a common theme in every participative process,” Rantanen told EURACTIV. “People don’t want just to participate, just for the joy of it, but only and especially when it affects you and your neighbourhood.”