German elections as opportunity for a new beginning in Europe 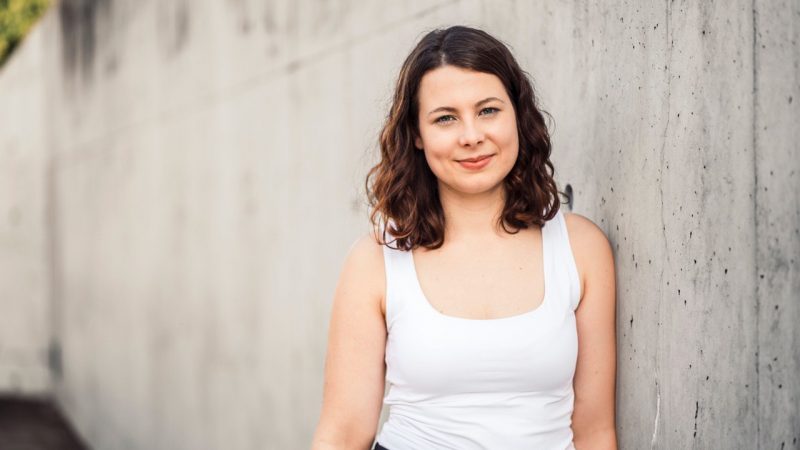 The European Union and its citizens deserve policies on par with the challenges. c Elias Keilhauer

For years, Berlin has at best administered, mostly stonewalled, when it came to European policy. It is now time for a German government that will throw its full weight behind an active European policy, writes Jamila Schäfer.

Jamila Schäfer is the deputy federal chairwoman of the party executive of Alliance 90/The Greens. As international coordinator, she is responsible for networking with international alliance partners and the Green Group in the European Parliament, and co-leading the Green Commission on Right-Wing Extremism.

Green Deal, North Stream 2, Huawei – the German blockade of policy in Europe during the last years has many names. Time and again, the German government has put national interests before European goals.

Important reform proposals remained unanswered, but we can no longer afford to do nothing, to wait and see: climate change, attacks on the rule of law, the humanitarian catastrophe at the external borders – in order to meet current challenges in a solution-oriented manner, we need a sovereign EU that is courageous and capable of action.

This requires a German federal government that is prepared to throw its full European political weight. The upcoming general elections are thus not only for Germany a choice of direction between persistence and departure, but also an opportunity for active European policy after years of inertia and lack of ideas.

As a global player, the EU must not lose touch with key issues of the future, yet this is exactly what is happening with climate-friendly technology, which, just like digitalisation, will soon be led by the USA and China.

Where European policy has come forward in recent years, for example with Fitfor55, Germany must actively support and ambitiously lead the way for strong climate protection and sustainability.

Together with our European partners, we must lead the change to make European industry fit for the future and help shape the rules of the global economy.

Only then can we ensure that change takes place on the basis of democratic values. In global system competition, it is important to show that democracy, the rule of law and respect for human rights are a necessary condition and a motor for innovation and sustainable prosperity.

Only if we also ensure strict compliance with human rights and the rule of law within the EU can we convincingly represent the values of the European Union to the outside world.

Due to the human rights violations at Europe’s external borders, European policy loses credibility every day, as the EU has made itself vulnerable to international blackmail through its failures in migration policy.

Where individual heads of government prevent joint solutions, the others must move forward in a solution-oriented manner, create quotas and support municipalities with an integration fund for decentralised reception and implementation of procedures.

A robust asylum system is needed, not least to establish credibility and the ability to act in foreign policy.

The further development of European democracy also includes finally making fundamental rights enforceable in national courts. When women in Poland take to the streets for their fundamental rights and are dragged before the courts and sentenced for it, the EU must not stand idly by.

The rule of law deserves to be more than a buzzword for Sunday speeches on European policy: The autocrats in Hungary and Poland cannot be impressed with fine words, but with sanctions. EU citizens must be able to defend themselves against the restrictions on their freedoms by invoking the European Charter of Fundamental Rights against their national governments.

The European Union and its citizens deserve a policy that meets the challenges.

Instead of chasing crises, the next federal government needs a vision for the future of the European Union: qualified majority voting in all policy areas and a strong European Parliament as an equal legislator.

A climate foreign policy that complies with human rights must become an integral part of EU foreign policy. Democratic participation – from the involvement of citizens in the Future Conference to the election of the European frontrunners as Commission President – guarantee a Europe of the people.

What is needed now is a German government that accepts and carries out this mandate together with its European partners.

European policy is not an administrative act – it is an opportunity to actively shape our future. This requires ideas and the courage to implement them. Both have been lacking in recent years. It is time for a policy with a concrete vision for the future of the European Union.