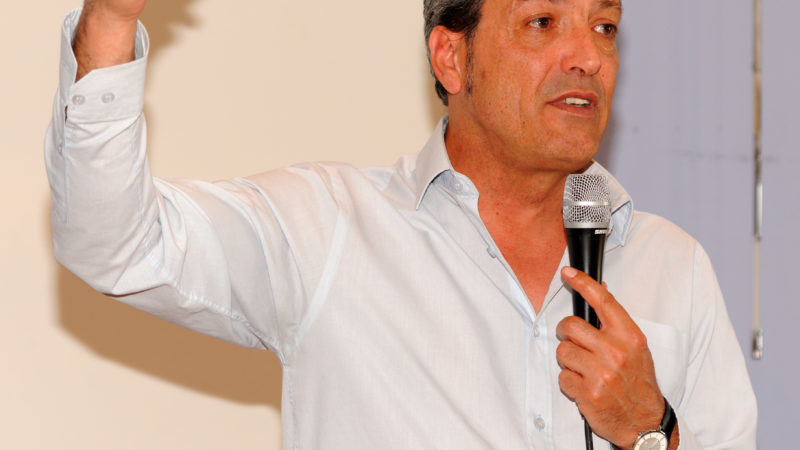 The European Parliament debated on Wednesday (25 October) the problem of sexual harassment, following the Weinstein scandal and the #metoo campaign, and will vote on Thursday on a resolution combating sexual harassment and abuse.

According to Edouard Martin, one of the promoters of this initiative, victims of sexual harassment in the European Parliament do not dare to speak out for fear of losing their job.

Former trade unionist Edouard Martin has been a French MEP (S&D) since 2014. He focuses on social and industrial issues.

The Weinstein scandal and the hashtag #metoo show a real problem in gender relations. What do you think?

Some 400,000 victims of sexual harassment have come forward saying “me too”, it’s huge. The movement sends a clear message to the perpetrators and it is the first step, but it is not enough. Only 10% of women who have been raped press charges, and only 1% of cases end in convictions. The gap between reality and penalties is huge.

Your assistant, Jeanne Ponte, has taken note of every sexist behaviour she has witnessed in the European Parliament. Is this issue particularly important in the Parliament?

The discussion is very lively in the Parliament following the Weinstein affair, and the facts surpass my imagination. There are 751 MEPs, who normally have 2 assistants – who are often young women. They are intimidated, they don’t know how to react. I don’t know if the problem is systemic but I know it exists, and there are victims.

Since your election in 2014, have you witnessed any cases of sexual harassment?

I haven’t seen grave incidents, but I have witnessed inappropriate remarks. But reports show that it doesn’t stop there. Certain MEPs think it is OK to corner women against a wall, to make remarks on the transparency of their shirt – something I never heard being addressed to a male assistant.

I think something must be done because assistants’ contracts are very precarious. An MEP can fire them with no notice, simply on the basis of a breach of confidence. So assistants and interns risk losing their job for the faintest remonstration.

Does the fact that the parliament travels between Brussels and Strasbourg have an impact on the phenomenon?

MEPs often live in Brussels and they have taken their families with them. So in the evening, in Brussels, they go home to them. But in Strasbourg, they break loose.

They spend their time in hotels, bars, restaurants, there is an atmosphere of levity, they indulge in inappropriate behaviour. They suddenly let go.

There is a consultative committee on harassment in the European Parliament…

Yes, there are 11 cases of moral harassment but none of the sexual harassment. I know men who have been behaving in a sexually harassing way but their victims do not dare to speak up. They don’t seek help from the committee because they don’t feel protected, they know they would be fired if they denounced their employers. It is an internal committee, we don’t know what happens to the witness statements, we don’t even know what sanctions are applied.

Yes, he said that sexual harassment would be “severely punished”. But what does it mean? That we would subtract a week of pay from their salary, like in the case of a Polish MEP who made xenophobic, racist and sexist comments in the assembly?

We need real sanctions for this committee to be taken seriously.

There is a debate here, I am fairly alone in my view: some think that the committee is sufficient. I think that we need a competent structure to handle this subject.

What do we need to limit sexual harassment?

The victims need above all to be heard and then will come the complaint process. But all guarantees need to be put in place. I am asking for an external audit. We should ask for an expert opinion, not for the sake of stigmatising but to judge fairly. Here in the European Parliament, there is a high level of resistance to bringing in external experts. I think we have nothing to hide so it would be important to call in real professionals.

One in three women in Europe has experienced gender-based violence in her lifetime. 75% of female professionals or managers have experienced sexual harassment. And one in ten women has experienced harassment or stalking online. Violence against women is still very common in Europe, write Věra Jourová and Helena Dalli.

One response to “Edouard Martin on sexual harassment: ‘In Strasbourg, MEPs break loose’”