Talks between the European Parliament, Commission and Council about a mandatory transparency register – an attempt to regulate lobbying – have unfolded slowly. Parliament Vice-President Sylvie Guillaume explains her institution’s position, after the Commission accused it of dragging its feet.

Sylvie Guillaume is a Socialist and Democrats MEP, who is one of the European Parliament’s vice-presidents. She sent written replies to EURACTIV’s questions.

Do you believe that the situation is different from what the Commission presents in its official letter to the Parliament and the Council. What are the differences?

The Commission considers that the European Parliament and the Council are responsible for the stalled negotiations.

Yet it was the College of Commissioners, which, while everyone was preparing for a summer break, adopted a note without a debate on 18 July that proposed that negotiations should be suspended if the Parliament and the Council do not change the positions communicated to the Commission in late June.

I do not think that this is right.

Our two institutions have taken some time to develop positions which are legally tenable and acceptable to a majority of their representatives. On the side of the European Parliament, the political groups have been involved in the decision-making process to reach a pragmatic position, which requires more time and consultation than in other institutions.

Therefore, together with Danuta Huebner, we have proposed a list of 10 points that would allow our institution to move towards a greater culture of transparency. Even if, personally, we both would have would have liked to have gone further, we are still convinced that the Parliament’s offer is a good one, which allows new visible transparency measures to be introduced for MEPs who wish to use them, while fully respecting Members’ free exercise of their mandates. These measures are intended to fill potential gaps and to reach a new, ambitious degree of conditionality for relations between interest representatives and future parliamentarians. 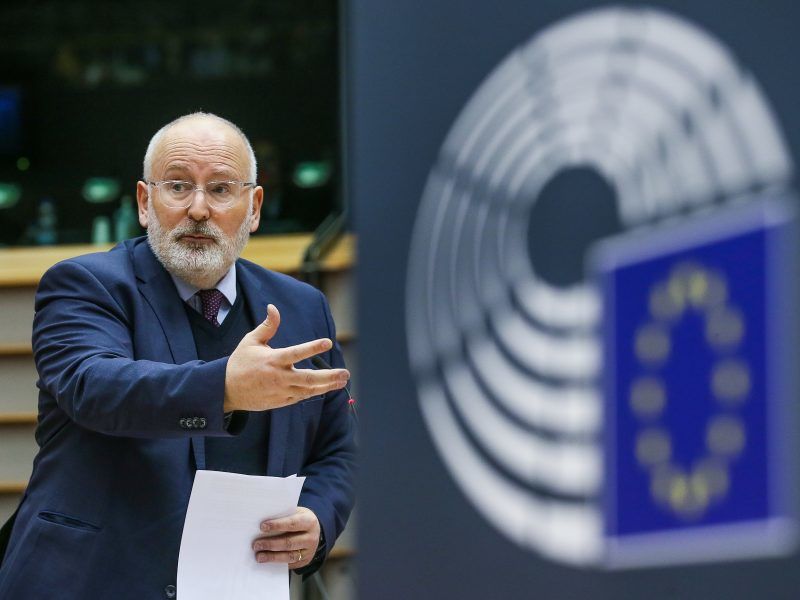 What are the amendments currently being studied by the Parliament as part of its review?

The Committee on Constitutional Affairs has to decide whether it supports integrating amendments which require rapporteurs, shadows and committee chairs to only meet registered lobbies and to publish these meetings on a page of the European Parliament’s website that the Bureau of the Parliament will have to validate. For our part, we have submitted an amendment to further regulate the issue of intergroups. The question of their legal admissibility also arises.

Do you agree that the Commission has been more proactive in this area?

I think that we have to compare like with like: our institutions are different in nature, so we cannot settle for copy and pasting a system that applies to officials onto an elected assembly. This difference is recognised in the treaties and therefore has to be respected.

Moreover, the system established by the Commission can still be improved: in the past, we have seen certain agendas slowly updated, for example.

And why not push this effort to be transparent so that the Heads of Unit are also covered by the Commission’s system, as proposed by the European Parliament? No one can deny that they are in regular contact with interest representatives.

Furthermore, we can all be proud that the European Parliament is an institution which is already open and transparent. It has already put in place certain rules that make inclusion on the transparency register compulsory. 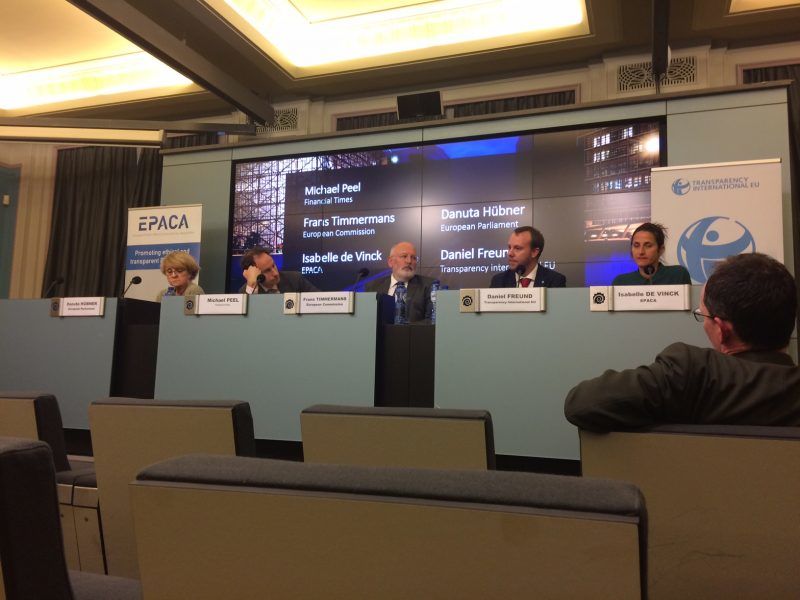 Does the Parliament have a proposal on how to regulate transparency and lobbying, outside of the voluntary framework?

If we want to bring about a more effective system which holds up legally, we have to adopt this regulation: the European Parliament has been advocating this option for several years, this would allow greater clarity for the interest representatives themselves. In short, if we want to achieve a compulsory system, this is the path we have to take and not that of an inter-institutional agreement.

Do you think that there will be an agreement between the Parliament, the Commission and the Council before the end of the current legislation period?

We are still in this mindset, with Danuta Huebner, as well as the Austrian presidency, which we met on 13 November.

The Commission’s refusal to have any meetings with its partners, simply brushing aside the mandate given by the Conference of Presidents, threatens to compromise a positive outcome on this matter. This is all the more so given that the issue of conditionality is far from being the only focus: the Parliament wants to broaden the definition of lobbying proposed by the Commission to include indirect lobbying, it also wants to know the Commission’s proposals regarding the Register’s future management and resources. These are also important topics; however, to date, the Commission has not submitted its proposals.

Finally, it is no secret that we are reaching the end of the end of the parliamentary term and priority will be given to legislative matters. It is therefore a risky bet to pre-empt that the next Parliament elected on 26 May 2019 will be more ambitious than what has been proposed to date. We can gauge the resistance which is already at work within our assembly; by refusing to make progress on our proposal, the Commission is playing into the hands of the most sceptical members.

Faced with this stalemate, we recommended to the Conference of Presidents – which approved of this – a proactive approach and, in accordance with several resolutions of the plenary on lobbying transparency, we suggest that the Parliament takes the necessary measures to implement the 10 measures approved by the Conference of Presidents on 27 June 2018.

We do not want to miss the opportunity of finally including the Council in the current system.