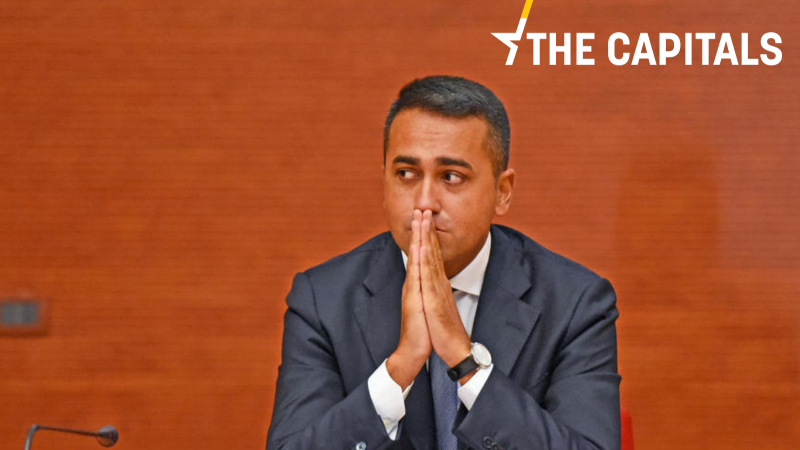 Before you start reading today’s edition of the Capitals, feel free to have a look at the article Warsaw says ‘further analysis needed’ before EU’s 2030 climate target can be agreed by Kira Taylor.

Inconclusive summit hashes over EU budget hurdle, vaccines. EU leaders said they would intensify efforts to convince the prime ministers of Poland and Hungary to drop their vetoes of the EU coronavirus economic recovery plan, which has plunged the bloc into a new crisis threatening joint efforts to fight the pandemic. Read more.

5-Star Movement leader Luigi Di Maio has said he strongly opposes the idea of a political alliance between the government coalition and Silvio Berlusconi’s centre-right party, Forza Italia (FI), which is currently part of the opposition alongside the League and Brothers of Italy. Read more.

Will France postpone Black Friday? French Economy Minister Bruno Le Maire proposed on Thursday that mass distribution actors postpone next week’s Black Friday as e-commerce sellers and particularly Amazon would benefit the most, while many small businesses – who have been forced to close since the new lockdown was imposed three weeks ago – will not.

Le Maire’s proposal could even succeed as French distribution giants Carrefour and Leclerc have already confirmed they would agree to postpone the weekend promotions provided everyone accepts it. The US company agreed late on Thursday to postpone Black Friday for one week so that it would take place on 4 December, France Bleu reports. (Lucie Duboua-Lorsch  | EURACTIV.FR)

Not all Belgians will stick to rules over Christmas, study shows. A significant portion of the population considers it unlikely that they will fully adhere to strict contact rules at Christmas, according to a study by the University of Antwerp. “If we want to avoid a third Christmas wave, we need a European approach to winter travel,” Belgian Prime Minister Alexander De Croo told EU leaders during Thursday’s summit. Read more.

Airbnb has to inform Austria’s finance ministry about revenue. Starting on the first day of 2021, vacation rental company Airbnb will have to lay bare its revenue so that Austrian authorities can check whether hosts paid taxes, Austria’s finance ministry announced.  Airbnb has welcomed the ruling for harmonising and clarifying regulations across the country after it had been in conflict with many Austrian cities over taxes and local tourism fees. (Philipp Grüll | EURACTIV.de)

Finland applies COVID-19 emergency brake. After recording some of Europe’s lowest coronavirus infection rates throughout autumn, the pandemic situation in Finland and especially in the Helsinki area has shifted from the acceleration to the community transition phase, announced public health officials on Thursday evening. Read more.

Spanish nurses against pharmacies carrying out COVID-19 tests. The Spanish Nurses Federation sent on Thursday a letter to European Commission President Ursula von der Leyen alerting her and EU health authorities of the potential danger of allowing pharmacies to carry out COVID-19 antigen testing, which, they said, would increase the risk of new contagions in Europe, EFE reported. Read more.

Jihadist arrested in Greece. A 27-year-old jihadist was arrested on Thursday in Greece by the country’s counter-terrorism department. A criminal case was filed against the man from Syria for joining and participating as a member of ISIS as well as for terrorist acts and homicide. See here a video that forced him to confess. Read more.

Read also: Greece seizes beds from private hospitals as COVID-19 gets out of control

Currently, however, different DGs handle different addiction policies, explained Vobořil, adding that the Commission is ignoring scientific data at the expense of the health of millions of Europeans, despite evidence that integrating policies is the way to go. “To me, that is almost arrogant,” he added. (Ondřej Plevák | EURACTIV.cz)

Hungarian Foreign Minister Péter Szijjártó said in a Facebook video on Thursday that the 10 samples are now in a Hungarian laboratory “where, in the coming period, Hungarian specialists will have the opportunity to study the vaccine and make the best possible decision on its possible use and possible authorisation.” (Vlagyiszlav Makszimov | EURACTIV.com)

Slovakia distances itself further from Budapest and Warsaw. “I see no reason why rule of law conditionality should bother us. It is in our interest and a principle that we aspire to,” Foreign Minister Ivan Korčok said on Thursday.

Korčok also said it is untrue that any other conditionality such as the one linked to migration is part of the rule of law mechanism, something Hungarian Prime Minister Viktor Orbán referred to when he explained the reasons behind Hungary’s veto. It is in the vital interest of Slovakia to have the budget and recovery plan approved, he added. (Zuzana Gabrižová | EURACTIV.sk)

MEPs receive ‘shocking’ video of Bulgarian colleague Dzhambazki. Each MEP has received a video showing their colleague Angel Dzhambazki (ECR) “throwing mini-bombs and pouring water from a fire hose over people protesting in front of the VRMO party headquarters in Sofia”. Read more.

National vaccine committee. As Romania is reporting more than 10,000 new cases each day, the government approved the creation of a national committee for the coordination of vaccination against COVID-19. The committee, which includes representatives of many governmental institutions, is in charge of drafting a strategy and an action plan regarding the vaccination campaign, once a vaccine will become available.

Meanwhile, the Defence Ministry organised a flight to transport several COVID patients to Iasi, in northeastern Romania, because on insufficient space in Bucharest hospitals. The ministry said other flights will be scheduled in the coming period. (Bodgan Neagu, EURACTIV.ro)

EU expects Serbia, Kosovo not to move embassies. The EU expects Serbia and Kosovo to act in accordance with their strategic determination about EU membership and not move their embassies in Israel from Tel Aviv to Jerusalem. Read more.

US Presidency Chairman Šefik Džaferović confirmed to reporters that disputable formulations, which he did not specify, had been removed from the statement. However, Serb representative Milorad Dodik unveiled that he did not accept “euro Atlantic integrations” to be part of the statement because it implies NATO, as well as the EU. And Dodik is strongly against NATO accession. (Željko Trkanjec | EURACTIV.hr)

Six weeks to the functioning of Constitutional Court. US Ambassador to Albania Yuri Kim is urging all sides to maximise their efforts in setting up a functioning Constitutional Court in the country before the end of the year. “Good to see progress toward functioning Const’l Ct by end of this year. Six weeks left – Presidency, Parliament & justice institutions must continue to work with urgency. Leaders must fulfil a promise to the people of Albania for justice!” she tweeted. (Željko Trkanjec | EURACTIV.hr)

Kosovo PM in talks with French president. Kosovo Prime Minister Avdullah Hoti and French President Emmanuel Macron discussed several issues in a video call, including the recent resignation of former Kosovo President Hashim Thaçi, the Pristina-Belgrade dialogue, as well as the issue of visa liberalisation, according to the PM’s Facebook post. Read more.