In 1992, Chirac made his first U-turn by going against the dominant opinion within his party, the RPR. He called for a "yes" vote in the referendum on the Maastricht Treaty, which founded the European Union and launched the single currency. EPA-EFE/OLIVIER HOSLET

During his political career, Jacques Chirac, who died on Thursday (26 September), made a complete U-turn on Europe, from calling Europe a “mollusc” in 1979 to becoming a European of reason, then of heart.  EURACTIV’s partner Ouest-France reports.

In just twenty years, Chirac made more than just a 180° turn on Europe.

On 6 December 1978, Chirac, who had previously been the prime minister under President Valéry Giscard d’Estaing, launched his Call of Cochin against a “supranational Europe”. On that day, the young Chirac was on crutches, had a protruding chin and slammed his fist on the table.

At the time, he admonished Giscard d’Estaing’s centre-right Union for French Democracy (UDF), describing it as the “foreigner’s party”, which had played a role in “lowering France”.

And this was only a small warm-up lap, compared to what followed.

In 1979, as the leader of the EU elections list of neo-Gaullist Rally for the Republic (RPR), he came up with a series of anaphors:

“This Europe of powerlessness, this Europe open like a sieve to all crises. German-American interests may dominate this non-European Europe. This Europe of unemployment, a mollusc without body and real drawing. This Europe, where multinational companies dictate their laws to states. This Europe where France would be stuck like in a swamp. I say it with calm (sic) and determination, but we do not accept this Europe!” he said in 1979.

The French, however, accepted this Europe and Chirac was humiliated. His neo-Gaullist list for the European elections came fourth (16.3%), with more than 11 percentage points behind the UDF’s list led by Simone Veil. Chirac’s European list even obtained fewer votes than that of François Mitterrand’s socialists and Georges Marchais’ communists.

From then on, Chirac dropped his tone, eventually breaking away from the sovereigntist rhetoric altogether.

In 1992, Chirac made his first U-turn by going against the dominant opinion within his party, the RPR. He called for a “yes” vote in the referendum on the Maastricht Treaty, which founded the European Union and paved the way for the single currency.

In 1999, Chirac completed the turnabout.

Yes, it is indeed the same man, who went on to become the French President, who suggested the idea of a European Union Constitution to complete the “great adventure” and ensure the French “more stability in an uncertain world”.

From then on, Chirac will not change. At the time, he measured the Franco-German alliance’s weight in the Union, particularly when it is well-supplemented, with former conservative and socialist Chancellors Helmut Kohl and Gerhard Schröder.

During his presidency, the head of state seemed to blossom into a calm and peaceful pro-European, by advocating enlargement for ten Eastern countries in 2004, and supporting Turkey’s EU integration. In doing so, he rubbed France’s right-wing the wrong way, again.

The rejection of the Constitutional Treaty, a slap in the face

In 2005, he invested himself in campaigning in favour of a Constitutional Treaty for the EU, saying that “you can’t say I’m European and I vote “no” to the Constitution. I’m telling you quite frankly, that’s not possible!”

France held a referendum on the Constitutional Treaty, but 55% of the people voted “no”, a slap in the face which still did not lead to Chirac’s resignation.

While Chirac had become a European of reason, then of heart, it appears that he had ultimately put Gaullism aside. 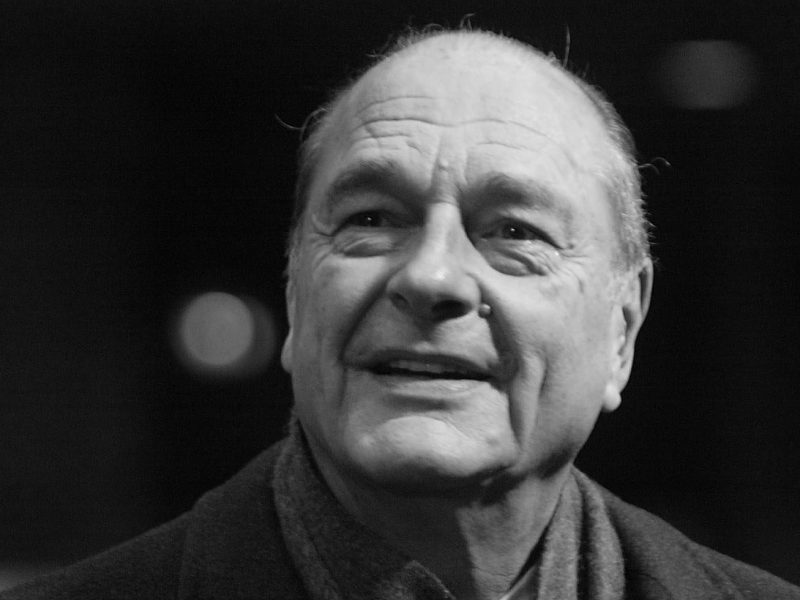