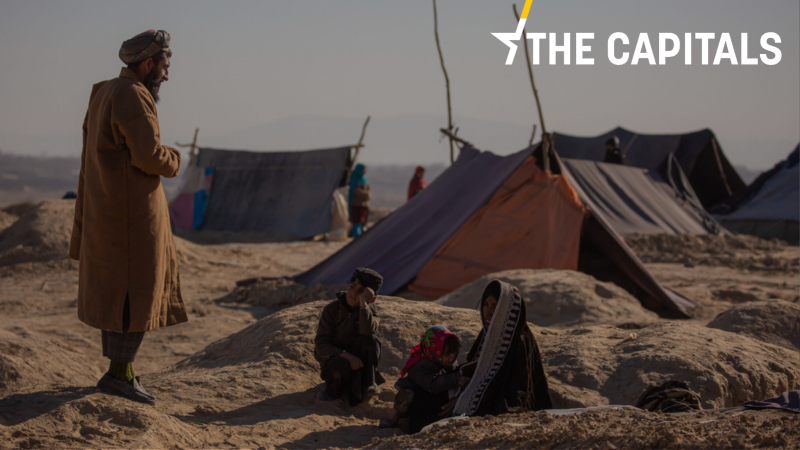 In an interview with EURACTIV.com, Lithuania’s foreign minister Gabrielius Landsbergis said we've seen several Afghans already crossing illegally the border with Lithuania that means that the route is already there. [Shutterstock/Amors photos]

Before you start reading today’s edition of the Capitals, feel free to have a look at the interview with Slovenia’s Agriculture Minister Jože Podgoršek conducted by Natasha Foote.

US President Joe Biden’s decision to pull out from Afghanistan combined with the increasing advancement of Taliban insurgents has caused severe headaches in Brussels, as Europe fears a new migration wave from the east, an EU diplomat told EURACTIV.

“The post-US Afghanistan poses severe challenges with regards to migration as we expect an increasing number of people attempting to flee from Taliban”, the diplomat said. Read more.

Recovery plans: When the game will toughen up. The recovery plans of 12 member states are expected to be adopted by EU finance ministers at a meeting on Tuesday. For now, the atmosphere is positive but things are expected to change when the first payment requests are made following the progress reports. Read more.

Macron considers compulsory vaccination for all. With coronavirus infection rates on the rise again across France, President Emmanuel Macron called for a “summer of mobilisation”, announcing the mandatory vaccination for healthcare workers in a televised address to the nation on Monday. Read more.

Germany’s September elections could shape debate on EU budget increase. Germany’s main political parties are showing clear differences when it comes to a number of European policy issues with the upcoming election in September set to focus partially on the size of the EU budget. Read more.

Austria sticks to digital tax despite US pressure. Finance Minister Gernot Blümel has ruled out the suspension of the Austrian digital tax that was introduced in 2020, while the European Commission announced on Monday that it would put the proposed digital levy on hold until a deal among G20 countries is reached. Read more.

Call for Ireland to recognise non-EMA approved jabs for expats. A renewed appeal has been made for Ireland to assist Irish citizens living abroad who want to return home but have received a vaccine not accepted by the European Medicines Agency (EMA), the Irish Times reported. Read more.

Portuguese tourism expected to return to pre-pandemic levels in 2023. Tourism in Portugal should reach 2019 levels by 2023, the president of Portugal’s tourist board, Luís Araújo said at a presentation in Ponta Delgada of the “Reactivate tourism. Build the future” programme. Read more.

Slovaks unsatisfied by Belgian investigation into police custody death. During a visit to the EU foreign affairs council in Brussels, Slovak Foreign Minister Ivan Korčok appealed for a meeting with his Belgian counterpart, Sophie Wilmès, to discuss the investigation into the death of Slovak citizen, Jan Chovanec, in Belgian police custody in February 2018. Read more.

Serbia agrees China, UAE on Sinopharm vaccine production. On Monday, Serbian Prime Minister Ana Brnabić signed a memorandum of understanding and cooperation with partners from China and the United Arab Emirates on producing the Chinese Sinopharm COVID-19 vaccine in Serbia, and once again urged citizens to get their jabs. Read more.

In other news, vaccination in Serbia has failed, according to pulmonologist Dejan Žujovicless, who on Monday pointed to the fewer than 40% of citizens now fully vaccinated and the considerable spike in new COVID-19 cases expected in August.

The low vaccination rate means that not counting the 700,000 who have recovered from the virus, around 50% of the population remained exposed to the COVID-19 with no protection. (EURACTIV.rs | betabriefing.com)

Election winner wants to send Bulgarian astronauts to space. The showman and leader of the anti-system party “There is such a people” Slavi Trifonov, who emerged the winner of last weekend’s elections in Bulgaria, presented his ideas for sending three astronauts into space, two from Bulgaria and one Macedonian. Read more.

Romanian government split over judiciary investigation section. Parties that form Romania’s centre-right coalition are at odds over the proposal of abolishing the section that investigates offences within the judicial system (SIIJ). Read more.

Vaccination will not be mandatory in Croatia. Croatian parliament speaker, Gordan Jandroković, told Croatian radio on Monday that vaccination against COVID-19 would not be made mandatory. Asked about making job-retention support conditional on inoculation, Jandroković said he did not understand the logic of those who said they wouldn’t get vaccinated, but still wanted the money.

He stressed that employers could not force workers to get vaccinated and added that the state was not obliged to provide 4,000 kuna (€533) in support for job keeping in sectors affected by COVID-19 as there was a vaccine, emphasising that the pandemic had so far cost Croatia 30 billion kuna (€4 billion).

Prime Minister Andrej Plenković had earlier struck a similar tone, saying: “There is no theoretical chance that vaccination will be mandatory.” (Željko Trkanjec | EURACTIV.hr)