Agri-clash in Czechia over organic farming amid Ukraine war 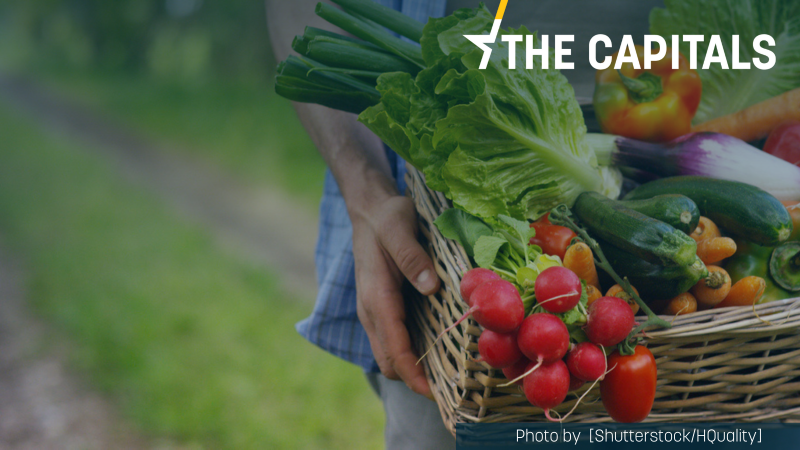 Large Czech agribusinesses oppose the EU’s plan to extend organic farming to 25% of the land, warning against potential food price hikes amid an already challenging situation due to the war in Ukraine. [Shutterstock/HQuality]

Large Czech agribusinesses oppose the EU’s plan to extend organic farming to 25% of the land, warning against potential food price hikes amid an already challenging situation due to the war in Ukraine. Read more.

Hamburg city prioritises diversity to revive culture, save economy. Hamburg is looking for solutions to reverse the trend of rapid retail sector growth, while other sectors such as culture and leisure struggle, Dorothee Stapelfeldt, Senator for Urban Development and Environment in the Government of Hamburg, told EURACTIV.de in an interview. Read more.

Scholz and Macron to reignite Franco-German engine on EU integration. German Chancellor Olaf Scholz and French President Emmanuel Macron pledged to intensify the Franco-German tandem and lead Europe on a path of reform to enable a stronger and more sovereign EU. Read the full story here.

Ex-French PM sentenced for wife’s fictitious employment. An Appeals Court confirmed the conviction of former Prime Minister François Fillon and his wife for her fictitious employment when he was a member of parliament, sentencing them both to four years in prison. Read more.

Ireland sees rise in support for EU membership. Support for the EU rose in Ireland this year, with almost nine out of ten people backing the country’s membership in the Union, according to a newly released poll by Red C Research. Read more.

New crisis looms as unionist leader threatens to block government. The UK appears to be heading for a major political crisis in Northern Ireland after the leader of the largest Unionist party, which finished second in last week’s Assembly elections, said that he would block the formation of a new devolved government in Belfast. Read more.

Mentioned were the recognition of the Cyprus occupied territory (so-called Northern Cyprus recognised only by Turkey) and lifting sanctions imposed on Turkey. Turkey using a veto is unlikely, though it is likely it will use diplomatic channels during the application process, Senior Research Fellow at the Finnish Institute of International Affairs Toni Alaranta told the newspaper Helsingin Sanomat in an interview.

Lithuanian president calls Russia ‘more brutal’ than Nazis. Lithuanian President Gitanas Nausėda says Russia has become an aggressor who, in some cases, is “even more cruel, more brutal than the Nazis”, as Moscow commemorated its victory over Nazi Germany on Monday. Read more.

EU Commission approves Spanish-Portuguese plan to cap gas prices. The European Commission has given the green light to a Portuguese-Spanish proposal, also known as the “Iberian exception”, to cap gas prices on Monday, announced Portuguese Prime Minister António Costa, adding that both countries are working to pass national legislation on Tuesday. Read more.

No breakthrough on oil embargo after Von der Leyen’s surprise Budapest visit. Progress was made in efforts to convince Hungary to lift its veto on the sixth sanctions package that would see the EU quit Russian oil, European Commission President Ursula von der Leyen said after her meeting with Hungarian Prime Minister Viktor Orbán on Monday evening. Read more.

Russia accuses Poland of inaction after Victory Day incident. The Russian foreign ministry has accused Polish authorities of not taking sufficient steps to prevent the pelting with red paint of Russian Ambassador Sergey Andreev at the Victory Day ceremonies in Warsaw, and called the country to arrange a new ceremony during which absolute security is assured, Russian TASS agency reported. Read more.

Slovenia refuses to rule out EU treaty change. Slovenia said it does not oppose the changes to EU treaties required by some proposals made through the Conference on the Future of Europe, even though it signed a non-paper that opposes “premature attempts” to launch changes to the bloc’s treaties. Read more.

Bulgarians take part in ‘rally against Russian fascism’. Tens of thousands of Bulgarians joined a march for freedom and peace against “Russian fascism” in Sofia on Monday. Read more.

Pictures of Putin, Z symbol paraded on Victory Day in Belgrade. Leading marchers at the Immortal Regiment march organised in Belgrade to mark Victory Day held a large banner with the words “The Immortal Regiment of Belgrade,” a cardboard cutout of Russian President Vladimir Putin and a large Latin-script letter “Z”, and was attended by a Serbian minister who owns a company in Russia. Read more.

Catholics in BiH halved since 1992, bishops warn. The number of Roman Catholics in Bosnia and Herzegovina (BiH), most of whom are ethnic Croats, has more than halved compared to 30 years ago, dwindling to a mere 350,000, BiH’s bishops warned in a document carried by the Croatian news agency Hina. Read more.