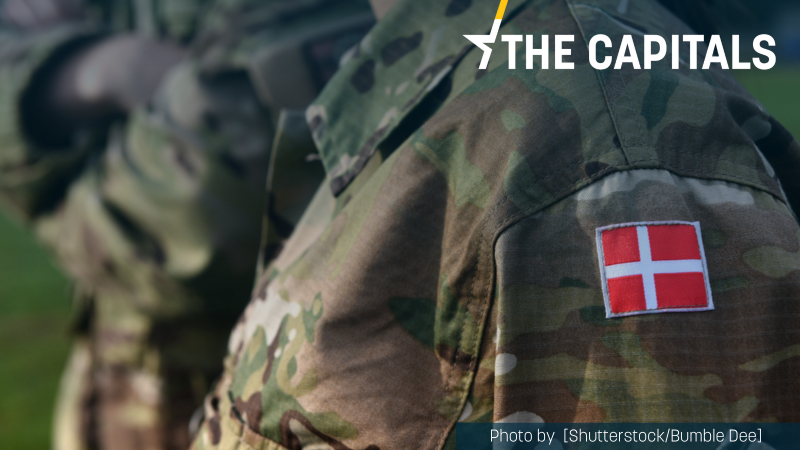 The Danish refusal to change the EU treaties comes a few weeks before a referendum planned on 1 June to see if the Danish people want to abolish its opt-out from EU defence policy. [Shutterstock/Bumble Dee]

Denmark has voiced its opposition to changing EU Treaties, just weeks ahead of a crucial referendum on its defence opt-out after Brussels hinted it could change treaties so unanimity on issues like common defence policy is no longer needed. Read more.

Ukraine riding high in Eurovision song contest. The Ukrainian ‘Kalush Orchestra’ was voted through on Tuesday (10 May) to the grand final of the Eurovision Song Contest in Italy, confirming that they occupy the pole position in Sunday’s final. Read more.

LEAK: EU Commission considering higher renewable energy target for 2030. The European Commission is looking to increase the EU’s renewable energy target for 2030 as part of plans due next week, which also include faster permitting rules for new projects and a solar strategy that could make rooftop solar mandatory for all new buildings, according to leaked proposals seen by EURACTIV. Read more.

NRW regional election: Germany ahead of its ‘small federal election’. North Rhine-Westphalia – or NRW, as many of its 18 million inhabitants call it – is Germany’s most populated region, and it will elect a new regional parliament this Sunday (15 May 2022). Due to its size, the results come as a significant electoral test for the new national government under Olaf Scholz (SPD, S&D) and are dubbed a “small federal election.” Read more. 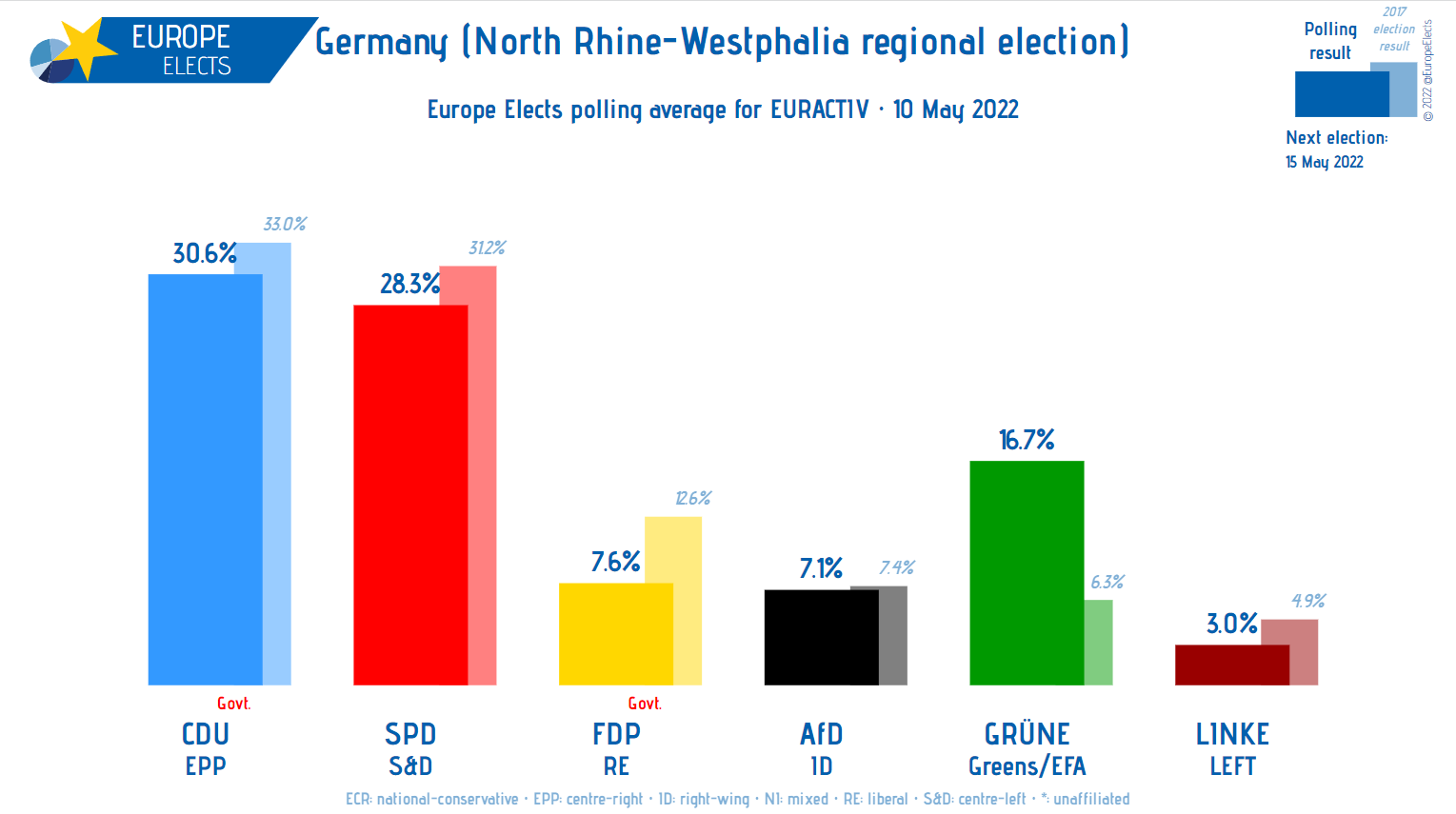 Freedom to repeal. A new Brexit Freedoms Bill should end the supremacy of European law by ensuring EU law can be changed quickly, the government announced on Tuesday as it unveiled the new laws it plans to take through parliament in the coming months. Read more.

EU commissioner says Russia-friendly countries should not be punished. Countries siding with Russia or abstaining from voting against the country in the UN should not be “punished”, European Commissioner for International Partnerships Jutta Urpilainen told a Europe Day seminar in Helsinki on Monday. Read more.

Swedish defence minister says NATO membership would strengthen Nordic defence. The defence capability of the Nordic countries would be strengthened if Sweden and Finland chose to join NATO and if both countries had common defence planning within the NATO framework, Defence Minister Peter Hultqvist told Radio Ekot Tuesday. Read more.

Peace a priority, Draghi tells Biden. The priority of Italy and Europe is to put an end to the massacres and achieve peace in Ukraine, Prime Minister Mario Draghi told President Joe Biden at the White House on Tuesday as part of his three-day trip, the first since the start of his mandate. Read more.

Spanish intelligence chief fired over spyware scandal. The head of Spain’s national intelligence centre (CNI) Paz Esteban was fired on Tuesday after acknowledging the agency had spied on the regional leader of Catalonia and over a dozen other separatist activists and politicians by hacking their cell phones. Read more.

UK pledges to support Poland if it sends Ukraine fighter jets. Defence Minister Ben Wallace has promised that the UK will help Poland if it decides to deliver Soviet fighter jets to Ukraine, The Guardian reports. Read more.

Czechia to tighten refugee rules due to Roma influx. The Czech Republic will tighten passport checks on refugees and only grant aid to those fleeing war that have crossed the Ukraine border, the interior ministry announced following an influx of Roma people with dual Hungarian-Ukrainian citizenship. Read more.

Slovenia reintroduces fuel price caps. The Slovenian government has reintroduced the price regulation of motor fuels, a move that comes less than two weeks after previous price caps were lifted with the argument that the market had stabilised. Read more.

Energy stability in Serbia must be defended, says minister. Serbia must defend its energy stability even if this would require a change in the ownership structure of the biggest oil company Naftna industrija Srbije (NIS), Energy Minister Zorana Mihajlović has said. Read more.

Kosovo NGOs ask Macron for visa liberalisation. Major NGOs in Kosovo have addressed a letter to French President Emmanuel Macron asking that the EU lift the visa regime for Kosovo citizens who remain Europe’s only people who cannot travel freely despite having met all visa liberalisation requirements. Read more.

Tirana’s property prices continue to soar, pricing out locals. The price of real estate in the Albanian capital of Tirana continued to rise during the first quarter of 2022, with the average price reaching €1,143 per square metre.  Read more.