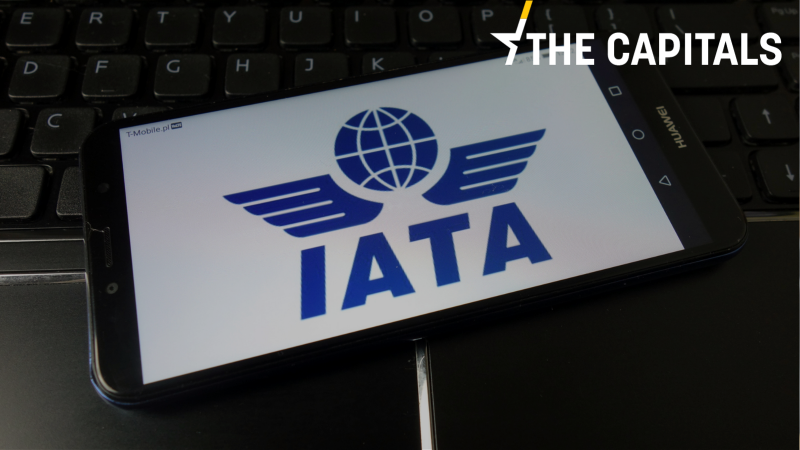 Before you start reading today’s edition of the Capitals, feel free to have a look at the article MEPs demand ambitious law on human rights due diligence by Benjamin Fox

A message from FACEBOOK: Facebook partnerships to fight against COVID-19:  Working together is more important than ever in the fight against COVID-19. In Spain, the World Bank is using Facebook’s Disease Prevention Maps to forecast needs for COVID-19 testing and hospital beds. Learn more about how we’re collaborating to keep communities safe and informed at about.fb.com/europe.

In collaboration with the International Air Transport Association (IATA), Air Serbia will start testing the IATA Travel Pass, a new mobile application helping travellers to manage their trips easily and securely, in line with government requirements for COVID-19 testing or vaccination. Read More.

Portugal convenes EU ‘recovery summit’ in June. Lisbon said it will hold a high-level summit in Lisbon on 21 June focused on the recovery plans of the 27 EU member states, defending “smart fiscal policies” in response to the economic crisis triggered by the pandemic. Read more.

In other news, Germany’s expert panel head says he would back Russia’s Sputnik V vaccine. “This is a good vaccine which looks like it will be approved in the EU at some point. The Russian researchers are very experienced in vaccines,” Thomas Mertens, head of STIKO, Germany’s expert panel on vaccine use, told daily Rheinische Post on Wednesday.

Kerry in Paris: US to unveil new commitment to combat GHG emissions. In a joint press conference with French Economy Minister Bruno Le Maire, US climate envoy John Kerry announced that the US will unveil its new pledge to reduce greenhouse gas commitments at the International Climate Summit in Washington on 22 April. “We will announce our NDC (nationally determined contribution) at the April 22 summit or a few days before,” Kerry told a press conference in Paris this week.

Le Maire said it is “important not to blame one country or another”, noting that “what is important is for each of us to be as efficient as possible”. The French minister said that two joint working groups with the US – one to “harmonise rules” and the other on the European carbon border tax project – should be set up. (Mathieu Pollet | EURACTIV.fr)

Longer period between Pfizer vaccine shots allowed. Belgium’s Superior Health Council decided that the standard interval between two Pfizer injections will be extended to 35 days, according to a press release by the Vaccination Taskforce.

The decision to postpone the second shot makes it possible to give more people the first shot more quickly. Until now, a second one has been reserved for every first dose to ensure complete vaccination, even in case of delivery problems. (Alexandra Brzozowski; EURACTIV.com)

“This draft Luxembourg recovery and resilience plan is fully in line with the continuity of government action and carries the ambition to foster ecological and digital transitions while focusing on social cohesion and the promotion of a modern and attractive economic framework,” said Gramegna. (Anne Damani | EURACTIV.fr)

State of Voralberg to open restaurants. In the most Western end of Austria, the state of Vorarlberg is about to ease its lockdown significantly. Starting next Monday, restaurants and bars will reopen, including indoor areas. Guests will have to present negative tests not older than 48 hours. As well, events with up to 100 persons outdoors and 50 persons indoors will be allowed. Vorarlbergs seven-day-incidence lies at 73. State governor Markus Wallner (ÖVP) asked the population to cooperate and be cautious, so that this experiment could become a success. (Philipp Grüll, EURACTIV.de)

Irish parliament committees to examine CETA before ratification. The European affairs and trade and enterprise committees will start a separate examination of the EU-Canada trade deal known as CETA before parliament makes any decision to ratify it. Read more.

Sweden’s political landscape expected to shift. After the next elections, Sweden’s Centre Party is willing and able to join either a left-leaning or right-wing government, Centre Party Chair Annie Lööf told the Expressen newspaper in an interview on Tuesday, adding that under no circumstances would the party cooperate with the Sweden Democrats. Read More.

Italian government mulling new COVID-19 restrictions. The Italian government is now mulling over new coronavirus restrictions, while many regions are on the way to again be classified as ‘red zones’. The measures, which could arrive as early as Friday, include the closure of bars and restaurants on weekends and travel restrictions with a ban on leaving the municipality of residence.

The situation has worsened in some Italian regions, for example, Piedmont has blocked the hospitalisation of non-COVID-19 patients, while the situation in Lombardy and Emilia-Romagna is currently very critical.

Catalonia’s ‘ultimatum’ to Madrid: Allow use of AstraZeneca jab for over 55s. Catalonia’s regional health minister Alba Vergés and the region’s public health secretary Josep Maria Argimon have issued a political “ultimatum” to the Spanish central government, asking Madrid to allow the use of AstraZeneca vaccines on people over 55, warning that “either they or we will act”. Read the full story.

In other news, Madrid is facing the prospect of early elections after the conservative regional president, Popular Party’s Isabel Díaz Ayuso, ended a coalition deal with centre-right party Ciudadanos in a bid to outmanoeuvre a possible no-confidence motion. Read more.

Greece-Turkey exploratory talks set for 16 March in Athens. The next (62nd) round of exploratory talks between Greece and Turkey will be held in Athens on 16-17 March, the Greek foreign ministry announced in a statement on Wednesday. Read more.

PiS’ coalition partner wants EU institutions to respect Polish views on family, marriage. The Solidarna Polska (United Poland) party, currently in coalition with the Law and Justice party (PiS), wants the Polish Sejm to pass a resolution calling on EU institutions to “respect the identity and views of Poles on issues related to the definition of family and marriage” in response to the EU Parliament’s recent resolution calling for an “LGBTIQ freedom zone”. Read more.

Czech president steps up pressure for Russian jab use. In an interview with the website Parlamentní listy on Wednesday, Czech president Miloš Zeman has openly called on PM Andrej Babiš to get rid of Health Minister Jan Blatný and the Chief of State Institute for Drug Control as they are refusing the use of the Russian Sputnik V vaccine without the approval of the European Medicine Agency (EMA). Read More.

Minister threatens to resign if agriculture not included in recovery plan. Since Slovakia’s recovery plan, which was presented Monday, failed to set anything aside for the agriculture sector or landscaping reforms, Agriculture Minister Ján Mičovský has announced that he will be forced to resign unless this is addressed. Read more.

Romania’s PSD blocks approval of EU’s own resources decision. The Romanian parliament planned to convene on Wednesday to approve the EU Council’s own-resources decision, but the meeting did not go ahead, with Prime Minister Florin Citu accusing the Social-Democrats of derailing it and thus potentially damaging the EU’s borrowing plans to finance the Next Generation EU programme. Read more.

Erjavec announces he is leaving politics for a second time. Karl Erjavec, the leader of the Pensioners’ Party (DeSUS), announced he was stepping down after having led the party for 15 years. Read more.

On the same day, US Special Representative Matthew Palmer had talks with the leaders of three constitutional nations. Serb representative Milorad Dodik told local media he had spoken to Palmer and told him that BiH is not functioning and that the alternative of disbanding peacefully should be considered. In talks with Bakir Izetbegović, the Bosniak representative, Palmer said Washington is supporting a meaningful, step-by-step, electoral reform, although Izetbegović is essentially opposed to a reform of the electoral system. (Željko Trkanjec | EURACTIV.hr)