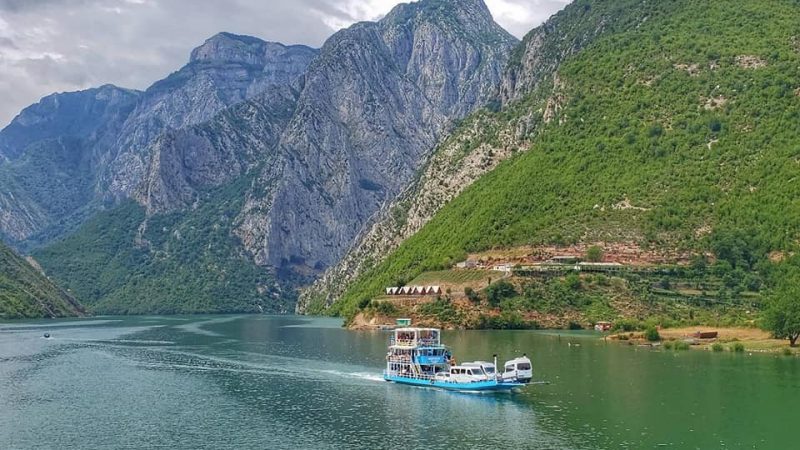 At the end of 2019, tourism accounted for 27% of the GDP, equivalent to over $1.25 billion, with all estimates pointing to significant growth over the coming years. [Alice Taylor]

Labour shortages, rising fuel and food prices, and the Ukrainian war are the triple forces threatening the revival of Albania’s fledgling tourist industry, which accounts for over a quarter of GDP.

Over the last few years, Albania has gone from something of an unknown destination to a backpacker, festival-goer, and adventurer’s paradise. With hundreds of kilometres of unspoiled beaches, mountains, castles, and plenty of culture, the number of foreign visitors was increasing year after year until the pandemic hit.

At the end of 2019, tourism accounted for 27% of the GDP, equivalent to over $1.25 billion, with all estimates pointing to significant growth over the coming years.

During the summer of 2020, the tourism sector suffered huge losses but scraped by with domestic tourists and visitors from Kosovo, Serbia, and North Macedonia. In 2021, the situation was even better as charter flights arrived from Russia, Belarus, and Ukraine, with thousands more from Eastern Europe and further afield.

Albania’s tourism workers were looking forward to 2022 in the hopes they could recoup their losses from the last few years, but now it has been thrown into jeopardy.

Recent data from INSTAT revealed that over 42,000 Albanians emigrated in 2021, with thousands more seeking asylum. This drop in the population, bringing it under €2.8 million for the first time, seriously jeopardises the country’s economic potential. With an ageing population, hotels, restaurants, and other touristic businesses struggle to recruit seasonal workers, forcing them to hire from abroad.

Bringing in staff from outside the country costs businesses more and means prices have to go up.

Italian cooks, Serbian hospitality workers, and even short-term contracts with Filipino migrants are on the list, according to a resort owner who spoke to one local portal, BIRN.

These price increases mean that Albanians, among Europe’s lowest earners with a third living below the poverty line, will struggle to holiday within the country in 2022. This, combined with rising fuel costs, will make even a simple trip to the coast too expensive for some.

As such, tourism operators will lose out on a significant chunk of domestic income, which was already strained due to the economic fallout of the COVID-19 pandemic.

Another issue facing the sector is the war in Ukraine which is being felt in many ways. It has pushed up the price of fuel, transport, heating and cooling, lights, fish, and other food and drink items. In addition, it will limit the number of tourists visiting the country.

According to the National Statistics Institute, in 2021, Albania received some 363,483 from Eastern Europe. During its peak in 2019, that number was 393,368. Poland, Ukraine, Russia, and Belarus account for most visitors from the region.

While the impact can hopefully be mitigated with tourists from America and Western Europe, millions of euros will have to be made up by operators to break even. This will be difficult to achieve locally as the current crisis hinder Albanians’ ability to save and travel.

Neither waiter nor waited on, Albanians may soon be priced off their own beaches.