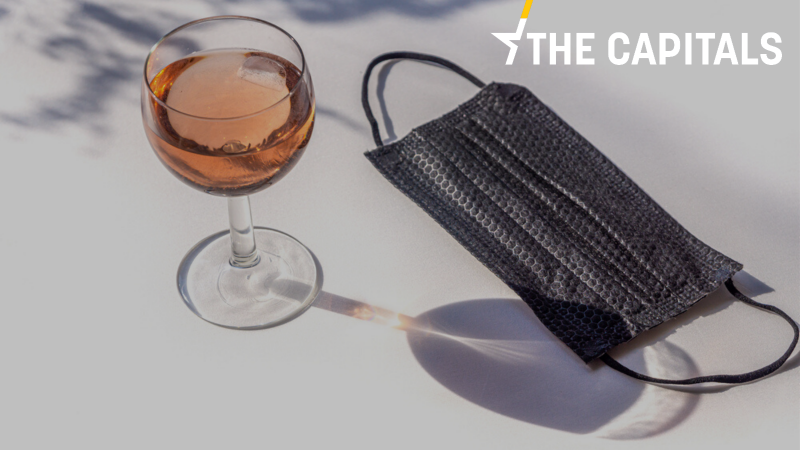 While the increase in sales may not be good news for public health, it may nonetheless represent a small consolation prize for a state struggling with a budget deficit. [Shutterstock/ Dragunborn]

Before you start reading today’s edition of the Capitals, feel free to have a look at the article “Von der Leyen unveils details of EU’s upcoming COVID-19 recovery plan” by Beatriz Rios.

We would like to remind you that everyone at EURACTIV is keen to continue delivering top-quality content that covers the EU in a clear and unbiased way, despite being heavily impacted by the current crisis. As we, at EURACTIV, firmly believe that our readers should not have to access content via a paywall, we are asking you to consider making a contribution. All you need to do is follow this link.

If you are interested in finding out more about the latest lifting of lockdown measures across Europe and beyond, feel free to check out EURACTIV’s comprehensive overview, which is regularly updated with the help of our network of offices and media partners.

Legal action looms for EU’s ‘voucher-gate’ clique. The European Commission announced on Wednesday (13 May) that it would remind EU countries of their obligations to enforce passenger rights rules and that legal action against those who do not comply is a possibility. Read more.

EU should back Taiwan’s WHO observer status to share COVID-19 experience – open letter. Read the open letter obtained by EURACTIV.

HELSINKI. Statistics reveal that alcohol sales in Finland increased by 23% in April compared to the year before. Finnish national alcoholic beverage retailing monopoly, Alko, saw its sales of Rosé wine increase by 40% that month, while red and white wins saw a 35% and 28% increase respectively. EURACTIV’s Pekka Vänttinen has the story.

Merkel takes questions on the pandemic, Russian cyber attack. German Chancellor Angela Merkel spoke before the Bundestag yesterday (13 May) in a government Q&A similar to Prime Minister’s Questions in the UK, reiterating the need for caution for those going out in public and warning of a possible second wave of coronavirus.

“The basic facts have not changed. There are still no drugs and no vaccine,” the chancellor said. The virus continues to be a “danger to everyone and everything,” she added. But what did Merkel have to say about Russia? EURACTIV Germany’s Sarah Lawton looks into it.

Meanwhile, Interior Minister Horst Seehofer announced yesterday (13 May) that from Saturday (16 May) he intends for the country’s borders to gradually reopen, meaning entry from third countries will continue to be restricted until 15 June. While border controls with Luxembourg will end on Saturday, border controls with France, Switzerland, and Austria will be loosened until 15 June, according to an agreement reached with each of these countries.  With regards to reopening its border with Denmark, the German and Danish government are still negotiating an end date.

For its part, Austria will already reduce border controls to random checks on Friday (15 May). While Chancellor Sebastian Kurz did not make any promises regarding the Italian border when asked by a journalist at a press conference, he assured that Austria had been having “very intense contact” with its Eastern neighbours on the matter. (Sarah Lawton; Philipp Grüll| EURACTIV.de)

Belgium green-lights next deconfinement phase. As planned in the country’s exit strategy, Belgium’s National Security Council has given the go-ahead for a series of new relaxations as of next Monday (18 May), including the reopening of schools, hairdressers and even some social activities in an effort to relieve the battered economy. Alexandra Brzozowski has the details.

Tears of joy. The government has issued a much-awaited €55 billion new stimulus package, that will include measures such as an emergency income for families in distress, as well as tax cuts for businesses worth a total of €4 billion. In the press conference, Italy’s Agriculture Minister Teresa Bellanova was moved to tears when she announced the agreement reached on the regularisation of illegal migrant workers, adding that the state will now be stronger than ‘caporalato’, an Italian word for the exploitative conditions of migrants working on farms.

The national health system will receive an extra €3.25 billion, meaning the number of ICU beds will increase by 115% from 5,179 to over 11,000. While €1.15 billion will be earmarked as support for the agri-food sector, another €1.45 billion will go to education to ensure the return to school in September. (Gerardo Fortuna | EURACTIV.com)

EU Commission response to tourism issue very welcome. According to Renew MEP José Ramón Bauzá, the last months of unprecedented crisis which deeply impacted the tourism sector have finally convinced the EU bubble of the sector’s relevance. While he had welcomed the Commission’s response to the issue, he wondered why this industry, which accounts for more than 10% of the bloc’s GDP, had been ignored by the EU for so long. Read the op-ed here.

Read: Commission proposes gradual lifting of borders, in bid to save Europe’s summer

Greece eyes intergovernmental deals. Athens has welcomed the Commission’s proposals for tourism, but still has its reservations, especially when it comes to the lack of health passports – testing before travelling. Greek media report that it will now focus on bilateral agreements with countries that have dealt successfully with Covid-19.

Athens wants to reach out to Bulgaria, Austria, Israel and Cyprus as well as Denmark, Norway, the Czech Republic and Australia. (Sarantis Michalopoulos | EURACTIV.com)

Worrying arrests. Two men have been detained in the past two days on suspicion of ‘scaremongering’ after sharing posts critical of the government on social media. While no charges were brought, opposition politicians are concerned these incidents represent government attempts to intimidate critics made possible by its controversial emergency coronavirus law. (Vlagyiszlav Makszimov | EURACTIV.com) Read the full story.

The defence budget is safe. The Czech government is not planning to cut its defence spending due to the economic impact caused by the COVID-19 pandemic, Prime Minister Andrej Babiš told Czech TV yesterday (13 May). After having bought almost 50,000 bulletproof vests yesterday, the defence ministry is currently in negotiations regarding its biggest purchase yet – new armoured troop carriers worth €1.9 billion to replace the old ones from the Soviet era. (Ondřej Plevák | EURACTIV.cz)

Constitutional judge linked to Kočner resigns. Constitutional Court Judge and Smer-SD MP, Mojmír Mamojka, resigned from his posts on Wednesday (13 May) after the Constitutional Court’s president, Ivan Fiačan, received information from intelligence service about his links to Marián Kočner – the man charged with the murder of journalist Ján Kuciak. The case led to anti-corruption protests that brought down the government of long-time prime minister Robert Fico two years ago.

Although the exact nature of the information passed to Fiačan remains classified, it was reported that two weeks before Kočner was taken into custody for allegedly forging promissory notes worth almost €70 million, that he had contacted Mamojka in the hope of being released from custody, according to a witness’ account. (Zuzana Gabrižová | EURACTIV.sk)

Discussion on tourism and transport. Croatian Prime Minister Andrej Plenković said that he and his government have initiated a discussion about the European Commission’s documents regarding tourism and transport. According to the PM, one of the key aspects of Croatia’s EU Presidency has been the focus on tourism as an important industry for a large number of member states. EURACTIV Croatia’s Tea Trubić Macan has more.

No website accessibility for people with disabilities. Many websites in Slovenia have not been adapted for people with disabilities. This means that during the pandemic, many disabled people are not only isolated from social contacts, but also from the information they need to properly deal with the coronavirus, Borut Sever of the National Council of Disability Organisations of Slovenia told the leading newspaper, Delo. EURACTIV’s Zoran Radosavljević digs deeper.

14-day quarantine for all arrivals until 15 June. According to decision made on Wednesday the state of urgency has been downgraded to “epidemiological urgency” and some measures have been eased. For example, transplantations will be allowed, or city parks will be open to the public. However, the obligation for all incoming passengers, no matter if they are Bulgarian or foreign, to observe a 14-day quarantine after arrival to the country will remain.

200,000 people lost jobs during COVID-19 pandemic. Since the state of emergency was declared to fight the coronavirus pandemic, about 200,000 people have lost their jobs in Serbia, which corresponds to about 8% of the people employed in February, including informal and self-employed workers, according to research conducted by the SeConS Development Initiative Group, supported by the Friedrich Ebert Foundation. Read more.

In other news, the so-called ‘Green Corridors’ concept should contribute to more efficient border crossings to counter hours’ long wait times, Serbia’s  Construction, Transportation and Infrastructure Minister, Zorana Mihajlovic, said on Wednesday (13 May). The concept was designed by member states of the Central European Free Trade Agreement, the EU and the Western Balkans. Read more here.