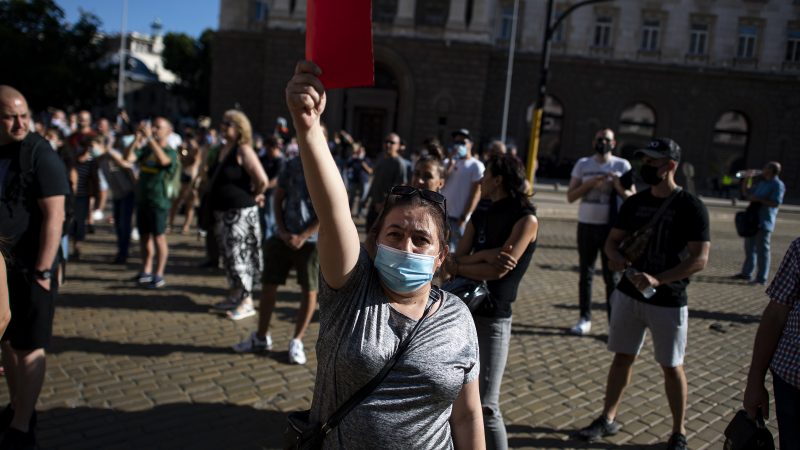 File photo. A Bulgarian woman holds a red card during a protest in front of the Council of Ministers in Sofia, Bulgaria, 11 July 2020. [Vassil Donev/EPA/EFE]

For 116 days in a row, thousands of Bulgarians have rallied in the streets, calling on Borissov and the country’s chief prosecutor to resign over rampant high-level graft that has weakened state institutions and benefited powerful tycoons. The prosecutor general, Ivan Geshev, is widely considered as biased and unfit for the job.

The daily gatherings in the centre of Sofia will be replaced with other kinds of actions, including in social media.

“We must preserve the ability of Bulgarian doctors and nurses to deal with the wave of patients. We took this decision out of respect for our medics and paramedics”, the non-political organising trio, consisting of a PR expert, a lawyer and a sculptor, said in a statement.

Although lower than in Western Europe, the number of infections is rising on a daily basis and the ambulance services were the first to admit they cannot cope with the higher number of cases. The Bulgarian health service suffers from a lack of doctors and nurses, many of whom find work abroad more attractive.

The trio said the government was afraid to ask the protests to stop, which is why they took this decision themselves, knowing full well that it is unpopular and will trigger criticism.

“One must have the courage to choose between personal rating and even one human life lost. Borissov does not have this courage and is immersed in fear!” the trio stated.

The turnout at the protests has been on the decline since the summer, and protesters interviewed by the media admitted that they had realised Borissov and Geshev would not resign. Bulgarians will vote in regular general elections next March and Borissov has repeatedly said that his critics will then have the chance to vote for whoever they like.

Borissov has used the time available until the elections to raise salaries in the administration and pay a fixed monthly bonus to pensioners. His detractors cried foul and accused him of trying to bribe the electorate.

If elections were held today, opinion polls show that Borissov’s GERB party (EPP-affiliated) and the opposition socialists would be neck-and-neck. But neither could govern without a coalition, consisting of at least three parties, with sufficient support in Parliament.

During the entire period of protests in front of his office, Borissov avoided the building of the Council of Ministers and drove his SUV across the country, with a cameraman filming his meetings on Facebook. He is now COVID-positive and receives treatment at home.

Borissov, who has governed almost without interruption since 2009, has survived situations which would have destroyed most other politicians: suffice it to name the scandal with leaked photos allegedly revealing his hidden wealth. 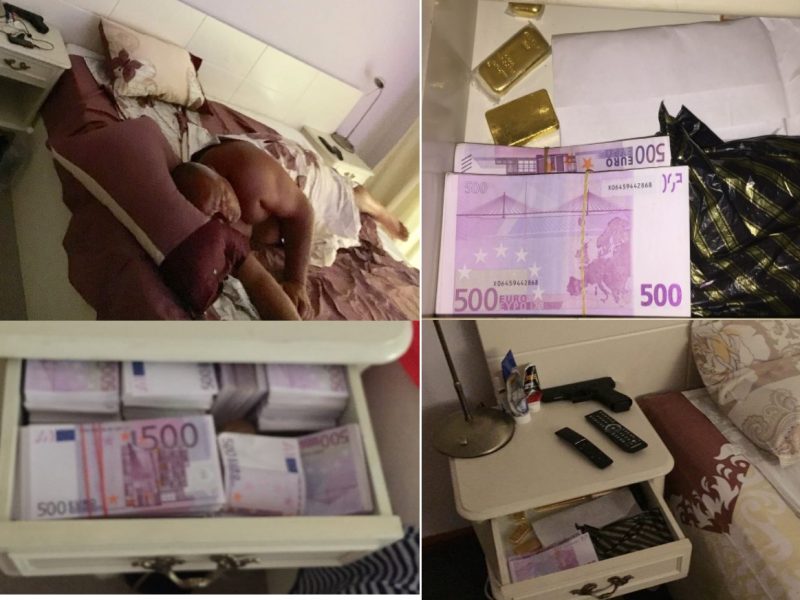 It is believed that the socialists are not Borissov’s main concern. Even if they were to win the elections and form a government, many consider that he could find a way to get along with them. Borissov has said that he is not seeking reelection and that his new job would be to strengthen his GERB party.

But he appears to be worried by the role of the President Rumen Radev, his political nemesis who has strongly backed the protesters and is riding high on their anti-mafia sentiments. Radev, a former military pilot and chief of the air force, is due for likely re-election in the fall of 2021.

The president in Bulgaria has limited prerogatives but Borissov apparently fears that Radev could be tempted to form a political party, and that could be a game-changer for Bulgaria, because such a force is unlikely to strike any compromise with him.