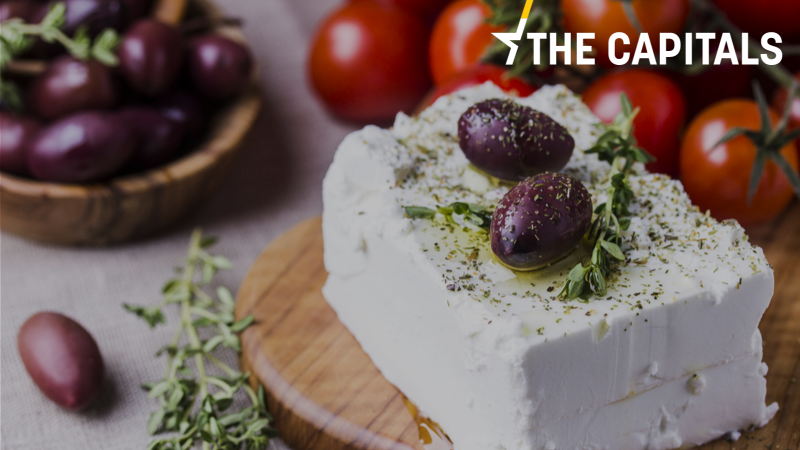 The Greek Agriculture Ministry argued that these products are critical, considering that especially feta cheese supports almost the entire sheep and goat sector in the country. [Shutterstock]

Before you start reading The Capitals today, take a look at the latest Commissioner hearings of Frans Timmermans, Valdis Dobrovskis, and Margrethe Vestager.

Greece pushes for more exemptions from US tariffs. On the sidelines of the Greece-US Strategic Dialogue held in Athens, Deputy Agriculture Minister Costas Skrekas has asked the US Assistant State Secretary Manisha Singh for more Greek agricultural products to be exempted from US tariffs against EU goods. These products include feta, peaches, olive oil and olives.

Τhe US administration recently decided to impose 10-25% tariffs on European goods after a World Trade Organisation (WTO) had ruled in favour of the US and against the EU over subsidies for Airbus, a European aircraft manufacturer.

The tariffs concern imports of EU products worth a total of  €6.8 billion, ranging from Italian cheeses to French wines and Scotch whiskey. The decision has triggered strong reactions across Europe and threatens to escalate an already heated transatlantic trade row.

According to EURACTIV.gr, Skrekas said the Greek government negotiated extensively at the highest level, including with the US ambassador in Athens, to exclude olive oil and edible oils, which account for more than 50% of total Greek agricultural exports to the US. “Greece is the only EU country that has been exempted from tariffs on olives,” Skrekas said.

At the meeting with the US Deputy Secretary of State, Skrekas raised the issue of exemption of other Greek agrifood products, such as feta and peaches. Greece’s agriculture ministry argued that these products are critical, especially since the feta cheese industry relies on the country’s entire sheep and goat industry.

Voridis said the negotiations with the US administration are ongoing and dynamic, leaving a slight chance for the tariffs not to be enforced on 18 October, but later. He also noted that there could be a change in products and tariffs imposed following the EU’s appeal to the WTO decision.

Read also an interview with Syriza MEP Petros Kokkalis, who said the EU left should in ‘no way’ turn its back on agriculture’s digitisation.

Hallo London? Following a telephone conversation between British Prime Minister Boris Johnson and German Chancellor Angela Merkel on Tuesday (8 October), an agreement would be “practically impossible”, according to sources quoted by AFP. The same sources said that Merkel asked Johnson to give up his opposition to the retention of Northern Ireland in the EU Customs Union. A German government spokesman confirmed that Merkel and Johnson had a phone call this morning but declined to provide details. (Claire Stam | EURACTIV.de)

In Paris, in an interview with daily newspaper Les Echos, Jean-Claude Juncker warned that a Brexit would drive the UK to an “affaissement” (a word used when the soil is melting under a building), as well as weaken the bloc’s growth. He also slammed the UK for blaming the EU for a possible failure of the negotiations, saying, “The original sin is on the islands and not on the mainland”.

Goulard divides MEPs. The written answers provided by Sylvie Goulard on Tuesday (8 October) have not satisfied all MEPs, and the EPP insists on another hearing on Thursday. Regarding the much-discussed parliamentary assistants’ scandal, for which her former party colleagues of the liberal party MoDem are now facing court action, she said she would consider continuing her mandate if she was indicted and consult with the President of the Commission. However, many would prefer her to quit directly.

The case is still under investigation by the European Anti-Fraud Office OLAF and the French authorities. However, the EU body had found no illegal activity, and Goulard had to repay approximately €45,000.

The socialist party (S&D) is divided. Several MEPs from northern countries, as well as French MEPs, are against the idea of agreeing on a candidate whose ethics may be questioned. (EURACTIV.FR)

The plan, which was discussed by EU Justice and Home Affairs ministers on Tuesday in Luxembourg, seeks a temporary solution (in the absence of a definitive system at EU level) to migrants being rescued at sea. The idea is to avoid having to solve those situations on a case-by-case basis.

Official Spanish sources have said they are “satisfied” that the draft plan to manage migration flows in the Mediterranean has included several of its claims. However, Madrid insists that the plan should neither be limited to asylum seekers nor depend on the “goodwill” of  EU countries. (Fernando Heller | EuroEFE.EURACTIV.es)

Smallest parliament in Europe. Italy’s House of Deputy approved a constitutional reform that will scrap from 945 to 600 the number of lawmakers in the next legislative term with an overwhelming majority. This has been one of anti-establishment party Five Star Movement’s key electoral proposals.

Centre-left Democratic Party (PD) voted against the proposed reform in the first two readings but decided to ultimately back it as part of a wider compromise involving a new electoral law. A referendum to confirm the constitutional amendment may be convened by a fifth of the current lawmakers, 500,000 citizens or five regional assemblies.

If the reform goes through, Italy’s parliament will become Europe’s smallest one in proportion to its population. Such a reduction raised some concerns among legal experts, as citizens would be less represented. (Gerardo Fortuna| EURACTIV.com)

Who benefited from social policy? A survey carried out by the CEA Economic Analysis Centre has found that from the PiS’s pro-social “Family 500 plus” program (2015-2019), both rich and poor households benefited. Practically, it increased the income of families with children, pensioners and people unable to live independently. But the report noted that now things are different. From the €7.7 billion that PiS has promised in recent months ahead of the parliamentary elections, 32% will go to the richest and only 9% to the poorest. (Mateusz Kucharczyk | EURACTIV.pl)

Slovakia breaks ranks with V4 again. This time on climate policy. Slovakia has not joined the group of 10 countries that opposed updating the EU’s 2030 emission targets ahead of the COP25 in Santiago de Chile. The debate took place at the Council meeting of environment ministers last Friday (4 October). Slovakia was among the 13 states, which supported the update of targets, unlike its traditional allies in V4, Czech Republic, Poland and Hungary.  (Zuzana Gabrižová |EURACTIV.sk)

Concerned about Syria. According to Czech Foreign Minister Tomáš Petříček, the creation of a “safe zone” in Northern Syria will escalate the situation. “I am concerned about plans to move US troops in Syria and possible military action by Turkey. Ordinary people will suffer. This can only be resolved politically and diplomatically. I hope there won’t be attempts to force the refugees to move. International Law must be respected,” the minister has said. (Aneta Zachová | EURACTIV.cz)

Мonitoring cash flows. Those who leave Bulgaria must declare if they carry over €10,000 in cash according to legislative changes proposed by the country’s finance minister. In addition, the law prohibits transfers of over €15,000 in cases where the customs authorities have received information that the person concerned has public payment obligations. (Dnevnik.bg)

How to convince socialist MPs. A day before a critical no-confidence vote in the parliament, PM Viorica Dăncilă tried to convince MPs from her party not to side with the opposition by promising money for the local authorities and thinly veiled threats of potential criminal charges, according to an audio recording obtained by Newsweek Romania. The PSD socialist party lost the majority in the parliament after its junior partner ALDE left the coalition in August. The other opposition parties filed a censure motion, calling for the dismissal of the government. The opposition also counts on a few votes from some PSD members.

But Dăncilă and her ministers tried to persuade PSD MPs to not vote against the government by promising to allocate new state funds for local authorities in a government meeting scheduled on Friday, just a day after the confidence vote. Moreover, according to the audio recording, the government promises MPs they will have a greater say in the making of the budget for next year, while Dăncilă is heard saying that what is really at stake in this vote are not the ministerial positions, but the appointment of prosecutors and the handling of corruption files. (EURACTIV.ro)

Slovenia is angry at Austria.  Slovenian Interior Minister Boštjan Poklukar has expressed his dissatisfaction with Austria’s announcement that it would extend its border controls with Slovenia for six months. Border controls were first introduced in 2015 at a time of a large wave of illegal migrants. Poklukar said it would be better to form mixed police patrols to control borders like the ones Slovenia has with Italy. Slovenia has military troops, wire and fences at the border with Croatia. (Željko Trkanjec |EURACTIV.hr)

No more trends of mass emigration. Prime Minister Andrej Plenković has said that emigration toward more developed EU countries is not a problem anymore. “Those trends have been stabilising in Croatia, too, and there are no more mass emigration trends,” the PM said. “The government has kickstarted economic growth, macroeconomic trends are good, we have the lowest unemployment rate and the highest employment rate of 66%,” he said. (Željko Trkanjec |EURACTIV.hr)

Kurti: New ruling coalition should include Serbs, but not Serb List. Albin Kurti, the leader of the Self-Determination party, which won most of the votes in the snap parliamentary elections in Kosovo, said a new ruling coalition would include Serb parties, but not the Serb List, which according to him, is not a party but a state. “According to the Kosovo Constitution, the cabinet should feature at least one minister from the Serb community, but it does not stipulate that a minister has to be from the Serb List. We will focus on our priorities in relation to minorities as such, as communities, and not as parties,” Kurti told TV N1. (EURACTIV.rs)