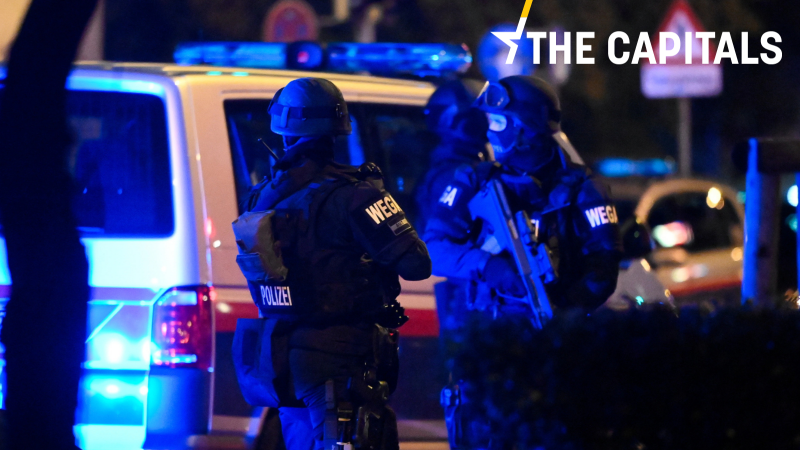 Before you start reading today’s edition of the Capitals, feel free to have a look at the article OSCE observer mission says US election ‘tarnished’ by Trump allegations by Alexandra Brzozowski.

Also feel free to have a look at the piece German EU presidency pushes for cybersecurity ‘by design’ in connected devices, written by Samuel Stolton.

Austria ignored Slovakia warning about gunman. Austria’s interior minister admitted on Wednesday (4 November) that a warning from Slovakia about the gunman who killed four people in central Vienna on Monday was not followed up. Read more.

Digital giants are ‘adversaries of the state’, says Le Maire. Amazon, Facebook, Google, Apple and Twitter have now acquired a power that is equal only to that of states and have thus become their adversaries, French Economy Minister Bruno Le Maire said on Wednesday. Read more.

In other news, “relaunch, power, belonging” could be the keywords of the French EU Council Presidency, according to a press release on Wednesday by France’s EU and Foreign Minister Jean-Yves Le Drian, together with Clément Beaune, the Minister of State for European Affairs. Read more.

Strict measures to remain ‘until there is a vaccine,’ says Belgian PM. Compliance with the measures during the second COVID-19 wave is going to be a long-term task, Prime Minister Alexander De Croo said during a hospital visit on Wednesday, adding that the measures will have to be continued for several “months in a row”. Read more.

Johnson survives rebellion. MPs have backed a four-week lockdown in England to combat the second wave of COVID-19, which began at midnight on Wednesday, after Prime Minister Boris Johnson saw off a rebellion by 34 Tory MPs, with the support of  the opposition Labour party.

The government won the vote by 516 to 39 to impose a four-week lockdown. However, a growing number of Johnson’s party said that they will not support further restrictions because of the damage to businesses. (Benjamin Fox | EURACTIV.com)

Registration will be free of charge for those already carrying a document certifying they have a right to reside in the EU. The roughly 6,000 UK nationals currently living in Finland will have until the end of September 2021 to apply. (Pekka Vänttinen | EURACTIV.com)

Denmark to cull entire herd of mink due to COVID-19 risk. Denmark will cull its mink population of up to 17 million after a mutation of the coronavirus found in the animals spread to humans, the prime minister said on Wednesday. Read the story here.

Lithuania to enter three-week COVID-19 lockdown. Lithuania’s government on Wednesday declared a three-week lockdown starting on 7 November, to slow the spread of COVID-19 which has accelerated in recent weeks. The government said people should avoid social contact and non-essential travel and encouraged people to work from home. (Alexandra Brzozowski | EURACTIV.com)

Italy to introduce three-stage lockdown from Thursday. A new decree which will be enforced from Thursday until at least 3 December was signed by Prime Minister Giuseppe Conte late Tuesday night. Read more.

Government’s economic forecast in its 2021 Budget is too optimistic, said the Governor of the Spanish Central Bank, Pablo Hernández de Cos on Wednesday. Read more.

Greece in total lockdown. The Greek government has decided to impose a total lockdown after as the coronavirus cases reached a new record on Wednesday. The government fears that the already ailing national health system won’t be able to resist the pressure. Read more.

Cyprus announces COVID-19 curfew. Cyprus announced new restrictions on Wednesday to fight a resurgence of virus infections after a rise in cases in recent weeks.

“The daily increase in cases risks spiralling out of control, which other than posing a threat to life threatens the healthcare system, employment and our welfare in general,” Cypriot President Nicos Anastasiades said in a statement. (EURACTIV.com)

Poland tightens COVID-19 lockdown measures. Measures in Poland will be tightened from Saturday until at least the end of the month, Prime Minister Mateusz Morawiecki announced on Tuesday, adding that the current tightening in Poland is “the penultimate step before a total national lockdown.” Read more.

Blanket testing in Czech nursing homes. Blanket testing for COVID-19 began at care homes across the Czech Republic on Wednesday, meaning clients and staff will be tested every five days.

The average age of people hospitalised for the coronavirus in the Czech has risen from 65 to 70, said new health minister Jan Blatný. (Ondřej Plevák | EURACTIV.cz)

COVID-19 spreads in the Bulgarian foreign ministry. Bulgarian Deputy Prime Minister and Minister of Foreign Affairs Ekaterina Zaharieva is having to quarantine for 10 days after her deputy, Petko Doikov, tested positive for coronavirus. Read more.

Romania will not impose lockdown. A lockdown will not be needed to contain the coronavirus pandemic, said Health Minister Nelu Tătaru as Romania recorded three record days of daily infections in a row. Tătaru said the pandemic is still manageable, noting, however, that the population also needs to observe the rules.

Romania announced 8,651 new COVID-19 cases on Wednesday, a sharp increase from the 7,733 daily infections the day before.The number of deaths caused by COVID-19 also reached a record daily high of 146 as the amount of the number of severe cases went past 1,000 for the first time. (Bogdan Neagu | EURACTIV.ro)

‘Difficult months ahead’ for Croatia. This year was extraordinary in many regards, with many unprecedented challenges and new challenges for the coming months, Prime Minister Andrej Plenković told parliament while presenting an annual report of his government’s work. Read more.

Slovenia says ‘no’ to Chinese investments.  While Beijing is interested in the country’s big business, Slovenian politics has been blocking the likes of Huawei from developing a 5G network and Chinese building companies in taking part in the construction of the Koper-Divača railway’s second track, daily Delo reported.

China continues to be interested in taking part in the Koper-Divača project, but Ljubljana has given contract authorities the right to exclude tenderers who have not yet signed an agreement with the EU on the opening of public procurement. (Željko Trkanjec | EURACTIV.hr)

Serbia calls for a common regional market in Western Balkans. An action plan to produce a common regional market in the Western Balkans, including the ‘mini-Schengen’ initiative, should be implemented by all six states of the region, making it easier for them to reach European standards on their respective paths to the EU, stakeholders in the region agree. Read more.

About 14,000 migrants have entered the country illegally this year with the aim of reaching Western European countries via Croatia. A quarter of them are migrants from Pakistan. BiH’s security services have found that 27% of the illegal migrants are from Afghanistan, 19% from Bangladesh and 10% from Morocco. (Željko Trkanjec | EURACTIV.hr)