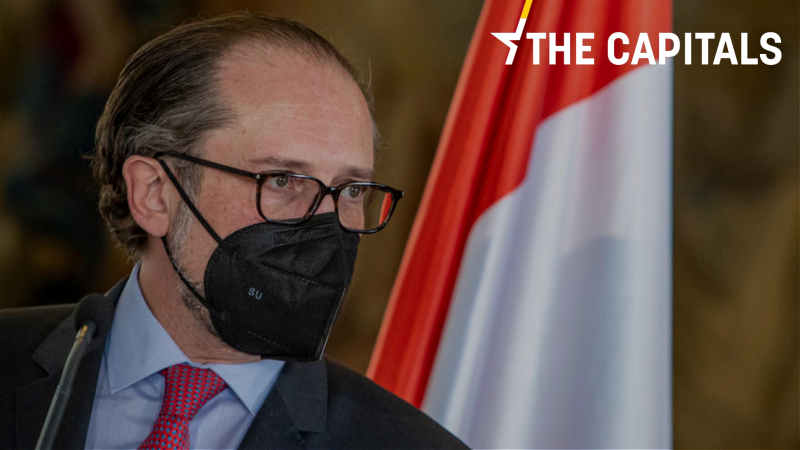 Before you start reading today’s edition of the Capitals, feel free to have a look at the article “US raises concerns over Europe’s planned carbon ‘border tax’“, by Kira Taylor.

Portuguese PM: ’unfair’ to blame Germany for vaccine patent stance. Portugal’s prime minister has said he considered arguments that blame Germany for the EU’s scepticism over the waiving of patents on COVID-19 vaccines “unfair”, stressing that most member states follow the same line. More.

German Greens: The ‘X’ factor in EU’s debate on new genomic techniques. With the Greens increasingly likely to hold sway in the future German government after the 26 September election, EURACTIV took stock of the party’s position on gene-editing, which could prove to be a turning point for Germany’s position and the ongoing debate in the EU. Read the full story.

In other news, the far-left Die Linke have nominated party chairman Janine Wissler and parliamentary group leader Dietmar Bartsch as lead candidates for the September election. The two top candidates named as their most important issues the commitment to workers in poorly paid sectors, disarmament, higher taxes and tackling old age and child poverty.

Macron may drop referendum on including environmental preservation in Constitution.  French President Emmanuel Macron may well have to abandon the pledge he made to the Citizen’s Climate Convention in December to organise a referendum on whether to include environmental preservation in Article 1 of the French Constitution as senators failed to agree on appropriate wording, French weekly Le Journal du Dimanche reported. Read more.

Belgium’s Consultative Committee meets on ‘Freedom Plan’. Belgian leaders are set to meet on Tuesday to discuss a schedule for further relaxation of coronavirus restrictions over the coming months. Further relaxations in the hospitality sector, easing limits on gatherings and a rollover of measures for teleworking and summer tourism are on the agenda. (Alexandra Brzozowski, EURACTIV.com)

Hugs back on the menu in UK. Hugging is set to return to English life next week as part of the next stage of easing coronavirus restrictions. Read more.

Estonia wants to spend EU funds according to ‘own model’. Estonia should spend EU funds, particularly with regard to the digital and green transition, according to its “own Estonian model” and without being influenced by other countries, Finance Minister Keit Pentus-Rosimannus told the country’s parliament on Thursday. Read more.

Tensions mount as migrants arrive at Italian island Lampedusa. The arrival of some 2,148 migrants between Sunday and Monday at the Italian island of Lampedusa, as well as the interception by the Libyan coast guard of 700 migrants and the death of five due to a boat capsizing, has caused sharp controversy in Italy. Read more.

Spain’s car industry eyes extension of furlough schemes to save jobs. TThe Spanish car industry is mulling extending temporary lay-off schemes known as ERTEs currently due to expire at the end of the month until at least next September to mitigate the pandemic’s negative impact on the sector. Read the full story.

Eastern Europe leaders condemn Russia’s acts of sabotage on NATO territory. Leaders of the Bucharest Nine (B9) group condemned acts of sabotage committed by Russia on the NATO territory and expressed their view that the Atlantic alliance members must address the security implications of China’s global rise together. Read more.

Slovak government again divided over ousting of justice minister. A proposal put forward by the opposition to oust Slovak Justice Minister Mária Kolíková from the coalition party Za ľudí due to conflict of interest was shot down by members of government. Read more.

Former Bulgarian PM returns to politics in alliance with communists. Former Bulgarian Prime Minister Jan Videnov announced that he is returning to politics, founding a new Left Alternative party, adding that he plans to run in the upcoming early elections with the coalition “For a Clean and Holy Republic”, a part of which is the Union of Communists in Bulgaria. Read more.

In other news, Serbian Finance Minister Siniša Mali signed two loan contracts worth a combined €234.6 million on 10 May,  a programme loan for climate change public policy and a loan for the project to modernise the rail sector in Serbia by employing a multi-phase programme approach. Read more.