The new Austrian government intends to cut family benefits for workers whose children live abroad. With this, Chancellor Sebastian Kurz and his Vice-Chancellor Heinz-Christian Strache started implementing their election campaign promises at the first meeting of their Council of Ministers. EURACTIV Germany reports.

Employees from Eastern European states such as Poland, Slovakia, Hungary, Serbia and Romania would be the most affected by such a decision.

In the building and tourism sector, the daily and weekly job-commuters play an important role on the Austrian employment market. While the families often stay in the home country, mainly the male family members take up work across the border in Austria. 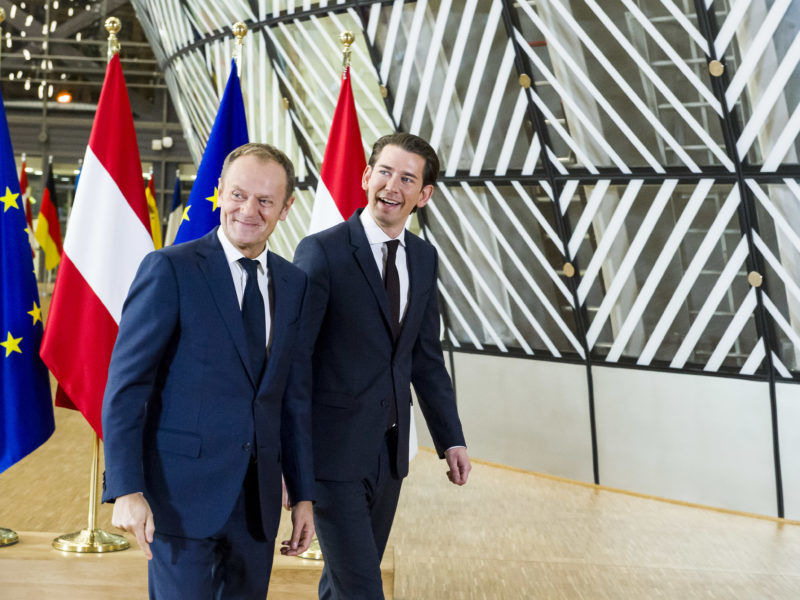 EU bosses willing to give Austria's new government a chance

Essentially, family benefits can be claimed until children turn 24. But from the moment they are 18, the granting of family benefits is in general bound to the presence of a vocational training and higher education. Depending on the age of the children, the family benefit in Austria can range from 112€ up to 162€ per child per month.

When it comes to the new Austrian government, the family benefit should be adjusted to the costs of living in their respective country and the comparative price levels published by Eurostat are meant to serve as a scale.

But this could lead to a situation in which families from Eastern Europe would have to face significant financial losses while families in Western European countries might even be able to count on higher benefits.

Currently, more than €270 million in family benefits are transferred abroad. The amount of savings, which Vienna promises itself from the adjustment to the living standards in various European countries, is estimated to add up to around €144 million per year.

For now, the new Austrian cabinet has to wait for a reaction from Brussels, where some degree of reluctance can be observed as the reaction of an EU spokesman shows: “We have taken note of this and we will check the laws for conformity with EU law.”

In Austria itself, there are diverging views about the proposed law and a number of Austrian lawyers are rather sceptical of the government’s plans.