Austria’s neutrality in the spotlight after Sweden-Finland NATO bid 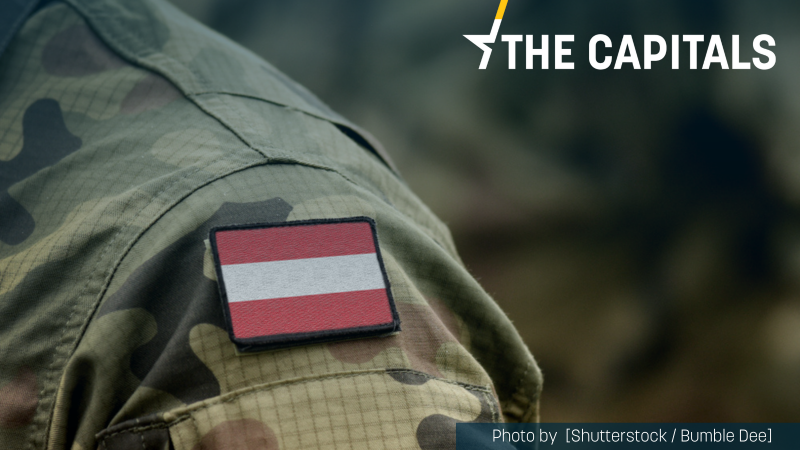 “Austria was neutral, is neutral and remains neutral,” Austrian Chancellor Karl Nehammer said Tuesday during a visit to Czech counterpart Petr Fiala in Prague. “For Austria, this question does not arise in this way. We also have a different history than Sweden and Finland.” [Shutterstock/Bumble Dee]

The Capitals brings you the latest news from across Europe, through on-the-ground reporting by EURACTIV’s media network. You can subscribe to the newsletter here

Editor’s take: A question of protocol. For those who have followed the interminable Brexit process, there was a wearisome inevitability about Foreign Secretary Liz Truss’s announcement on Tuesday that the UK government intends to table domestic law to allow to override bits of the protocol. Read more.

Following Sweden and Finland’s bid to join NATO, abstaining Austria’s neutrality is once again a topic of discussion with opposition parties and experts criticising the government’s reluctance to reevaluate its position. Read more.

Nord Stream-funded German foundation to be dissolved. The ‘climate’ foundation, which received €20 million from Nord Stream 2 AG, and was used by the German state home to the Russian pipeline, to potentially circumvent US sanctions, is to be dismantled. Read more.

EU threatens sanctions after UK proposes law to override NI protocol. UK foreign secretary Liz Truss outlined plans for a new law to override parts of the Northern Ireland protocol on Tuesday (17 May), insisting that the plans would be legal under international law. Read more.

Irish PM urges UK not to act alone as Troubles legacy bill introduced. Irish Taoiseach Micheál Martin has called on the UK government not to act unilaterally as it published a bill which would put in place a statute of limitations on certain crimes committed during the Troubles. Read more.

Swedish FM signs NATO application. Foreign Minister Ann Linde signed Sweden’s NATO application after her government decided to apply for membership following a parliamentary debate during which almost all parties appeared to be on board. Read more.

Greek PM warns Washington to be careful with supply of military equipment. Eyeing Turkey’s pressure on the US to unlock a deal for the delivery of F-16 jet fighters, Greek Prime Minister Kyriakos Mitsotakis told the US Congress in a speech that Washington should mind the consequences of such decisions. Read more.

Tarajal border between Spain’s Ceuta and Morocco reopens. It has taken two years, two months and four days for the border at Tarajal – the only crossing point between the Spanish city of Ceuta in North Africa and Morocco – to officially reopen after it was closed due to the pandemic. Read more.

Western Balkans must not be forgotten, Czech and Austrian leaders say. The integration of Western Balkan countries into the EU is in the interest of the Czech Republic and Austria, Czech Prime Minister Petr Fiala and his Austrian counterpart Karl Nehammer said in Prague on Tuesday. Read more.

Bulgaria and Albania set ground for new gas corridor. A Memorandum of Understanding for the gasification of Albania was signed this week between three companies in the presence of Prime Minister Edi Rama and former US Secretary of State Mike Pompeo, signalling the start of a new potential natural gas corridor between Albania and Bulgaria. Read more.

Most Bulgarians see security only in NATO. Over half of Bulgarians believe Bulgaria cannot guarantee its national security and territorial integrity outside NATO, while one in four think it can, a national survey by the agency Market Links has found. Read more.

Slovenia unhappy about Austria extending border controls. Slovenia is dismayed over Austria’s decision to extend police control at its borders despite a recent EU Court of Justice ruling saying that Austria’s justification for introducing border controls has been unsatisfactory since 2017. Read more.