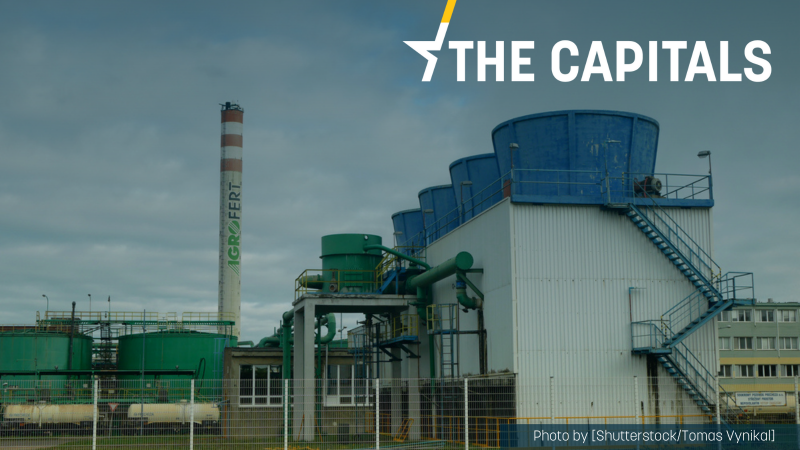 Reducing subsidies for large agricultural companies – such as Agrofert Holding, whose beneficial owner is Babiš – is among its priorities. However, big players in the Czech agricultural field flatly oppose such a move. [Shutterstock/Tomas Vynikal]

Germany could cut quarantine for ‘critical’ workers, vaccinated. Health Minister Karl Lauterbach proposed shorter mandatory quarantine for the vaccinated and those employed in the so-called “critical infrastructure” like health and the police. The proposals are set to be formally adopted by regional health ministers on Friday. More.

Former PM backs Macron’s presidential candidacy, gives advice. After President Emmanuel Macron declared again that he ‘wanted to’ run for reelection in April, former PM Edouard Phillippe told public channel France 2 on Wednesday morning he was delighted and advised him to “be in a logic of rally and […] of enlargement”. Candidates from Philippe’s party, Horizons, will present themselves at the legislative elections of June 2022, as he wants to “weigh on the public debate”.

In particular, Philippe wishes the debate on the digital and technological revolution to be at the centre of the presidential elections. According to him, it cannot be neglected and requires serious preparation. France needs to double the number of engineers trained each year to shape “a Nation of builders”, he added. Philippe confirmed he would remain “loyal” yet “free” regarding President Macron. (Davide Basso | EURACTIV.fr)

Austria’s COVID-19 infection rate triples due to Omicron. Austria is witnessing a 77% surge in COVID-19 infections due to the spread of the Omicron variant between Tuesday and Wednesday. The number of infections – which reached almost 10,000 on Wednesday alone – has tripled compared to Monday. Read more.

Netherlands gripped by wave of anti-lockdown protests. Multiple protests will be held across the country this week, a Dutch activist group called “Netherlands in Resistance” (Nederland in Verzet) announced as the country faces its third week of a hard lockdown. Read more.

Norway bought rapid COVID-19 tests for €53 million without a tender. The week before Christmas, Sykehusinnkjøp, the public health department responsible for health purchases, bought 15 million quick tests without a tender for NOK 532 million (€53 million). This could result in the filing of complaints, experts say. Read more.

Paid PCR tests causes political turmoil in Greece. The opposition and medical associations have mounted pressure on the Greek government to distribute free PCR tests for people, as Greeks seem to be the only EU citizens who still pay to get a molecular test. Read more.

Portuguese government: Can COVID-19 isolation be waived for voting purposes? The government has requested an opinion from the Advisory Council of the Prosecutor General (PGR) on whether COVID-19 isolation prevents people from exercising their right to vote, or whether it could be suspended. The question comes ahead of the parliamentary elections set for 30 January. Read more.

Leaked tapes: government commissioner accused of bribing Roma for electoral gain. Attila Sztojka, the commissioner for Roma relations within the interior ministry, was allegedly recorded saying he would offer contracts and subsidies to Roma representatives if the ethnic minorities’ self-government put forward candidates to the government’s liking, Telex reported via Népszava. Read more.

Bulgarian PM to open discussion on the admission of NATO troops. The new Bulgarian government has not yet discussed the deployment of NATO troops in the country, but such talks will undoubtedly take place, Prime Minister Kiril Petkov has announced. Read more.

Romania wants new electric power plants. The top priority is creating new facilities for electricity production in Romania, Energy Minister Virgil Popescu told a TV news station. The minister said new project calls will be launched in a few months. “We want to launch in March a call for solar and wind projects – €460 million for 950 megawatts,” he said.

Romania has set aside €1.6 billion in its recovery and resilience plan for energy projects, but a larger amount of around €10 billion will be available through the Modernisation Fund, Popescu added. The minister also mentioned that many other projects, including natural gas and hydrogen distribution networks, hydrogen production, battery making facilities, would be launched this year. (Bogdan Neagu | EURACTIV.ro)

US sanctions Dodik for corruption, threatening BiH stability. The US has sanctioned Republika Srpska leader Milorad Dodik and his associated media channel Alternativna Televizija (ATV) for “corrupt activities and continued threats to the stability and territorial integrity of BiH”. Read more.

Medical cannabis cultivation in North Macedonia was allowed in 2016 by modifying the Law on Control on Drugs and Psychotropic Substances. Since then, there has been an ongoing debate on allowing for recreational use of this criminalised substance. Currently, the government has issued close to 60 licences to companies for the production of medical cannabis. (Željko Trkanjec | EURACTIV.hr)

Escobar: Some political actors do not share Euro-Atlantic values. The US will not hesitate to use sanctions to send a strong message to corrupt and destabilising actors in the region, Gabriel Escobar, the US special envoy for the Western Balkans told the Montenegro agency MINA. Read more.