Baltic countries ready to cut last ties to Soviet past 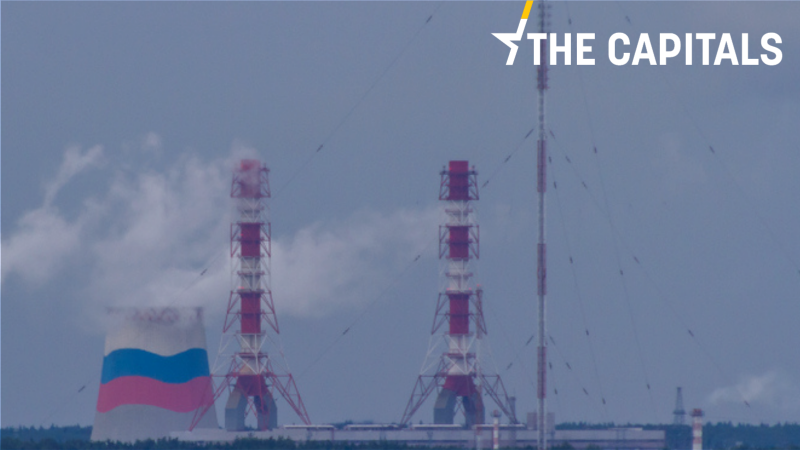 The influence Russia had on its western neighbours at least in theory via the electricity network will end as soon as the Baltic states connect to the European network.  [Shutterstock/Kev Gregory]

Before you start reading today’s edition of the Capitals, feel free to have a look at the article “Germany to give different second jab to AstraZeneca recipients under 60“.

US to increases military presence in Germany in reversal of Trump policy. The United States announced on Tuesday it will ramp up its forces by 500 additional troops in Germany amid the latest tensions with Russia over Ukraine, in a reversal of former President Donald Trump’s plans to withdraw around 12,000 of the 36,000 troops from the fellow NATO country. Read the full story.

In other news, a decision on the conservative chancellor candidate is expected later this week, after CSU boss Markus Söder and CDU boss Armin Laschet had agreed on the timing following a hearing in the parliamentary group on Tuesday.

According to German media reports, the picture is divided. In CDU regional groups from states such as Baden-Württemberg, Lower Saxony and Schleswig-Holstein a clear majority of the MPs spoke out in favour of Söder, while Hessian MPs and the largest state group in North Rhine-Westphalia is in favour of Laschet. In the Bavarian CSU regional group, in turn, approval for Söder is certain.  (Alexandra Brzozowski, EURACTIV.com)

It is almost certain that the schools will reopen and the travel ban will be lifted next Monday (19 April). Other themes to be discussion is the potential reopening of cafes and restaurants, which was previously pencilled in for 1 May, a potential change in social contacts and contact professions such as hairdressers, for which the provisional reopening was planned for 26 April.

According to health experts and official data, the number of confirmed infections and hospital admissions is decreasing, but a lot slower than expected. (Alexandra Brzozowski, EURACTIV.com)

Scientists are particularly concerned by the very contagious and lethal Brazilian COVID-19 variant known as P1, which has been responsible for a sharp rise in mortality in Brazil over the last few weeks. (Magdalena Pistorius | EURACTIV.fr)

UK-EU trade partially recovered in February. UK-EU trade made a partial recovery in February, after a steep drop in January following the UK’s exit from the single market.

Figures released by the Office for National Statistics on Tuesday (13 April) show exports to the EU increased by 46.6%, £3.7bn, to £11.6bn, following a 42% slump in January as firms struggled to adjust to new customs requirements on goods entering and leaving the EU. However, these figures still represent a fall from last year. (Benjamin Fox | EURACTIV.com)

MEPs seek extension on response to Commission’s UK data adequacy agreement. EU lawmakers from the Renew group have submitted a request to the European Parliament’s Civil Liberties Committee to hold off on adopting a position on the UK’s adequacy for EU personal data transfers until the EU’s data protection watchdog has weighed in on the plans. Read more.

EU court to decide on Ryanair lawsuits for COVID-19 aid in three countries. The European Court of Justice (ECJ) in Luxembourg is set to decide on Wednesday regarding three state aid lawsuits brought by Ryanair for other airlines in the corona crisis. Ryanair has sued the European Commission over Danish and Swedish guarantees for SAS as well as Finnish loan guarantees for Finnair. One of the arguments is that the Commission did not take into account the damage to low-cost airlines in the pandemic.

There are several lawsuits filed by Ryanair with the ECJ regarding state aid to airlines in different countries. In February, the court had already ruled in a first decision that other corona aid introduced by Sweden and France were compatible with EU law. (EURACTIV.com)

EIB to evaluate, finance Greek private projects under national recovery plan. Greece signed a deal on Monday with the European Investment Bank (EIB) to use the EU financier’s resources for the National Recovery and Resilience Fund. Read more.

60 million face masks seized in Italy’s Gorizia. The Italian finance police, by order of the prosecutor of Gorizia, in the north-east of the country, seized 60 million Chinese-made FFP2 and FFP3 face masks purchased in 2020 by the special commissioner for the COVID-19 emergency.

The masks were intended for hospitals and healthcare personnel, but an examination conducted in two Italian laboratories found the masks to be “non-compliant with current regulations and dangerous to health”, with a filtering capacity “even 10 times” lower than the standard.  In total, there were 250 million of the ffp2 and ffp3 masks, with 190 million already having been distributed, which is just under 50% of all the masks that Italy imported from China before ending foreign mask purchases in July 2020. However, it is not clear how many have already been used. (Daniele Lettig | EURACTIV.it)

Hungary to hold off from regulating big tech ahead of EU-wide rules. Despite earlier promises to submit a bill regulating social media giants in spring, Hungary is set to delay its plans to rein in tech companies, sources told EURACTIV’s partner Telex. Read more.

In other news, “Hungarian companies will be invited and are expected to take part in the business forum” for the reconstruction of Nagorno-Karabakh organised by the Turkic Council in Baku next month, the international organisation’s secretariat told EURACTIV in emailed comments on Tuesday. Read more.

Slovakia lifts COVID-19 measures for the first time in 2021. Slovakia, which has been under a strict lockdown since December, will start easing its COVID-19 restrictions since its pandemic situation has slowly been improving, the government announced Tuesday. Read more.

Hoteliers urge Bulgarian government not to ‘flex muscles’ at Putin. The Bulgarian Hotel and Restaurant Association has warned the government not to take a sharp stance against Russia because the country could suspend flights to Bulgaria as it did for regular and charter flights to Turkey until 1 June due to the spread of COVID-19, which would hurt the country’s summer tourism season. Read more.

Open slots for AstraZeneca jab on the rise in Romania. As demand for AstraZeneca’s vaccine falters, authorities in Romania have announced that anyone wanting to receive the vaccine can now do so without a prior appointment in centres that have it in stock. More

Croatian president wants missing persons issue resolved before Serbia enters EU. The issue of people who went missing during Croatia’s 1991-95 Homeland War must be resolved before Serbia joins the European Union, President Zoran Milanović said on Tuesday as he met with representatives of veterans, special police forces in the Homeland War and guard veterans. Read more.

Opposition wants to grill PM and president over Balkan borders. The opposition Social Democrats (SD) have requested a session of the parliamentary Foreign Policy Committee to grill Prime Minister Janez Janša and President Borut Pahor about media reports concerning an alleged non-paper on the potential redrawing of borders in the Western Balkans. Read more.

Chinese-owned mine, plastic recycling plant temporarily closed in Serbia over environmental  issues. The Jama underground ore mine near the eastern Serbian town of Majdanpek, belonging to Chinese company Zijin Copper, has been closed over environmental issues. Read more.

The five suspects who were arrested are all Afghan nationals. Two of the suspects were arrested in Croatian territory, Croatian news agency Hina reported. Acting in collusion with some other persons, the criminal group had been illegally transferring migrants, mostly from Afghanistan, across Serbia through BiH and into EU member state Croatia. The investigation in the case had lasted for months. (Željko Trkanjec | EURACTIV.hr)