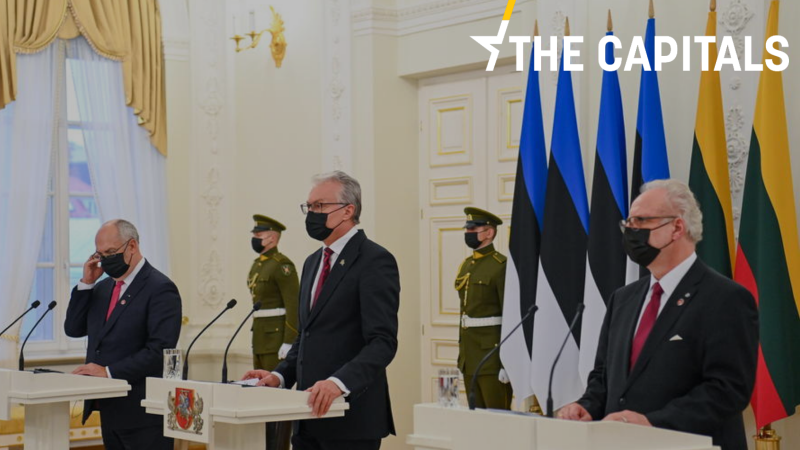 Before you start reading today’s edition of the Capitals, feel free to have a look at the article EU defence ministers welcome bloc’s military blueprint but hesitations remain

EDITOR’S TAKE: Did China really never start a ‘single war or conflict’? In the three and a half-hour-long virtual summit between US President Joe Biden and his Chinese counterpart, Xi Jinping, two of Xi’s remarks are worth scrutinising: “Since the founding of the People’s Republic, China has never started a single war or conflict, and has never taken one inch of land from other countries.” But what about the border war fought between China and Vietnam in early 1979? Read more.

After joint consultations between Estonia, Latvia and Lithuania presidents and a virtual meeting with Polish President Andrzej Duda, the three Baltic states said they would support Warsaw or each other if they were to invoke Article 4. Read more.

Salzburg prepares for triage as ICU beds near full capacity. The director of the hospitals of Salzburg – one of Austria’s nine states – has nominated a triage team that will decide who receives treatment in intensive care units as the occupancy rate in the state is nearly at maximum capacity. Read more.

French government launches national action plan to fight child prostitution. The executive has announced the mobilisation of €14 million to combat the problem of child prostitution, which affects up to 10,000 young people in France. Read more.

UK lawmakers to face second jobs ban. UK MPs are set to be banned from having second jobs as paid consultants as Prime Minister Boris Johnson’s Conservative government continues to wrestle with the fallout from a lobbying scandal. Read more.

Mitsotakis declares ‘strong but fair’ immigration policy despite accusations of pushbacks. Prime Minister Kyriakos Mitsotakis said in an interview with ITV’s Good Morning Britain program that “in the last three years we have accepted more than 50,000 asylum applications, therefore no one has the right to accuse Greece of not respecting human rights”. Read more.

Spain revises upwards threshold for all COVID-19 indicators. The Spanish health ministry and the country’s health regional authorities on Tuesday (16 November) decided to revise upwards the thresholds of all COVID-19 indicators given a substantial reduction in the number of coronavirus patients being admitted in hospitals or treated in intensive care units (ICU), EURACTIV’s partner EFE reported. Read more.

Costa: New state of emergency not necessary. Portuguese Prime Minister António Costa said on Tuesday that there was no need for a new state of emergency to control Covid, adding that the government would not hesitate to adopt more restrictive measures to contain the virus despite the dissolution of parliament. Read more.

Polish police use water cannons and tear gas against migrants; nine police hurt. In Kuźnica, Polish authorities used water cannons and tear gas against migrants attempting to cross the border. Polish police said nine officers were injured, and one was hit in the head with a stone.
The Council of Europe’s commissioner for human rights, Dunja Mijatović, met with NGOs working with migrants in Michałowice close to the border. She has been denied access to the border area. “It is incredible; journalists report from war zones and are denied access here. This has to change”, she said.
(Piotr Maciej Kaczyński | EURACTIV.pl)

Slovak government finally takes action as hospitals verging on collapse. After weeks of hesitation, the Slovak government will discuss tightening measures for unvaccinated people on Thursday as hospitals, now running short on beds equipped with ventilators, have been ordered to postpone some scheduled procedures by the health minister. Read more.

Skopje has high hopes that Bulgarian veto will be lifted. North Macedonia has high hopes that the winners of the Bulgarian elections “Change Continues” will help lift the veto on Skopje’s negotiations with the EU. At the same time, North Macedonia’s authorities announced the name of their preferred Bulgarian Foreign Minister – Daniel Lorer from “Change continues”. This is before the negotiations for forming a government in Bulgaria have even started. Read more.

Economic growth in Romania slows. Romania’s GDP growth slowed to 0.3% in the third quarter compared with the previous quarter. This suggests that the last months of the year will be impacted by the effects of the fourth pandemic wave. Read more.

Pupovac: Zagreb, Belgrade should share responsibility for missing people. Serb National Council head Milorad Pupovac said that everyone should live their children’s future instead of their fathers’ past and that the issue of the missing and those responsible for war crimes was a common topic for which Zagreb and Belgrade should shoulder their share of responsibility.

Pupovac was in Vukovar with a delegation of Croatian Serb associations paying tribute to all the killed or missing residents of Vukovar from 1991. “My dream is for this city not to be divided, neither in remembrance nor in commemoration. What I am doing is aimed at putting an end to the divisions,” he said.

Slovenia unable to reach climate goals without nuclear. Slovenia’s most senior energy official has acknowledged that the country will not be able to meet its climate targets without nuclear energy, making a new reactor at its sole nuclear power station a necessity. Read more.

Serbian PM: Reports labelling Grenell and Palmer as Serbian lobbyists is a lie. Serbian Prime Minister Ana Brnabić dismissed claims on Tuesday (16 November) that US diplomats Richard Grenell and Matthew Palmer are lobbyists for Serbia as “a brutal and shameful lie.” Read more.

Senior US official breaks Dodik’s meeting absence spree. Derek Chollet, the Counsellor of the US Department of State, met with the Serb member of the BiH’s tripartite Presidency, Milorad Dodik, on Tuesday – a rare sight given that Dodik has mostly been avoiding meetings with the Presidency after summer. Read more.