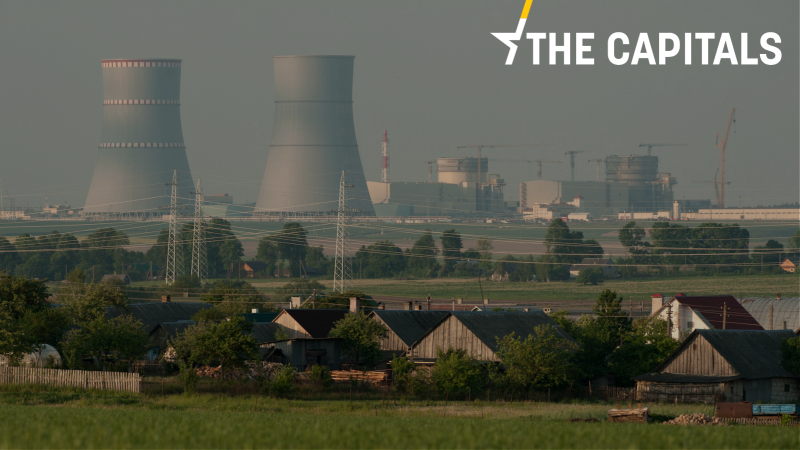 Before you start reading today’s edition of the Capitals, feel free to have a look at the article ‘EU dangles carrots for Turkey if ‘de-escalation sustained’ and ‘EU says after Biden meeting: Let’s safeguard global security together‘ by Georgi Gotev.

Barroso calls for more European support for global vaccination. President of the Global Alliance for Vaccines (Gavi), José Manuel Barroso, on Thursday called on the European Union to accelerate access to vaccines in developing countries by increasing multilateral contributions and donating excess doses through the Covax platform. Read more.

German Bundestag approves EU recovery fund. The lower house of parliament approved the legislation for the EU recovery plan on Thursday, with Chancellor Angela Merkel stressing that the EU’s plan to take on joint debt and channel the money to member states worst hit by COVID-19 will create an important tool to overcome the crisis, but must be a one-off event. Read more.

France announces new COVID-19 lockdown measures. French Health Minister Olivier Véran has announced new COVID-19 restrictions in a bid to stop the increasing number of cases across the country, putting the Rhône, Aube, and Nièvre regions into partial lockdown. However, although the “epidemic pressure is alarming” according to the minister, schools will remain open as closing them is considered as a “last option”.

Normandie, the Hauts-de-France, and the Île-de-France regions have already been in a month-long lockdown since last Friday. The curfew also remains in force between 7 pm and 6 am. (Clara Bauer-Babef  | EURACTIV.fr)

COVID-19 restrictions in Brussels-Capital Region extended until 25 April. Following a decision of the Brussels government, the curfew will remain in effect from 10 pm. In addition, there is an alcohol ban in public spaces and the general mouth mask obligation applies. (Alexandra Brzozowski, EURACTIV.com)

Dutch PM sees UK, EU coming to vaccine deal soon. Dutch Prime Minister Mark Rutte said Thursday that London and Brussels could agree a deal on vaccine sharing by the weekend “or soon after” to avoid the imposition of an EU embargo. Read more.

Coveney: Government would not support Irish unity assembly. The Irish government does not support the establishment of a citizens assembly to discuss what a united Ireland may look like, said Foreign Minister Simon Coveney at the third meeting of the shared island dialogue series. Read more.

Finnish government requests parliament to tighten COVID-19 measures. The Finnish government submitted on Thursday a proposal to parliament, which would restrict freedom of movement and introduce mandatory face mask wearing for three weeks in the country’s most affected areas. Read more.

Denmark extends suspension of vaccinations with AstraZeneca. Denmark will not administer any more AstraZeneca Covid vaccines until at least April 18. The director of the Danish health service Søren Brostrøm said that this is a precaution and that there must be absolute certainty that there is no link between the vaccine and the development of blood clots in some people. (EURACTIV.com)

In the coming days, “we will define the minimum essential requirements to ensure safe vaccinations, even with mobile facilities,” Orlando explained. The first companies to be vaccinated will be those with more than 50 employees, and the vaccination will start “from the categories of workers most exposed to the risk of contagion” identified by the National Institute against accidents at work (Inail), the ministers added. (Daniele Lettig | EURACTIV.it)

Czech secret services warn against involvement of Russia in nuclear tender. The Czech secret services have warned the Czech government against including Russian energy giant Rosatom in a planned tender on building a new unit at the Dukovany nuclear power station as it would leave the country vulnerable. Read more.

Hungary drops in Freedom House report. Hungary is still partially free, dropping from 70 to 69 points from last year, according to a report by Freedom House published on Thursday. Read more.

Toll dodgers cost Slovakia €1 million in uncollected fines per month. Drivers who have been avoiding highway toll fees for months were not penalised as the sending of automatic fines was suspended, meaning about 130,000 fines were not paid, according to Dennik N. The situation was caused by the shortening of the deadline for the imposition of the fine to 60 days.

The new rule was introduced by the Economy Minister Richard Sulík in July 2020 as a part of the set of 100 business-related rules that were implemented to remove administrative burdens for entrepreneurs during the COVID-19 pandemic. The rules were adopted in an accelerated manner without proper discussion in parliament. According to Transport Minister Andrej Doležal (We are a family), the new shorter deadline is impossible to manage. (Irena Jenčová | EURACTIV.sk)

Croatia extends job-keeping aid through April. The Croatian government adopted a proposal to prolong its job-keeping aid for sectors affected by the COVID-19 pandemic throughout April on Thursday, saying that 10 billion kunas (€1.3 billion) had been granted for that purpose, covering around 120,000 employers and 680,000 workers so far. Read more.

Slovenia’s parliament rejects no-confidence vote against culture minister. Slovenia’s National Assembly rejected a motion of no confidence against Culture Minister Vasko Simoniti, with 43 votes in favour of his dismissal and 40 against, falling short of the majority of 46 votes needed. Read more.

BiH gets first Pfizer vaccine shipment. Bosnia and Herzegovina received on Thursday its first 23,000 doses of coronavirus vaccines that were ordered through the COVAX mechanism in September, as the number of new coronavirus cases and related deaths continue to rise despite the introduction of tighter restrictions. (Željko Trkanjec | EURACTIV.hr)

EU partners count on ‘wisdom’ of Montenegrin leaders to see past friction, says French ambassador. “We are counting on the wisdom of the speaker of parliament and the prime minister, and the ability of the leaders of political parties to see the essence when they go through mutual frictions due to the change of government – and that is to preserve the trust of European partners,” French Ambassador to Montenegro, Christian Thimonier, told daily Vijesti newspaper. Read more.

Political rallies as election campaign starts in Tirana. As the biggest opposition Democratic Party (DP) and the governing Socialist Party (SP) started their campaigns on Thursday evening, the public took to the streets to show support. Read more.