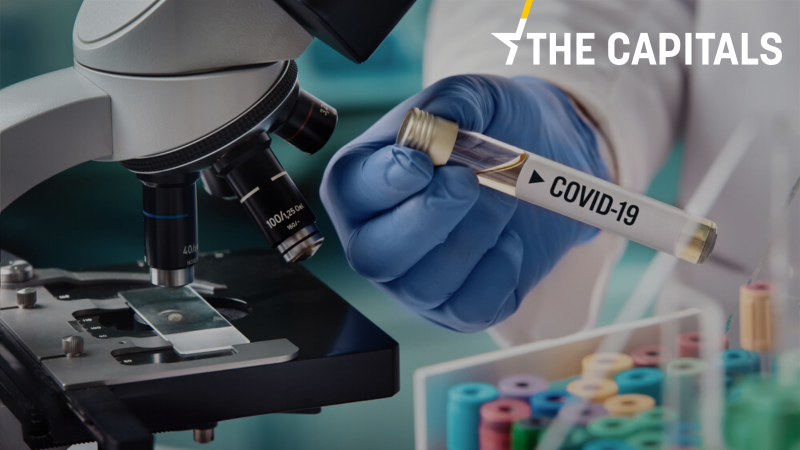 According to the Belgian Association of Medical Unions (ABSyM), not all citizens will be able to know if they are affected by the coronavirus via serological tests. Health minister Maggie de Block denied the accusations. [Shutterstock/angellodeco]

Before you start reading today’s edition of the Capitals, feel free to have a look at the article “EU to unveil massive stimulus plan for post-coronavirus recovery“.

Also read an interview with an MSD official: “COVID-19 shows the way toward a new community care perspective”

Now that many European countries have started lifting lockdown measures and opening borders, make sure you stay up to date with EURACTIV’s comprehensive overview, which is regularly updated with the help of our network of offices and media partners. Also, check our country update pages, such as the one for Portugal or Serbia.

Reporters Without Borders (RSF) hit at Slovenian PM. In a strongly-worded statement, RSF lashed out against Slovenian conservative PM Janez Janša and accused him of “Trump-style” attacks and threats against journalists. Read more.

Spat over serological COVID-19 tests. According to the Belgian Association of Medical Unions (ABSyM), not all citizens will be able to know if they are affected by the coronavirus via serological tests. Health Minister Maggie de Block denied the accusations.

Agreement to prolong restrictions. Yesterday evening (26 May), the federal government and all 16 states agreed to prolong the country’s coronavirus contact restrictions in principle until 29 June. However, it is unclear whether all states intend to stick to the signed agreement.

Meanwhile, the Christian Democratic (CDU) leadership has had to quickly drop a proposal by certain members to reduce the minimum wage. The idea had come from CDU politicians in the working group for economy and energy on Tuesday (26 May) and quickly caused a backlash across the political spectrum.

Just as quickly as the proposal was put forward, CDU party leader Annegret Kramp-Karrenbauer came out decisively against it, tweeting “companies need room to manoeuvre and liquidity to invest. That is what we are talking about in the economic stimulus package. But for the CDU, one thing is clear: not on the back of employees. Therefore: Hands off the minimum wage.” (Sarah Lawton | EURACTIV.de)

€8 billion for the car industry. French President Emmanuel Macron announced a wide plan to support the country’s car industry whilst visiting a plant of equipment manufacturer in Etaples (Pas-de-Calais). “The state will provide just over €8 billion in aid,” the president said, adding that his objective is to make “France the leading clean vehicle producing nation in Europe by increasing to more than one million per year within five years the production of electric, plug-in hybrid or hybrid vehicles” in the country. (EURACTIV.FR)

Read the fully story by Samuel Morgan: “Macron demands carmakers turn to ‘Made in France’ for €8bn virus aid”

Minister resigns in row over Johnson’s aide. The row over Dominic Cummings, Prime Minister Boris Johnson’s chief advisor, shows no sign of abating amid signs that the government is rapidly losing public support.

Nearly 40 Conservative lawmakers have now called for Cummings to step down and on Tuesday morning (26 May), Douglas Ross, a junior minister in the government, resigned saying that “Cummings’ interpretation of the government advice was not shared by the vast majority of people who have done as the government asked”. Benjamin Fox reports from London.

New fighter jet purchases divide government. Finland’s five-party government is increasingly divided over the purchase of new fighters. With a looming recession and expected budget cuts, pressure from the public to postpone the replacement of the current Hornets or buy less than planned keeps on growing. EURACTIV’s Pekka Vänttinen takes a closer look.

The case will now be examined by the whole Senate, where a final decision will be taken. EURACTIV Italy’s Alessandro Follis looks into the case.

Some freedom after two months under strict lockdown. Monday (25 May) was the first day after more than two months of a strict lockdown that people in Madrid were able to meet up with friends and family from other households in groups of no more than 10 people as the city entered the first of the government’s four-stage easing of lockdown measures. The city’s restaurants, cafes and bars could also reopen outside seating areas with tables having to be at 2m distance from one another and waiters having to wear gloves and masks. (Jake Threadgould | Euroefe)

Prime Minister António Costa had already announced that the programme of “social and economic stabilisation” for the country was to have four pillars. These include “de-bureaucratising investment” on the part of municipalities and companies; businesses; employment; and responding to the “social dimension of the crisis, and will involve continuing to strengthen the National Health Service and public schooling.” (Francisca Matos | Lusa.pt)

State of emergency to end in June. “A bill calling on the government to end the state of danger will be submitted to parliament today,” Justice Minister Judit Varga wrote on social media yesterday (26 May).  “With the adoption of the act, the state of danger is expected to end on 20 June in Hungary, much earlier than in many European countries,” said the minister, adding that “we expect those who have attacked us with unjust political accusations to apologise for leading a slander campaign instead of cooperating in defence.” Vlagyiszlav Makszimov has more.

Meanwhile, the Strasbourg court found on Tuesday (26 May) that Hungary has violated freedom of expression under the European Convention on Human Rights when parliamentary speaker and Fidesz MP László Kövér indefinitely banned a number of journalists from the parliament building in 2016. EURACTIV’s Vlagyiszlav Makszimov looks into the Hungarian government’s reaction.

Open stand-off in the Smer-SD party. Former Prime Minister Peter Pellegrini (Smer-SD, member of PES) has openly called on Robert Fico, the prime minister for ten years before him, to step down as party leader. EURACTIV Slovakia’s Zuzana Gabrižová has some background.

Project cancelled. The Czech foreign affairs ministry decided to cancel its plan to buy a building in Brussels ahead of the Czech’s EU Council Presidency set for the second half of 2022 because it has to save money due to the coronavirus, Deník N reported. The foreign ministry wanted to buy a six-floor office building located close to the EU institutions that should have served as a new centre for Czech diplomacy in Brussels. (Aneta Zachová | EURACTIV.cz)

New Chief State Prosecutor. Zlata Hrvoj Šipek was sworn in as the new chief state prosecutor in front of parliament speaker Gordan Jandroković, announcing that she, as the first woman in Croatian history to be appointed to the post, will prove her office to be an independent institution which citizens can trust. Hrvoj Šipek will succeed Dražen Jelinić, who had to step down after it was discovered he was a member of the Illuminati. EURACTIV Croatia’s Tea Trubić Macan reports.

Romania to cancel nuclear deal with Chinese company. The Romanian government has asked state-owned energy company Nuclearelectrica to end the partnership with China General Nuclear Power Corporation for the building of two new reactors at the country’s sole nuclear power plant in Cernavoda. Nuclearelectrica, which already operates two 700-megawatt reactors at the power plant, will be examining the options of continuing the project to open two other reactors. Bogdan Neagu has more.

No quarantine for EU tourists. From 26 May, EU citizens are allowed to enter Slovenia as tourists without having to go into quarantine, provided they produce evidence of a tourist booking at the border. The same applies to owners of property in Slovenia. The country officially declared the end of the pandemic on 14 May, and there have been very few new cases since then. (Zoran Radosavljević | EURACTIV.com)

Journalists receive money despite ethics breaches. Since the start of the year, the publishers of Alo, Kurir, Srpski Telegraf and Informer dailies have been allocated nearly RSD26 million in co-financing competitions, even though in the second half of 2019, the Press Council had reported 3,900 breaches of the Code of Ethics of Serbian Journalists by those same papers. EURACTIV Serbia has the story.

Montenegro woos tourists to Europe’s ‘corona-free’ corner. Less than two months after detecting its first infection, Montenegro is the first country in Europe to declare itself coronavirus-free, a success story the tiny EU candidate country hopes will lure tourists to its dazzling Adriatic coast this summer. Read more.