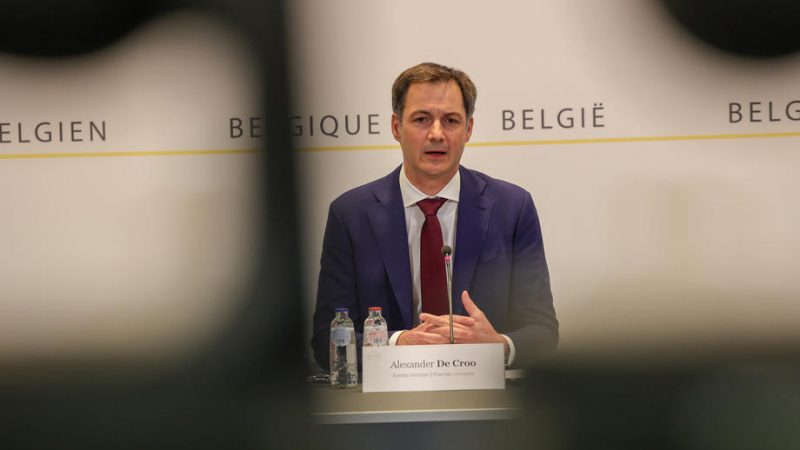 Belgium has announced it will close schools, limit access to non-food stores and hairdressers for four weeks from Saturday, in a strict renewed lockdown designed to contain a rising third wave of COVID-19 infections.

“We are facing a third wave. We will break it, as we did the previous ones. We have decided on short term pain. It’s a heavy decision to take, but if we didn’t the consequences would be more serious,” Prime Minister Alexander De Croo said on Wednesday (24 March).

The British variant of the virus had become dominant in the country and led to a doubling of COVID-19 patients in hospitals, he added.

Evening curfews will remain in place from 10pm in Brussels and midnight in the country’s other regions. Only four people will be able to gather outside in future instead the recently announced 10, but travel within Belgium will still be allowed.

The provincial governor of West Flanders and the mayors of Ostend and Blankenberge have agreed with the NMBS rail service on measures to avoid crowds on the trains to the coast during the coming Easter holidays.

Belgians will only be able to go to non-essential stores, such as for clothing, by appointment, with a maximum of 50 people allowed in the shop at once, depending on the store size.

“Shopping by appointment is better than nothing, but we are still very disappointed that our sector is once again affected while there are no security problems with us,” Lora Nivesse of the trade federation Comeos told VRT News.

“After reopening of the non-essential shops in December, we saw no significant increases in the number of cases in the months that followed,” the Federation of Enterprises in Belgium (FEB) said.

Contact professions such as hairdressers and beauty parlours will close just weeks after they were allowed to reopen. Schools are to close from Monday, a week earlier than planned ahead of the Easter holidays, and reopen on 19 April.

Rudi Vervoort, president of the Brussels region, said the situation was particularly worrying in the capital, given its higher population density, and warned of possible further stricter local measures.

Experts were split over whether the new measures will be enough to fight the surge in infection numbers.

“These are drastic measures that will bring the figures down. But this is not a really hard lockdown, such as [those seen] abroad,”  virologist Steven Van Gucht told VRT.

“The Easter holidays are an opportunity to lower the curves. If we then withdraw into our own household, our little bubble, just like during the Christmas holidays, you can have a big impact on the figures there. Most infections still happen in the private sphere and the government cannot do much about that,” he added.