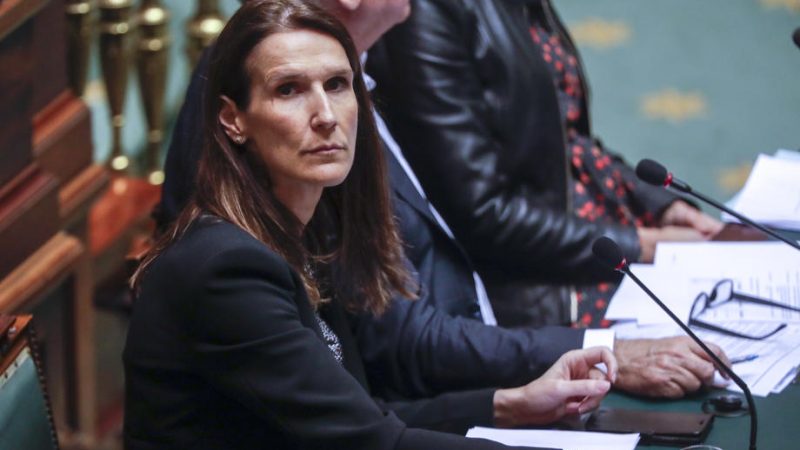 In Belgium, the coronavirus pandemic has lead to a small political breakthrough on Sunday (15 March), as the main political parties agreed to grant the current caretaker government under Prime Minister Sophie Wilmes special powers for the next six months to bridge the crisis.

The country has been led by a minority caretaker government with limited powers for more than a year since the 2019 May elections, when Belgium’s ‘Black Sunday’ saw a far-right surge.

Over the weekend, political parties inched toward forming a potential ‘corona government’ as the health crisis revived months of stalled talks in the linguistically and politically divided country.

In the late hours of Sunday, ten parties agreed that the current caretaker government under Sophie Wilmes (MR) should not be “destabilised” while Belgium is facing the pandemic.

While the prime minister and her ministers are set to keep her job, they will be granted the use of special powers, the so-called powers of attorney, for a maximum of six months.

The “power of attorney”, a measure that has not been used for more than 20 years, is approved by a majority of lawmakers for a period of three months, renewable once.

This way, the Wilmès government – which has no majority in parliament – will be able to move much faster without asking parliament for permission every time to take coronavirus measures.

Wilmes is set for a confidence vote in the Belgian Parliament on Tuesday (17 March), which will be won by a very large majority of more than 100 seats, as several opposition parties across the political spectrum (N-VA, PS, SP.A, Groen, Ecolo, CDH and Défi) are set to give confidence to her current government.

A rare call for unity

Most observers saw this as a small breakthrough for the country, which has been in the throes of a government formation stalemate since the Michel government fell in December 2018 over migration policies.

“It is true that we have not always shown a positive image to the population lately. I am therefore very pleased that all democratic parties have been able to work together to conclude this agreement,” royal informer Sabine Laruelle (MR) said after the meeting on Sunday.

“We live in a rather exceptional situation with the fight against the coronavirus, which not only covers the medical aspects, but also requires considerable measures from a budgetary and socio-economic point of view,” her informer colleague Patrick Dewael (Open VLD) added.

“Awareness has grown among all political groups to ensure that the government should be able to move to a fully-fledged government with a parliamentary majority,” he added.

Both Laruelle and Dewael, appointed royal informers a few weeks ago, were set to report to the Belgian King on Monday (16 March) on the progress in finding a federal coalition government. They voiced hopes that the next six months can be used to negotiate the establishment of a full government for the rest of the legislative term.

Across political parties, comments reflected a rare show of unity, with Socialist SP.A President Conner Rousseau calling for “national unity and solutions across party borders” and Open VLD chairman Gwendolyn Rutten asking to “drop party politics” in the face of the coronavirus crisis.

The Federation of Enterprises in Belgium (FEB) said in a statement it is “relieved” that the federal government is being given powers to further tackle the corona crisis – a decision that is “not a minute early”.

According to the employers’ organization, the Wilmes government has reacted “firmly” to the corona crisis in recent days, but a government with full powers is needed to tackle the economic impact in the short and long term.

The comments come after plans for a potential emergency government with Socialist PS and Flemish-nationalist N-VA in the lead, were shot down over the weekend by French-speaking Socialists (PS and Liberals (MR).

Neither PS leader Paul Magnette, nor N-VA leader Bart De Wever, were present at the press conference that followed the Sunday meeting.

In Belgium, a country of 11.4 million, as of Sunday (15 March), four people have died from COVID-19, as the total number of confirmed cases reached 886.

After a long meeting on Thursday (12 March), the Belgian National Security Council decided to take far-reaching measures to fight against the spread of the coronavirus, declaring a state of emergency over the entire country, which EURACTIV reported here. 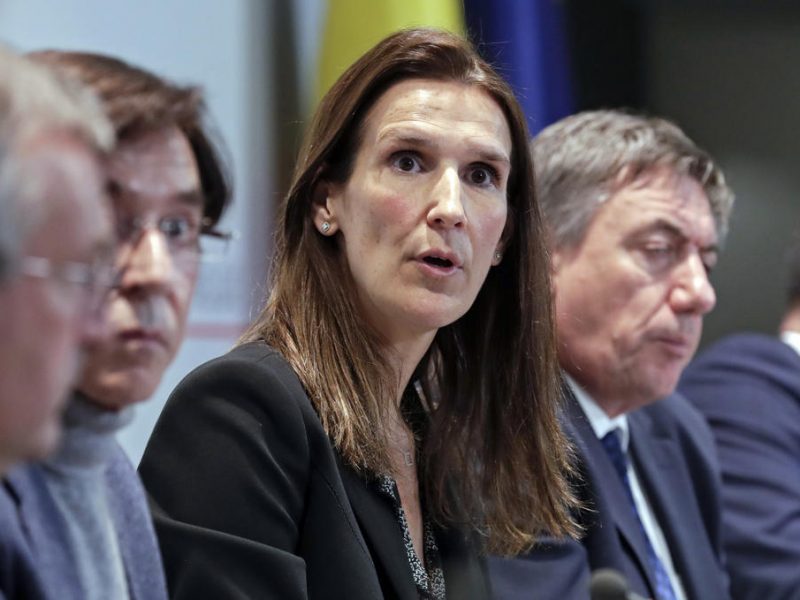 After a long meeting on Thursday (12 March) that stretched late into the evening, the Belgian National Security Council decided to take far-reaching measures to fight against the spreading coronavirus, installing a state of emergency over the entire country.

But a potential further escalation in measure, such as the closure of borders or stricter quarantine measures, is not excluded.

However, thanks to the highly fragmented Belgian political systems, regional feuds have been on full display throughout the process.

While the French-speaking Wallonia pushed for more restrictive measures similar to those announced in France, Dutch-speaking Flemish representatives were more reluctant, fearing an economic shock.

Regional feuds were also on display earlier this week when Flemish nationalist party leader Bart De Wever (N-VA) denounced the “chaos” and “lack of clarity” from the federal government, which hesitated to activate the federal disaster plan.

Prime Minister Wilmès, a French-speaker, called the Flemish nationalist’ approach “a little cheeky from someone who asks for more competences,” reminding De Wever that his party also participates in the decision-making of the National Security Council and has full competences to decide on things like school closures.