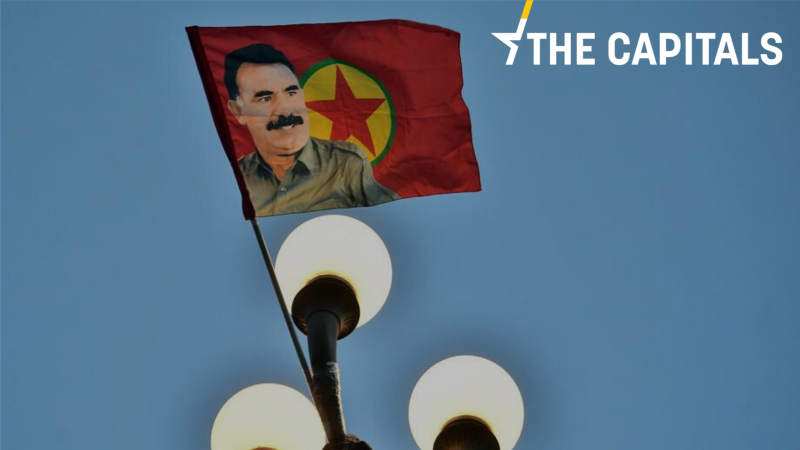 The judicial decision is likely to have consequences for the diplomatic relations between Belgium and Turkey. [EPA/LUCA ZENNARO]

Before you start reading today’s edition of the Capitals, we invite you to read the story “Arctic stakeholders puzzled about EU’s engagement in the region” written by Alexandra Brzozowski.

PKK debate. “The position of the Belgian government is unambiguous: the PKK is a terrorist organization,” foreign minister Philippe Goffin (MR) said after the country’s Supreme Court ruled the Kurdish organisation is not a terrorist group and cannot be prosecuted on the basis of anti-terrorism legislation. The judicial decision is likely to have consequences for diplomatic relations between Belgium and Turkey. Alexandra Brzozowski has the details.

Family Minister to take over the Berlin SPD. Berlin’s mayor Michael Müller will not seek reelection as head of the state’s Social Democratic Party (SPD) and will stand down in favour of Family Minister Franziska Giffey and Raed Saleh, the SPD Chairman in the Berlin House of Representatives, German media reported Wednesday morning (29 January).

There is speculation that Giffey could also become the new mayor of Berlin – even before the end of the legislative period in 2021 – according to reports from the Tagesspiegel. However, if Müller were to resign, this would immediately trigger an election, which could turn out to be a risky move given the SPD’s weak numbers in the polls.

In other news, after months of negotiation, the German cabinet finally signed the ‘coal phase-out’ bill yesterday (29 January), while environmental activists protested outside the Chancellery. The plan, which provides for the closing of all coal-fired power plants across Germany by 2038, has been widely criticised, notably by environmental groups who demand an earlier phase-out and object to the €4.35 billion to be paid to power plant operators in compensation for lost earnings. (Sarah Lawton | EURACTIV.de)

Austrian Airlines terminated all flights from and to China. Following its parent company Lufthansa and sister company Swiss Air, Austrian Airlines announced that all flights to and from China have been cancelled until 9 February as a prevention measure against the spread of coronavirus. And what measures is the Austrian government taking? EURACTIV Germany’s Philipp Grüll looks into it.

Batteries from Charentes, not China. French President Emmanuel Macron will visit Nersac, Charentes on Thursday (30 January) to see the first industrial site where EU batteries for electric vehicles will be built. The new production should “create 200 new jobs and give birth to a new industrial sector”, according to the president’s office. At the beginning of December, the European Commission announced a €3.2 billion aid package to develop a European electric battery industry, nicknamed the “Airbus of batteries”. (EURACTIV.FR)

KONE bidding for Thyssenkrupp. In a move that has been rumoured by analysts for months, Finnish elevator and escalator company KONE  has submitted a non-binding offer together with CVC Capital Partners to buy Thyssenkrupp’s Elevator Technology business at the high price of €17 billion, outbidding rival suitors by €1 billion. If successful, this would be the biggest purchase of a company in Finnish history and make KONE the world’s largest elevator company by a wide margin. EURACTIV’s Pekka Vänttinen reports.

Commonwealth criticism. The secretary-general of the Commonwealth, Baroness Scotland, is under growing pressure after a highly critical internal auditors report into her decision to award a lucrative consultancy contract to a company run by a personal friend. Ben Fox reports.

Lithium exploration. As the EU member state with the largest lithium reserves, Portugal must ensure its exploration of one of the lightest metals has “reduced environmental impact and is compensated” to respect EU rules, European Commissioner for Cohesion and Reforms, Elisa Ferreira said this week. Maria de Deus Rodrigues from EURACTIV’s partner Lusa looks at why the important metal has come to the fore of Portugal’s debate.

European Parliament, a miracle of peace. Addressing the plenary of the European Parliament, Auschwitz survivor and senator for life Liliana Segre condemned the fact that, even today, people continue to deny the Holocaust. “The European Parliament and the fact I’m not extinct looks to me like the same kind of miracle,” she said, while recalling the ordeal of being in the German Nazi concentration camp, before receiving a standing ovation from the MEPs. (Gerardo Fortuna | EURACTIV.com)

Political cost due to football crisis. The mini political crisis on football matters in Greece may be over, but problems still linger. Ruling conservative New Democracy party is left with one fewer MEP, while the Sports Deputy Minister and close ally of the Prime Minister, Lefteris Avgenakis, is under huge pressure.

An amendment in favour of one football team passed in parliament with opposition from leftist party SYRIZA. Former PM Antonis Samaras, was absent from the ballot “for personal reasons” – the only MP from the ruling party, as were also all MPs from all other parties.

But what about the fans? EURACTIV Greece’s Theodore Karaoulanis reports.

In other news, Nikos Dendias met with his Croatian counterpart Gordan Radman in Zagreb and stated that Greece firmly supports Croatia’s entry to the Schengen area, the Eurozone and the OECD. (Theodore Karaoulanis | EURACTIV.gr)

The best decision is indecision. Fidesz membership will not be on the agenda of the European People’s Party (EPP) political assembly set to take place between 3 and 4 February, the conservative group’s president Donald Tusk told politicians on Wednesday (20 January), Népszava reports. The news of the continued indefinite suspension of Fidesz comes despite Tusk’s tweet on 20 January that he will present his “assessment of the report [on the situation] after consultations with party leaders at the upcoming [February] EPP Political Assembly.” The EPP suspended Fidesz membership in March 2019. (Vlagyiszlav Makszimov | EURACTIV.com)

In other news, Hungary brought back €1 billion of high-yield FX bonds, saving the state 42.7 billion forints (€26.4 million) in debt servicing expenditures, said Finance Minister Mihály Varga. And the unemployment rate fell to 3.3% in December, down 0.2% from the previous month and 0.3% lower than twelve months earlier, the Central Statistical Office (KSH) announced.

EURACTIV Croatia’s Željko Trkanjec had a few things to say.

Data sold. Czech cybersecurity software company Avast is selling web browsing data of hundreds of millions of people around the world through its subsidiary Jumpshot,  a joint investigation by Motherboard and PCMag revealed.

But how did Jumpshot react to this? Aneta Zachová has more.

In yet another episode related to the government’s controversial judiciary reform, PiS-controlled Constitutional Tribunal suspended the ruling of the Supreme Court which questioned the legality of the judges who had been selected by the National Council of the Judiciary, which mostly has members of PiS. This, however, as pointed out by the Supreme Court’s spokesperson and many jurists, is illegal, as the Tribunal has no power to stop the ruling by the Supreme Court. The suspension has a retroactive effect, which contradicts the lex retro non agit rule.  (Łukasz Gadzała | EURACTIV.pl)

Gambling mogul indicted. Vassil Bozhkov, who happens to be one of Bulgaria’s richest business moguls active in the gambling business has been accused of seven crimes by the Prosecutor’s Office. This happened after Bozhmov accused the state of aiming to take over a successful business and threatened to take the matter to court.

EURACTIV Bulgaria’s Krassen Nikolov has more details about the case.

In other news, Bulgaria’s centre-right coalition government led by Prime Minister Boyko Borissov survived a parliamentary vote of no-confidence instigated by the opposition Socialist party, with 124 of 240 MPs voting against the motion and 102 in favour. The Socialists accused the government of failing to prevent severe water shortages in the city of Pernik – a crisis that led to the arrest and resignation of Environment Minister Neno Dimov earlier this month. (dnevnik.bg)

Read more: “The investigative story that brought down a minister in Bulgaria”

Everybody waits for the president. Following Prime Minister Marjan Šarec’s resignation, President Borut Pahor held talks with him and Parliament Speaker Dean Židan, after which he said he will continue informal consultations, with formal talks to start next Tuesday. All cards are in the hands of Janez Janša, leader of the conservative SDS (EPP), the biggest party in the Parliament.

If he agrees and manages to form a new coalition with the current MPs, there will be no snap elections. However, Janša remains tight-lipped. (Željko Trkanjec | EURACTIV.hr)

‘Both sides have to be satisfied’. During a bilateral meeting in Zagreb, Norwegian Foreign Minister Ine Eriksen Søreide emphasised that both Israel and Palestinians needed to be satisfied with US President Donald Trump’s Middle East peace plan, adding that Oslo supported a ‘two-state solution’. But what did her Croatian counterpart, Goran Grlić Radman, have to say on the matter? EURACTIV Croatia’s Tea Trubić Macan looks into it.

Also, feel free to have a look at how the EU responded to Trump’s Middle East peace plan.

1,000 migrants gather at border area. In reference to a group of migrants attempting to force their way into Hungary, the director of Serbian NGO Asylum Protection Center Radoš Đurovic said on 29 January that: “This is nothing new, it shows how desperate those people, who are frequently returned to Serbia by force, are.” He also said that some 6,000 migrants are estimated to be in the country and that the number of new arrivals is the same as in the previous year. (EURACTIV.rs)

66 millionaires. “According to preliminary monthly data provided by banks to the Central Bank of Montenegro (CBN) on 31 December 2019, there are 66 individuals in Montenegro with a deposit of €1 million and more,” the CBN announced. And the largest deposit coming from a citizen, who happens to not be resident, amounts to €17.9 million. (Željko Trkanjec | EURACTIV.hr)

The US alone taking care of the dialogue. Richard Grenell, the US President Donald Trump’s special envoy for the Kosovo-Serbia dialogue, has confirmed that he alone is currently leading efforts to resume dialogue between Kosovo and Serbia.