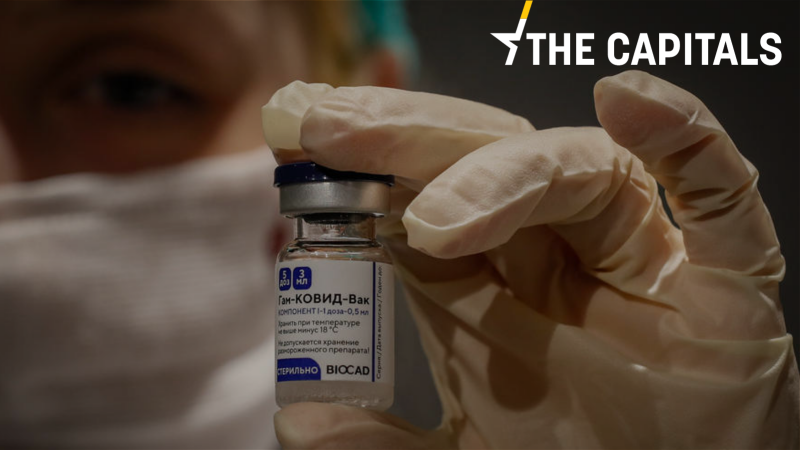 Before you start reading today’s edition of the Capitals, feel free to have a look at the article US troop withdrawal from Germany ‘put on freeze’ by Alexandra Brzozowski.

German health experts have said they are optimistic that the Russian COVID-19 vaccine will be approved for use in the EU. The comments come after Federal Health Minister Jens Spahn had said COVID-19 vaccines from China and Russia could be used in Europe to overcome the EU’s supply shortage.

Such a move, however, could be a geopolitical victory for Russia’s President Vladimir Putin. Read more.

French state accused of ‘shortcomings’ in addressing climate crisis. The Paris administrative court recognised on Wednesday the “partial shortcomings” of the French state in the fight against global warming.

Judges have given themselves two months to decide whether or not they will order the government to take action to protect the climate. Read the full story.

Belgian police cannot stop travellers. People caught breaking Belgium’s ban on non-essential travel will be fined €250 per traveller by the police, but police officers are not allowed to stop them from leaving or send them back, according to an internal document seen by Het Laatste Nieuws. (Alexandra Brzozowski, EURACTIV.com)

Escalating coalition conflict over child deportations. Austria’s opposition parties will table parliamentary motions to bring back the children who last week were deported to Georgia and Armenia following an order from Austrian Interior Minister Karl Nehammer.

With migration policy having been a predetermined breaking point within the country’s Conservative-Green government since its onset in January of last year, these recent events may see a split within the Green party between those who want to keep the coalition intact and those who say they must put principles before power. (Philipp Grüll | EURACTIV.de)

Martin calls for calm. ‘Calm engagement’ is required in the ongoing dispute between London and Brussels on the issue of trade checks on the island of Ireland, according to the country’s Prime Minister Micheál Martin. “I think the rhetoric of the last couple of days we need to dial down. We need to come back and have calm engagement here and be pragmatic about this,” Martin told Today FM radio.

British and EU officials are set for talks on Wednesday in order to discuss the ways in which the transportation of goods can be eased on the island of Ireland. (Samuel Stolton | EURACTIV.com)

Hackers assault Finnish banks. Several Finnish banks reported having been the target of criminal activity as the number of attempts has increased rapidly during the last year. Read more.

Thousands request exemptions from working at polling stations at Catalonia elections. Ahead of key regional elections due to be held on 14 February, over 9,000 citizens in Catalonia have asked the Election Board to be exempted from taking part as members of polling places for fear of being infected with the coronavirus. Read the full story.

In January, the Sejm had appointed PiS candidate Piotr Wawrzyk for the position, but his election, according to the regulations, has yet to be approved by the Senate. (Alexandra Brzozowski, EURACTIV.com)

Babiš vs. Constitutional Court. With just eight months to go before the Czech general elections, the Constitutional Court has overturned parts of the country’s electoral law in force for decades after the judges found it breached the principles of equality and fair competition. The ruling has infuriated Prime Minister Andrej Babiš. Read more.

Hungarian foreign ministry fails to sell excess ventilators. Hungary’s foreign affairs ministry is struggling to sell the ventilators the country purchased in the scramble for medical equipment during the first wave of the pandemic, a freedom of information request by Transparency International Hungary revealed, hvg.hu reported.

The foreign affairs ministry has previously confirmed its intention to sell half of the 16,000 ventilators bought for about €840 million, describing them as “machines above strategic stocks,” but has not managed to sell any so far. “Negotiations are ongoing, no public interest data has been generated in this area,” the ministry added. (Vlagyiszlav Makszimov | EURACTIV.com)

Overall exposure to systemic risks in Croatia remains very high. The Council of the Croatian National Bank (HNB) concluded on Wednesday that the overall exposure of the national financial system to systemic risks remained high and that the significant increase in the fiscal deficit and public debt represented a considerable structural risk in the medium term. Read more.

The key measures are the state shouldering a minimum wage rise, the extension of the furlough scheme, and the introduction of fines for vaccine queue-jumping, STA reported. The total number of jobless people in Slovenia hit 91,499 by the end of January, up by 4.8% in December and up 14.6% year-on-year. The monthly increase is mainly due to the expiry of fixed-term job contracts and a seasonal increase in the number of unemployed applications. 10,510 unemployed people registered again, which is 35.9% more than in December, according to data from the employment service. (Željko Trkanjec | EURACTIV.hr)

Romania’s centre-right government approves reverse on sale of state-owned companies. The Parliament, then dominated by the socialist party PSD, adopted a law that blocked, for two years, the sale of any assets of a company in which the state-owned a stake, even a minority one. Read more.

US Ambassador warns of ‘foreign influence on the Montenegrin process’. The US will continue to support democratic principles based on the Constitution, electoral will, and the vision of Montenegro’s Euro-Atlantic future, but it does not want to see foreign influence affecting the Montenegrin process, said US Ambassador Judy Rising Reinke during a meeting with President Milo Đukanović, according to the statement from the president’s office.

NATO and the United States will closely monitor the appointments in Montenegro’s security and military intelligence sector, Kurt Volker, a former US diplomat and currently an expert at the Washington-based Center for European Policy Analysis (CEPA), said in an interview with Voice of America. Volker believes that the new Montenegrin government should be given a chance to show that it will keep the country on its current pro-Western course, which he believes some in Moscow, Serbia, but also Montenegro itself want to disrupt. (Željko Trkanjec | EURACTIV.hr)

Putin: Kosovo problem has to be solved in the UN.  Russia reaffirmed its position that agreement on the Kosovo/Serbia peace settlement should be approved by the UN Security Council, the Kremlin announced following a telephone conversation between Russian President Vladimir Putin and Serbian President Aleksandar Vučić. Read more.

One response to “Berlin optimistic over EU approval of Russian vaccine”