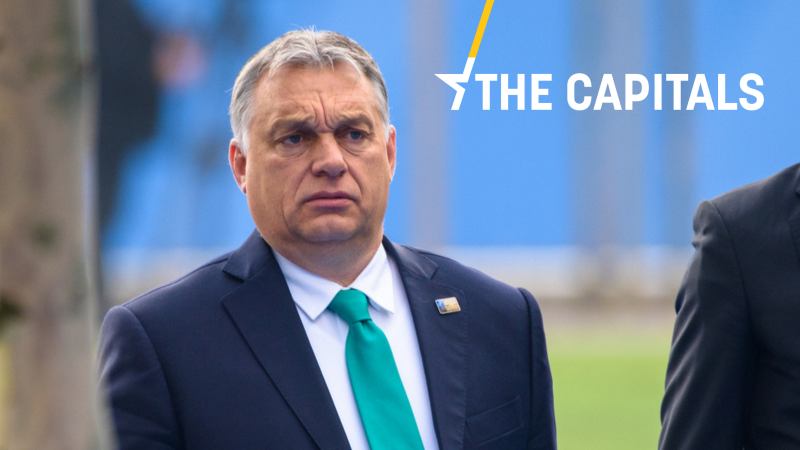 BUDAPEST: Hungary will not ease the rules for international universities despite EU pressure and Germany’s offer to mediate in a dispute over the Central European University, (CEU) funded by US billionaire George Soros, a government spokesman said last week.

“There is no change in our fundamental views,” Zoltan Kovacs said. “We will not change the laws and regulations governing higher education in Hungary,” he added.

CEU’s stay in Budapest is one of the conditions Spitzenkandidat of EPP, Manfred Weber, imposed on Hungarian Prime Minister Viktor Orban, in order for his party to continue being an EPP member. In the meantime, Orban’s Fidesz party is suspended from the EPP.

CEU will move from September to Austria because of rules forbidding it to issue US degrees. The Bavarian government and the Technical University of Munich offered, at the initiative of Manfred Weber, their assistance to enable CEU to award international degrees.

Balazs Orban, a state secretary in the Prime Minister’s Orban’s cabinet, said the government was “ready to examine the possibility for issuing diplomas recognised in the US and Germany as well as in Hungary”. But he reiterated that all universities had to comply with Hungarian law, and Kovacs made it clear that the Bavarian participation would lead to no legal amendments.

CEU Rector Michael Ignatieff was not immediately available to comment. He said last month that in order to change a plan to leave Budapest, CEU wanted a clear political commitment from Orban that it could issue degrees freely. (Željko Trkanjec, EURACTIV.hr)

Never say never: “Our goal is to complete the Withdrawal Agreement before the elections,” the UK ambassador to Belgium, Alison Rose, said in a TV debate with RTBF/Le Soir during the weekend. Asked about the EU elections in the UK, she replied: “If they are preventable, we will not have them, but nothing is sure.”

With regards to the possibility of a second referendum, Rose said, “Never say never, but our parliament voted against this option, and I do not see any change in the polls indicating a reversal of opinion […] We do not want to destroy the Union, we want to stay very close, but outside.” (Alexandra Brzozowski, EURACTIV.com)

Assange to Sweden: The recently arrested WikiLeaks co-founder Julian Assange should be extradited to Sweden, a contingency of over 70 MPs and peers have said. Assange has previously been wanted in Sweden for charges related to rape and sexual assault. Following the revocation of his asylum from the Ecuadorian embassy in London, Assange is now in the custody of the British authorities.

The US has already submitted an extradition request for Assange for his part in the 2010 WikiLeaks scandal. In a letter written to Home Secretary Sajid Javid, MPs and peers urged the government “to stand with the victims of sexual violence” by authorising Assange’s potential extradition to Sweden. Swedish authorities dropped the charges against Assange in 2017, but prosecutors in the country say they are now reexamining the case. However, Sweden is yet to submit an extradition request for the 47-year-old Australian. (Samuel Stolton, EURACTIV.com)

5 Star anger: On Saturday, Five Star Movement’s Luigi Di Maio revealed the party’s leading candidates for the elections in May. Among those, there is Daniela Rondinelli, an officer at the EU advisory institution European Economic and Social Committee (EESC).

The five key runners, all women, are not party members and have been picked directly by Di Maio, without passing through the three-stage selection process on the e-voting platform Rousseau. The top-down decision was criticised by some activists and it has also led to the disappointment of the outgoing MEPs that had to stand in the primary elections.

Adieu, Brussels: “Rome should be the EU capital,” said Giorgia Meloni, leader of the nationalist party Fratelli d’Italia, which recently joined the conservative group (ECR). She wants to bring this claim to the next European Parliament. (Gerardo Fortuna, EURACTIV.com)

Euro? No, thank you: Polish PM Mateusz Morawiecki has said that Poland should not adopt the Euro, because “it is not in the country’s interest”. “One needs to ask who would benefit: Poland or the countries that today are the biggest beneficiaries of the common currency”. According to Morawiecki, joining the Eurozone would make the Polish economy more vulnerable and the prices would go up.

Maas in Warsaw: German FM Heiko Maas met with his Polish counterpart Jacek Czaputowicz last Friday as part of the “Berlin process”, ahead of the Western Balkans summit due in July in Poznan.  (EURACTIV.pl)

Which direction? A new opinion poll for TV Markiza has found that almost 62% of Slovaks are in favour of a clearly pro-European and pro-Atlantic foreign policy orientation while 18% would support more Pro-Russian foreign policy. Similar research using different methodology revealed that Russia was being portrayed positively by 21% of contributions on social media in Slovakia, the Czech Republic and Hungary. (Zuzana Gabrižová, EURACTIV.sk)

Salvini in Prague: Tomio Okamura, chairman of the Czech far-right and anti-EU Freedom and Direct Democracy (SPD) party, met with Italian Interior Minister Matteo Salvini in Prague on Friday to discuss the strategy for the EU elections. The nationalist and anti-immigration parties have said they want to join forces ahead of the vote and then form a joint group in the EU House.

Czech home prices grow faster: Prices of houses and apartment in the Czech Republic had a 9.9% annual increase in the last quarter of 2018 compared to 8.8% at the end of September, according to Eurostat data. In the EU overall, prices went up by 4.2% on average.(Ondřej Plevák, EURACTIV.cz)

The food safety authority and the tax services checked more than 400 trucks and confiscated over 80 tonnes of products, most of them coming from Poland. Fines were imposed mostly for faulty paperwork and improper storage conditions.(EURACTIV.ro)

Balkan football ambitions: Sports Ministers of Greece, Serbia, Bulgaria and Romania signed a memorandum in Thessaloniki to make a joint commitment to host the 2030 World Cup and 2028 Euro Cup.

ND presented its EP ballot: New Democracy (ND-EPP) leader Kyriakos Mitsotakis presented his party’s 42 candidates yesterday. Former Parliament speaker and ex-party president Vangelis Meimarakis is the leading candidate. All polls suggest that ND will be the first party in the EU elections getting 8 out of 21 seats in the EU House. (Theodore Karaoulanis, EURACTIV.gr)

The government reacted saying that the country “will not go back to dark ages”. “The greatest danger for Europe is the alliance of neoliberalism and extreme right-wing populism represented in Greece by Kyriakos Mitsotakis,” it added. (Sarantis Michalopoulos, EURACTIV.com).

Moving to Bulgaria: A tenth of nearly 30,000 people who moved to Bulgaria from abroad in 2018 came from Russia, according to the National Statistics Institute on Migration. The highest share of immigrants is from Turkey (29.9%), Russia (11.0%) and Germany (7.2%). (EURACTIV’s partner Dnevnik.bg)

In Eurozone as soon as possible: The Amsterdam Coalition (ALDE) in Croatia, an alliance formed by opposition parties, said it would have two goals in the EU Parliament: a stronger and more inclusive Schengen and simultaneously a Europe which will better control its borders with non-EU countries. (Željko Trkanjec, EURACTIV.hr)

Specific requests and a deadline: The country’s opposition party have asked the formation of a joint committee for defining fair election conditions, as well as the appointment of a new management of the regulatory body for electronic media and a new editorial team for public broadcasters RTS and RTV. (Beta-EURACTIV.rs)