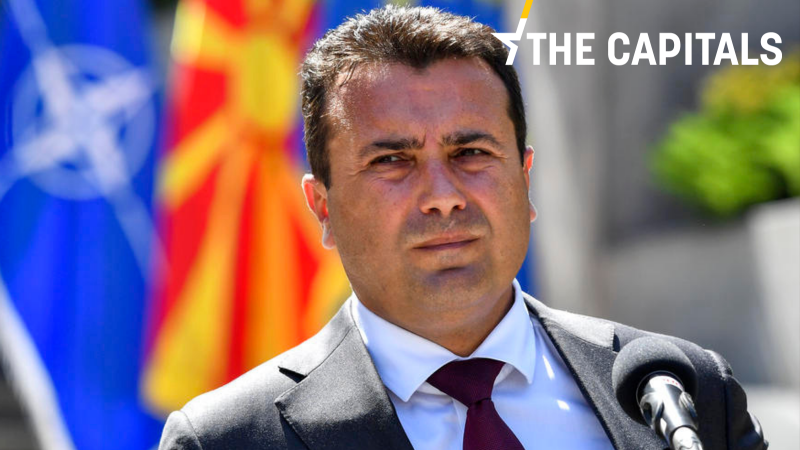 Before you start reading today’s edition of the Capitals, feel free to have a look at the interview with European Defence Agency chief Jiri Sedivy: Europe must seize opportunity for stronger defence cooperation, says EDA chief.

France hit by new case of police violence. Prime Minister Jean Castex said on Thursday that the government would review the wording of a controversial draft law that would place restrictions on citizens filming the police and publishing the images. At the same time, images of extreme police violence were widely disseminated on social media, following an incident in Paris on Thursday. Read more.

Decision about pre-Christmas lockdown easing. Belgium’s Consultative Committee will discuss several scenarios detailing if and how non-essential shops can open again. The meeting comes a day after Belgium’s Minister for the Self-Employed, David Clarinval, stated that reopening the shops should be “seriously” and that it should happen “as soon as possible.”  (Alexandra Brzozowski, EURACTIV.com)

Austria’s ‘dark’ COVID-19 numbers on the rise. The number of unrecorded COVID-19 cases in Austria could be twice as high as what had been estimated so far, according to a study commissioned by Education Minister Heinz Faßmann.

Of the infections recorded during the study, 55% had not been registered by the authorities. Faßmann sees this as further proof of why mass testing of the Austrian population in December is necessary. (Philipp Grüll | EURACTIV.de)

UK aid cuts to be enshrined in law, ministers concede. Foreign Secretary Dominic Raab told UK lawmakers on Thursday that new laws would be required to enshrine controversial plans to cut development and humanitarian aid by a third.

“The outstanding issues around fair competition and fisheries, and indeed governance in relation to the level-playing-field issue, are proving very, very difficult issues to make progress on, if the truth be told,” Coveney said. But the incentive to get a deal was also “very, very strong”, given how enormously disruptive the lapsing of Britain EU transition period without a deal would be, he said. (EURACTIV.com)

Sweden’s second COVID-peak in mid-December? The second wave of COVID-19 infections that has hit Sweden could peak in mid-December, health officials said on Thursday, stressing developments will depend on how well the public follows social distancing advice. Read more.

Norway’s Arctic Strategy to set course for the High North. The Norwegian government’s new High North whitepaper will be presented on Friday, nine years since the last policy document was introduced.

Over the past year, representatives from the government and ministries have received input from northern Norwegian actors and the northern area environment about the whitepaper. It is expected to address both major policy and societal development in the Arctic region, with a focus on security policy and national development. (Alexandra Brzozowski, EURACTIV.com)

Italian parliament approves budget deviation. Italy’s Senate and Chamber of Deputies approved on Thursday the €8 billion-worth budget deviation, due to be spent in the postponement of fiscal deadlines. Read more.

The Slovene Community party expressed concern that it did not guarantee the election of a Slovene representative to parliament in the new districts. (Željko Trkanjec | EURACTIV.hr)

Spanish government secures approval for 2021 budget. Spain’s Spanish minority left-wing coalition executive of the socialists (PSOE) and left-wing Unidas Podemos (United We Can) has secured enough support to get its 2021 budget plan through parliament after reaching a “preliminary deal” with Basque and Catalan separatist parties. Read more.

EU asked telecoms regulator to clarify controversial 5G auction terms. The European Commission in October asked Portugal’s communications regulator, Anacom, to clarify the terms of the auction of fifth-generation mobile telecommunications frequencies, in terms of coverage by new entrants and domestic roaming, according to a letter from the European Union executive’s Directorate-General for Communications Networks, Content and Technology. Read more.

Greece to spend big part of EU recovery funds on green, digital projects. Athens plans to spend more than half of the 32 billion euros ($38 billion) it will get from the European Union’s recovery fund on green and digital transformation projects, its deputy finance minister said on Wednesday. Read more.

Poland and Hungary formally vow to support each other in budget row. Both countries reaffirmed on Thursday their opposition to tying EU finds with the rule of law in member states and instead offered their own proposal for breaking the deadlock that is holding back the EU’s €1.81 trillion seven-year budget and the recovery fund. Read more.

Constitutional judge criticises EU Parliament’s abortion resolution. “The resolution of the European Parliament on abortion is an unprecedented attempt to interfere in internal political issues of the Republic of Poland and is not covered by European treaties,” said Constitutional Tribunal President Julia Przyłębska. Read more.

New head of Czech Anti-Trust Office promises more transparency. The Czech Republic’s Deputy Interior Minister, Petr Mlsna, who is to become the next head of the Anti-Trust Office, has said in an interview for news site Novinky.cz that he will work to increase the transparency of the antitrust authority’s decision-making process.

Unlike his predecessors, Mlsna intends, among other things, to explain the verdicts on serious cases to the public. The office’s former head, Petr Rafaj, was dismissed over allegations of corruption and abuse of power. (Ondřej Plevák | EURACTIV.cz)

Croatia adopts amendment on humanitarian aid for persecuted Christians. “Persecuted Christians and other people in need” will be allocated kuna 1.5 million (€200,000) after MPs adopted an amendment to the 2021 budget proposed by independent MP and former MEP Marijana Petir, who supports the ruling Croatian Democratic Union (HDZ, EPP).

However, the Croatian Platform for International Citizen Solidarity, known as CROSOL, has criticised the amendment, saying that “selectively granting aid on religious, ethnic or racial grounds is contrary to the principles of [the government’s] international development cooperation” and would “discriminate against all vulnerable groups not covered by this measure”. (Željko Trkanjec | EURACTIV.hr)

Slovenia’s Tonin re-elected leader of NSi. Defence Minister Matej Tonin was re-elected New Slovenia (NSi-EPP) leader for another two years during a party congress on Thursday with almost 96% of the votes from delegates, which this time was cast by mail.

The 37-year-old defence minister, who was the only candidate in the race for party leadership, represents a new wave of politicians. He goes for coffee with the left and the right, in an attempt, he says, to find common ground. (Željko Trkanjec | EURACTIV.hr)

Head of top BiH judicial body accused of peddling influence. Milan Tegeltija, the head of BiH’s High Judicial and Prosecutorial Council (HJPC) – which appoints judicial officials in the country- was allegedly recorded discussing the possibility of naming the sister of a former HJPC member to the position of judge in the Banja Luka Basic Court. Read more.