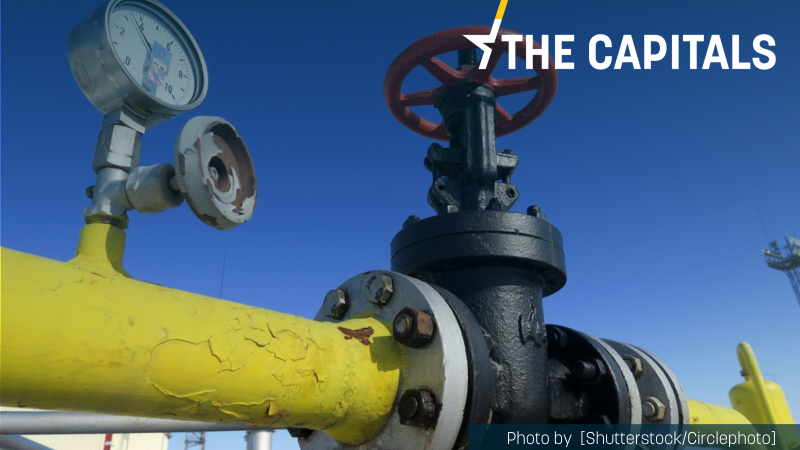 Bulgaria has received strong support from the European Commission for its decision to refuse to pay Russia for gas in roubles. [Shutterstock/Circlephoto]

A regional coordination centre will be set up in Bulgaria to manage the overall use of gas and electricity infrastructure and additional gas purchases for the Balkans and Italy, announced Deputy Prime Minister and Finance Minister Asen Vassilev in Brussels after meeting with EU Commission President Ursula von der Leyen and Executive Vice-President Frans Timmermans on Thursday (28 April). Read more.

Editor’s take: Caution is required when waging an economic war. The argument taken up by analysts and experts to convince themselves that Russian President Vladimir Putin would not attack Ukraine was that a war would run counter to economic logic. They overlooked the fact that Putin expected victory in a few days and that he considered the subjugation of Ukraine to be his historical mission. Read more.

Timmermans: Scaremongering on food security ‘dishonest, irresponsible’. Spreading fears of food shortages is “irresponsible and dishonest”, according to European Commission Vice-President Frans Timmermans, who accused critics of using the war in Ukraine as a “pretext” to derail the EU’s green farming ambitions. Read the full story.

Germany prepared for ‘sudden’ Russian gas ban, says Scholz. Germany has prepared for the day it is “suddenly” cut off from Russian gas, Chancellor Olaf Scholz said in a statement. Read more.

Dutch right-wing extremists fuelled by Ukrainian war. The Russian narrative of the war in Ukraine is fuelling radical ideas in extremist groups, according to Erik Akerboom, the director of the General Intelligence and Security Service (AIVD), reports broadcaster NOS. Read more.

Nearly half of Finns ready to turn engines off. Almost half of the Finnish people would be ready to cut down their travels and commuting in case the price of transport fuels keeps rising, a new survey has found. Read more.

Italy extends face mask mandate indoors, workplace ruled exception. In Italy, wearing a face mask will remain mandatory in schools, public transportation, and indoor events but will only be “strongly recommended” in all workplaces as of 1 May. Read more.

Portuguese PM reminds opposition what ‘real austerity’ is. Portuguese Prime Minister António Costa accused the opposition on Thursday of wanting to damage the international economic and financial credibility of the country. Read more.

Hungary would pay Gazprom in roubles. Hungary does not think Russia’s Gazprom will cut gas to the country and does not have a plan to replace it “overnight”, the government said on Thursday, adding that it will pay in roubles if needed. Read more.

Chips Act tops Czech presidency priorities. With the Czech Republic taking over the rotating EU Council presidency in July, it has confirmed that it wants to focus on the refugee crisis, energy independence, and the Chips Act. Read more.

Ukrainians buy off-road cars in Slovakia to send to war zones. Ukrainians have started to buy used off-road cars in bulk to use them in the areas where infrastructure has been destroyed after the Ukrainian government waived tariffs on imported cars. Read more.

Analyst: Serbia letting military kit cross country to Ukraine should not hurt Russian relations. Serbia allowing railroad transportation with non-combat military equipment for Ukraine to cross its territory is not legally wrong, military analyst Aleksandar Radić said on Thursday, adding that he did not expect this to result in any damage to relations with Russia. Read more.

Stellantis to produce electric cars in Serbia. Representatives of the Stellantis company and the Serbian cabinet signed a contract on financing the manufacturing of electric cars at the Fiat Chrysler Automobiles car factory in Kragujevac in Belgrade on Thursday. Read more.

Hungarian, Croatian minority policies setting example to EU, says foreign minister. Hungary and Croatia pursued their minority policies based on the principle of protection of ethnic minorities, and they could serve as an example to the whole of the EU, Hungarian Foreign Minister Péter Szijjártó said on Thursday. Read more.

Macedonian parliament speaker disturbed by number of graves in Ukraine. Parliament Speaker Talat Xhaferi says he will strive for Macedonian institutions and the public to provide all possible support to the war-ravaged country together with the EU and the international community after he visited Ukraine’s destroyed town of Irpin and the ruins of Hostomel airport on Wednesday. Read more.

Montenegro gets new Assembly speaker, ministers. The Assembly elected Danijela Đurović on Wednesday, after which deputies held a debate on the composition of Montenegro’s 43rd government. Read more.