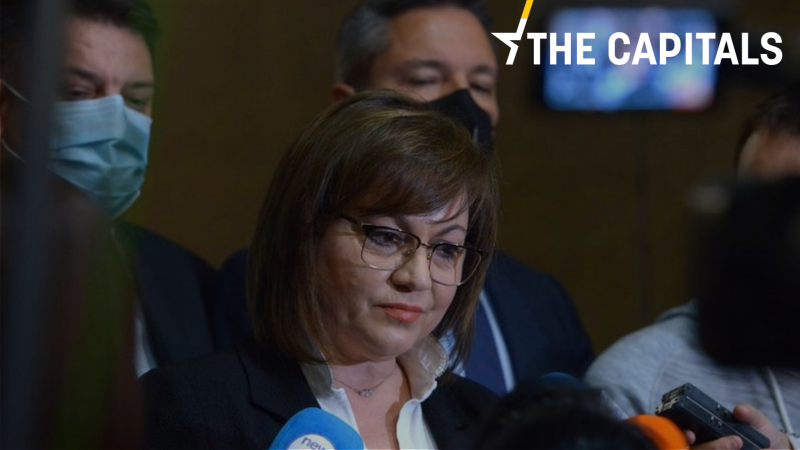 Before you start reading today’s edition of the Capitals, feel free to have a look at the article Germany, France, Italy, Spain push for implementation of recovery fund, by Jorge Valero.

A Bulgarian parliamentary committee has passed a motion to purchase the Russian Sputnik V vaccine despite it not having been approved for use in the EU.

The health committee of the recently constituted parliament supported the Socialists’ (BSP) proposal to start negotiations on the purchase of Sputnik V, arguing that the government’s failure to date to provide vaccines to citizens should be offset by the Russian vaccine. Read more.

‘Act without delay’ to help EU tourism, Portugal urges. Portugal has urged member states and EU institutions to “act without delay” to support European tourism to recover from the crisis, also calling for rapid progress in the creation of the green passport. Read more.

Worker advocates call for more ‘democracy at work’ ahead of Porto Summit. Trade unions and other labour supporters are continuing their push for greater worker involvement in company decisions, now labelling this as a push for “more democracy at work.” They want to see this topic play a larger role on the EU’s agenda, particularly at the upcoming Porto Social Summit. Read the story.

Macron expected to present France’s lockdown exit strategy on Friday. President Emmanuel Macron is to present the next steps in the fight against COVID-19 at the end of the week, Prime Minister Jean Castex announced at a press conference on Wednesday. The executive wishes to install a “transitional regime” that should last until 31 October after the current COVID-19 restrictions end on 2 June. (Magdalena Pistorius | EURACTIV.fr)

In other news, the French government has also presented its anti-terrorism bill, which proposes to reinforce the provisions of the 2017 law on internal security and the fight against terrorism. Read the full story.

Green light for opening terraces and bars. Belgium’s Consultation Committee has now definitively given the green light for the reopening of outdoor drinking and dining on 8 May. For that reopening, two important conditions had to be met: the over-65s age group to reach a vaccination rate of more than 80% and the condition in intensive care had to have improved in the past two weeks. (Alexandra Brzozowski, EURACTIV.com)

Russia expels two Lithuanian diplomats in tit-for-tat move. TThe Russian foreign ministry has expelled two diplomats from the Lithuanian embassy in Moscow, as well as one employee each from the embassies of Latvia and Estonia. Read the full story.

“The memory of those barbaric acts is still alive in Italy”, said Prime Minister Mario Draghi. In April, the Italian and French justice ministers, Marta Cartabia and Eric Dupond-Moretti, discussed the urgency of apprehending Italian terrorists hiding in France before the statute of limitations on European arrest warrants for their capture expired.

In other news, Health Minister Roberto Speranza has survived three motions of no-confidence put forward against him in the Senate by far-right opposition party Brothers of Italy and two members of the mixed group.

“The motions stated that the plan against pandemic outbreaks was not updated, but they referred to a period where Italy had seven different governments”, Speranza said.

“The virus is the enemy now, but we, unfortunately, see people preferring political conflict and hate speech, which can never be tolerated”, he added. (Alessandro Follis | EURACTIV.it)

Fresh poll predicts Popular Party win in ‘battle of Madrid’. A poll has put Spain’s centre-right Popular Party (PP) ahead of its rivals less than a week before votes are cast in a hotly contested regional election in Madrid on 4 May. EURACTIV’s partner EFE reports. Read the full story.

Tsipras backs AstraZeneca, slams Europe’s ‘one-industry’ approach. Greece’s main opposition leader Alexis Tsipras has given his backing to the much-maligned AstraZeneca vaccine, questioning why its COVID-19 vaccine was being rolled out without drama in the UK but not in the EU, implying that political and business interests were at play. Read more.

Prague space agency to get competency boost. MEPs on Wednesday approved a new  European Space programme with a seven-year budget of €14.8 billion uniting all EU space activities in one place and expanding the scope and strengthening the competencies of Prague-based European GNSS Agency (GSA). The decision needs to be confirmed by member states. Read more.

Slovakia proposes to reallocate €1 billion in EU funds to Bratislava. A Slovak ministry has proposed a reallocation of €1 billion from the European structural and investments funds on Wednesday. Read more.

Hungary only V4 country not to expel Russian diplomats. Hungary has no plans to expel Russian diplomats, Foreign Minister Péter Szijjártó told RTL on Wednesday (28 April), Telex reported. Hungary will thus be the only Visegrád country to not commit itself to the diplomatic rebuke to Moscow after Czech authorities linked a 2014 arms depot blast to the Russian secret services, which has since prompted similar investigations elsewhere in Europe. Read more.

Milanović: Croatian army ‘a pillar of civil democracy’. Croatia’s President Zoran Milanović said on Wednesday that the country’s armed forces were one of the pillars of a civil, democratic state. Read more.

Romania hosts ‘vaccination marathons’. The Bucharest Medicine University will organise a “vaccination marathon” between 7 and 10 May, where Romanian citizens and foreign residents can get the Pfizer shot without prior appointment. There will be 50 vaccination lines open and they will function non-stop for 64 hours. Read more.

Vučić has more media presence than entire government combined. Serbian President Aleksandar Vučić has clocked 38% more time in the media than Prime Minister Ana Brnabić and the entire Serbian government combined. That finding was the result of an analysis of prime time national news broadcasts carried out by the Bureau for Social Research (BIRODI) published on Wednesday. Read more.

US ambassador to BiH launches attack on government. US ambassador to Bosnia and Herzegovina, Eric Nelson, wrote on his blog that “the United States remains a friend to BiH and firmly supports its territorial integrity and sovereignty”, while also launching an attack on the governing of BiH politicians for a lack of consideration of citizen’s needs. Read more.

Montenegrin government doesn’t want to give up coal-powered thermal power plant. Montenegro is currently not in a position to give up the Thermal Power Plant (TPP) Pljevlja, Montenegro’s Prime Minister Zdravko Krivokapić stated in parliament. “There are about 1,400 employees in the TPP, as well as a large number of workers in the coal mine, which is directly related to the TPP,” Krivokapić said.

“The government is committed to implementing a drastic reduction in CO2 emissions and the transition of our energy to renewable energy sources. However, as serious and responsible people, we must carefully analyse the decision to accept 2030 as the year of zero emissions. It must be preceded by a complex analysis”, he added. (Željko Trkanjec | EURACTIV.hr)