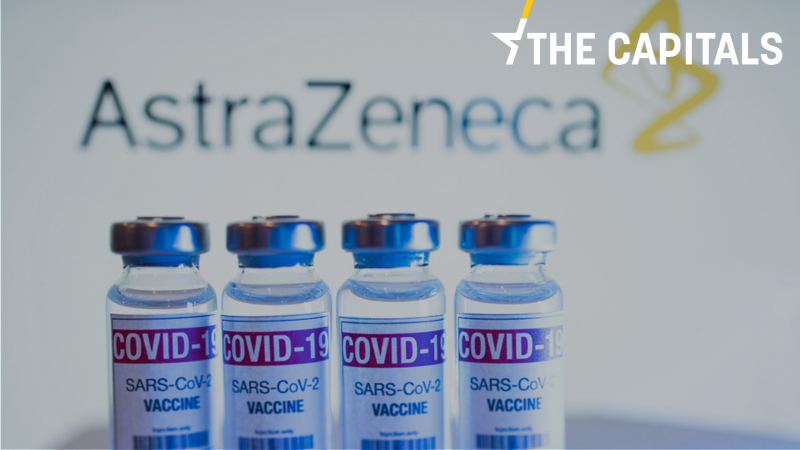 In the last 24 hours, only 154 doses of the AstraZeneca vaccine have been delivered throughout the country. [Shutterstock/Girts Ragelis]

Before you start reading today’s edition of the Capitals, feel free to have a look at the article “French politicians turn to Twitch in hope of connecting with youth“, by EURACTIV France’s Mathieu Pollet.

Power struggle in the CDU/CSU. Germany’s ruling conservative parties disagreed publicly on Monday over who should be their candidate for chancellor in the 26 September federal election. What could follow is a power struggle for the position. Read more.

In the first ruling, the judge gave the Belgian state 30 days to provide a sound legal basis for the pandemic restrictions, or face a penalty of €5,000 a day with a maximum limit of €200,000. (Alexandra Brzozowski | EURACTIV.com)

New report highlights PM Boris Johnson’s ‘imperious disregard’ for the rest of the UK. Brexit and Boris Johnson’s status as a prime minister “who only speaks for England” have increased the chances of the break up of the United Kingdom, according to a new report by the UK’s former top Brexit civil servant. Read more.

Ireland has been benefiting from EU-Canada trade deal, says Canadian embassy. “Certain sectors of the Irish economy have seen a significant growth in exports to Canada since 2016, including dairy, baked goods, textiles, beverages, Irish whiskey and spirits,” Suzanne Drisdelle, chargé d’affaires at the Canadian embassy, will tell the Irish parliament on Tuesday. More

Gym, catering sectors protest Rome closures. About 800 people working in the gym and catering sectors, as well as people supporting neo-fascist formation Casapound, joined an unauthorised protest Monday in the centre of Rome to urge the government to allow their businesses to reopen. More

Spain to receive first batch of single-dose Janssen vaccine. The first batch of doses of the Janssen (Johnson&Johnson) single-dose COVID-19 vaccine is due to arrive in Spain within 48 hours according to the country’s health minister, Carolina Darias. Read the full story.

Hungary’s government-mayor row over Chinese university heats up. Budapest’s green opposition mayor Gergely Karácsony threatened on Monday to cancel the 2023 World Athletics Championships to be held in the capital if the government decides to build a Chinese university campus instead of a planned Student City project. Read more.

A little Polish economic miracle? Poland’s economy has recovered remarkably well despite being hit hard by the coronavirus pandemic and the country’s unemployment rate is currently the lowest in the EU, according to German television broadcaster ZDF. Read more.

Czech government to establish new commission to measure Green Deal impacts. Deputy Prime Minister Karel Havlíček on Monday announced the establishment of a new government commission that will be tasked with calculating the European Green Deal’s impact on the Czech Republic. Read more.

Slovak president backs scientists Russia said ‘damaged’ Sputnik V’s reputation. Slovak President Zuzana Čaputová has backed the researchers that examined doses of Russia’s Sputnik V vaccine after Russia criticised them for having “damaged the reputation” of the shot with their assessment. Read more.

President Borut Pahor and PM Janez Janša for a peaceful dissolution of BiH. Slovenian Ambassador Zorica Bukinac has been summoned to the BiH foreign ministry to explain recent rumours about alleged new geostrategic plans for the Balkans, in what the Slovenian foreign ministry says is standard diplomatic practice. Read more.

Pensioners to receive extra payment of COVID-19 relief in coming weeks before local elections. Croatian Prime Minister Andrej Plenković said on Monday that an agreement has been reached with pensioners’ representatives regarding COVID-19 support to be paid to approximately 850,000 seniors in late April or early May. Read more.

Islamic leader says vaccination allowed during Ramadan. The Reisu-l-Ulema of the Islamic Community of Serbia, Sead Nasufović, said on Monday that followers of Islam can receive the COVID-19 vaccine during the Ramadan fast. Read more.

In other news, the US has earmarked $22 million in aid for Serbia. Serbian Minister of European Integration Jadranka Joksimović and the acting director of the USAID Mission in Serbia, Shanley Pinchotti, signed in Belgrade on 12 April an extension of the two countries’ development partnership.

The funds have been designated for aiding the Serbian economy’s competitiveness, improving the administration’s efficiency in providing services to citizens, enhancing the media environment, helping the civil society, improving energy security, and providing support in the fight against COVID-19. The US Ambassador to Serbia, Anthony Godfrey, who attended the signing, said the partnership between the two countries was strong and that he can promise it would continue. (EURACTIV.rs | betabriefing.com)