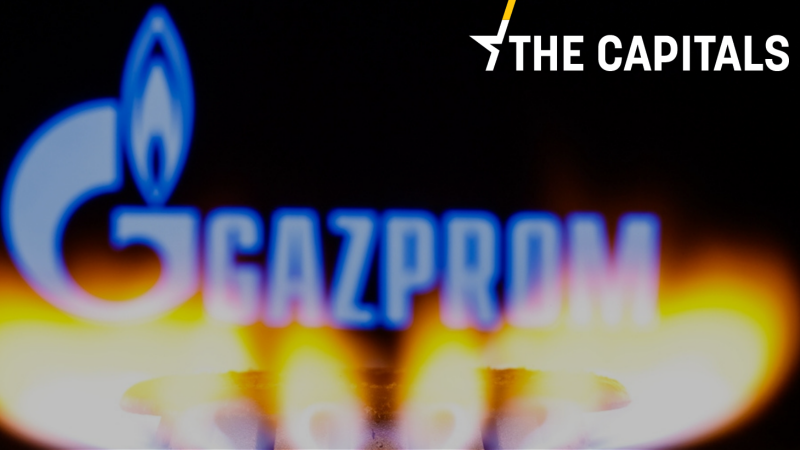 The Bulgarian gas price in November is €46.5/MWh, which is almost two times less than the tariffs of European gas hubs. [Shutterstock/Sergei Elagin]

Before you start reading today’s edition of the Capitals, feel free to have a look at the article Why Europe’s East does not trust the COVID-19 vaccine, by Alice Taylor.

Bulgaria received an unusual price discount from Gazprom in November. Instead of rising by 32%, as the Bulgarian state gas company Bulgargaz predicted, the price of gas was reduced. In November, the Bulgarian gas price is €46.5/MWh, which is almost two times less than the tariffs of European gas hubs.

Meanwhile, the Bulgarian authorities have launched an investigation into the Russian oil company Lukoil Bulgaria for abusing its dominant position in the country’s fuel market. The inspection is on a signal from another leading European company – OMV Bulgaria.

Slovenian environment minister: Climate summit key step for Earth’s future. The COP26 climate conference is a crucial step for the future of our planet and younger generations, Slovenian Environment Minister Andrej Vizjak said at Monday’s press conference in Glasgow, UK. “It is time we act responsibly and move up from good intentions to concrete actions,” he added. Read more.

EU pushes to extend sanctions on airlines ‘involved in human trafficking’ via Belarus. Several high-ranking EU officials have called for extensive sanctions on Minsk on Monday evening as tensions mount along Belarus’s border with Poland over large numbers of migrants attempting to cross the EU’s border. Read the full story.

​​Austria calls for return to EU fiscal rules. After meeting the Eurozone finance ministers on Monday, Austrian Finance Minister Gernot Blümel called for a swift return to the fiscal rules outlined in the Stability and Growth Pact. Read more.

Social Democrats put forward Esken and Klingbeil for party leadership. As Norbert Walter-Borjans steps back as party co-leader, the SPD’s secretary-general and close Olaf Scholz ally Lars Klingbeil has been suggested to replace him at the party’s helm. Read more.

Ministers row back over MPs interest in lobbying scandal. Ministers are trying to row back amid the ongoing corruption row involving a Conservative MP and ally of Prime Minister Boris Johnson. MP standards rules are now under review after one of their ranks was found guilty of corrupt lobbying. Read more.

Irish climate minister: not enough progress made at COP26. “There hasn’t been enough progress to date either here or at the 25 preceding COPs”, Ireland’s Minister for Transport, Environment, Climate and Communications, Eamon Ryan said at the COP26 climate summit on Monday (8 November), broadcaster RTÉ reported. Read more.

Nordics join forces to prepare for future crises. The Nordic countries have adopted an all-hazards approach in preparation for future natural or man-made emergencies and crises, according to a statement released on 3 November by Nordic Prime Ministers and representatives from Greenland, the Faroe Islands and Åland after they met in Copenhagen. Read more.

Portuguese PM warns against EU dictating ‘abrupt reductions’ in debt, deficit. Prime Minister António Costa on Monday called for a review of economic governance rules in Europe that takes into account lessons learned from the different responses to the most recent crises, warning against “abrupt debt and deficit reductions”. Read more.

Czechia meets Poland at EU Court after bilateral talks failed. Czechia and Poland failed to agree on a deal that would have led to the withdrawal of a lawsuit concerning coal mine Turów located at Czech-Polish borders. Representatives of the two neighbouring countries will now meet on Tuesday at the European Court of Justice for the first hearing. Read more.

Strasbourg Court says Polish Extraordinary Review Chamber not independent. The European Court of Human Rights in Strasbourg ruled on Monday that Poland’s Supreme Court’s Extraordinary Review and Public Affairs Chamber is not an independent court. The case is related to the judicial reform pushed by the ruling Law and Justice Party (PiS). Read more.

Opposition pressures Fidesz over Pegasus purchase. At the Hungarian parliament’s sitting on Monday (8 November), the opposition accused Fidesz MP Lajos Kósa of mishandling classified information when he revealed that the ministry of interior had bought the Israeli spyware, Telex reported. Read more.

IMF: Dodik’s rhetoric endangers economy and finances. The separatism pursued by the Republika Srpska (Serb entity) authorities has endangered BiH’s economic and financial stability, and unless those trends stop, the consequences for the country and entities could be very serious, an International Monetary Fund official has warned. Read more.

Romania extends state of alert. The Romanian government extended the state of alert by 30 more days in the context of the COVID-19 epidemic. No new measures were introduced, but those in place will continue to apply, including mandatory masks and restrictions for unvaccinated persons.

Romania has one of the lowest vaccination rates in Europe, although the number of inoculations rose over the past month in the wake of a vast number of new infections.

COVID pass compulsory in Serbia in hospitality, betting facilities. The Serbian government has given a new ordinance to make COVID passes compulsory from 8 pm in all hospitality businesses and gambling establishments. Read more.

Finland v BiH football match may be postponed due to political tensions. The political crisis in the Balkans could mean that the 2022 World Cup qualifier match between Finland and Bosnia Herzegovina set for 13 November will not take place, Yle reported.

“When it comes to the situation in the Balkans, the tensions are always so high that one can often consider the possibility of a military conflict. That is why more attention should be paid to this,” Finnish Foreign Minister Pekka Haavisto told Yle’s breakfast show Ykkösaamu on Monday morning, adding that he hoped the game could go ahead.

The situation in the region is being closely monitored by UEFA, Ari Lahti, chair of the Finnish Football Association, told Yle Sport, meaning the game could still be played at a neutral venue.

Zaev government to face no-confidence vote on Thursday. Talat Xhaferi, Speaker of the Sobranje (parliament), scheduled a vote of no-confidence of the government of former Prime Minister Zoran Zaev for 11 November at 11 am. Read more.

Albania was not prepared for wildfires, defence minister admits. Albanian defence minister Niko Peleshi admitted that the state was not ready or prepared for this summer’s wildfire season that killed two people and devastated thousands of hectares of countryside, orchards, and crops. Read more.