Bulgaria rocked by protest in defence of democracy 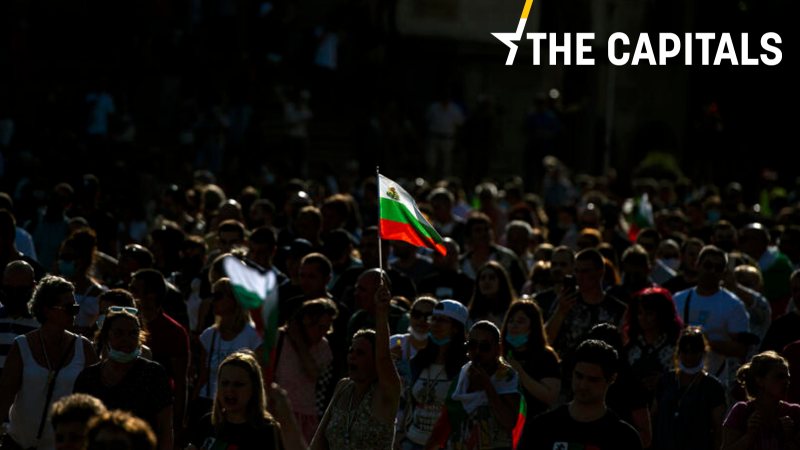 Before you start reading today’s edition of the Capitals, feel free to have a look at our agrifood curtain-raiser article EU still reflects over agri-innovation as UK mulls moves forward.

Borissov announced on Friday night (10 July) that he would not resign as “there is no one else to lead the country through the crisis”. EURACTIV Bulgaria’s Krassen Nikolov looks at how it came to this.

Stuttgart police weigh questionable step. Following riots that took place in Stuttgart on 21 June, which involved around 500 people and saw the police pelted with stones and glass, the city’s police chief announced that the department is considering a controversial new step in the investigation.

According to reporting from Stuttgarter Zeitung, over the weekend, the chief of police wants to investigate and publish the family origins of suspected rioters with German passports, an idea that was quickly criticised. EURACTIV Germany’s Sarah Lawton reports from Berlin.

Kurz sets conditions for MFF and EU Recovery Fund. Austrian Chancellor Sebastian Kurz, said money from the EU’s long-term budget, as well as the EU Recovery Fund, should flow “into the right areas”, in an interview with German newspaper Frankfurter Allgemeine Zeitung on Sunday (12 July). The two proposals are due to be negotiated during the EU summit in Brussels on Friday. EURACTIV Germany’s Philipp Grüll looks at what else Kurz had to say.

New PM makes first foreign trip. France’s new Prime Minister Jean Castex visited French Guiana on Sunday (12 July) for his first overseas trip. Accompanied by Overseas Minister Sébastien Lecornu and Health Minister Olivier Véran, he spent eight hours “to take stock of the health, economic and social situation of the territory”. While French Guiana is one of the hardest-hit areas by the COVID-19 pandemic and one of the poorest, the new PM confirmed that the epidemiological situation there “seems to be improving, and that’s good.”

Newcomers on COVID-19 travel list. Belgium’s Ministry of Foreign Affairs has published an updated travel advice of colour-coded regions and countries in Europe. A dozen destinations have moved to the restricted part of the list. EURACTIV’s Alexandra Brzozowski has the overview.

First death in two months. Luxembourg recorded a total of 148 COVID-19 cases over the weekend and the first death in nearly two months, the health ministry announced. Because of the peak, Luxembourg residents were banned from entering a dozen European countries, including Belgium, Denmark, Norway and Latvia.

The newly discovered cases mainly involved young adults with an average age of 34, the country’s health ministry pointed out, insisting that the virus was mainly being spread through socialising. (Anne Damiani | EURACTIV.COM)

UK unveils new border plan. The UK on Sunday (12 July) unveiled plans to spend £705 million (€800m) on new infrastructure at its ports and border points less than six months before it leaves the EU single market.

The new spending, which Cabinet Office minister Michael Gove said would ensure that “traders and the border industry are able to manage the changes and seize the opportunities as we lay the foundations for the world’s most effective and secure border” will include £470 million on port and inland infrastructure. The remainder will cover new IT systems and 500 more Border Force staff needed to ensure compliance with new customs procedures and controls after the UK leaves the EU’s single market at the end of 2020. See the full story here.

“Maximum caution” in Italy as COVID-19 reaches worldwide peak. The Italian government is preparing to renew the COVID-19 measures which are set to expire on Tuesday (14 July). Italian Health Minister Roberto Speranza said he will be adopting “maximum caution” as the worldwide infection count reached a new peak on Sunday (12 July), with a total of 220,000 new cases registered. EURACTIV Italy’s Alessandro Follis has more.

Economic recovery plan 2020/2030. The Portuguese economy could fall by 12% in 2020, according to estimates in the preliminary version of the economic recovery plan drafted by António Costa Silva, a government consultant, which puts forward a set of proposals for the various sectors.

In a 120-page document entitled ‘Strategic Vision for Portugal’s economic and social recovery plan 2020-2030’, Costa Silva points out that Portugal “could face one of the worst crises in its history”. Lusa.pt’s Bruno Dias takes a closer look.

Meanwhile, the Portuguese new agency Lusa.pt, together with Spanish news agency Efe, will be debating the impact of the COVID-19 pandemic on tourism in a joint forum that will bring together international organisations and European Commissioners, as well as ministers and mayors from both countries. Lusa.pt’s Sofia Branco has the full story.

Greece pushes for sanctions against Turkey. Greece’s minister of foreign affairs will ask the EU on Monday (13 July) for a list of potential sanctions against Turkey in case Ankara violates Greek territory. However, EU sources said last week that dialogue should be prioritised in the face of Turkey’s increasingly provocative behaviour. EURACTIV’s Sarantis Michalopoulos has the  full story.

The turnout was the highest in Poland’s history of presidential elections with 68.9%, and the final results are to be announced by the State Election Commission either Monday (13 July) or on Tuesday (14 July). EURACTIV Poland has more on the candidates’ reactions.

Unwanted souvenir. As borders are opened again, many Czech people decided to spend their holidays abroad, especially in Croatia. After two weeks of summer holidays, the first of them are coming back home. Some of them are infected with the coronavirus. “Yes, we have already noticed first infected people coming from holidays,” confirmed Czech Health Minister Adam Vojtěch to server Seznam Zprávy. However, there are only a few such cases reported, “not dozens”, said Vojtěc

Hungary reintroduces travel restrictions. Following the uptick in cases in neighbouring states, the Hungarian government announced it will now classify countries into green, yellow and red categories. Travellers will have to have two consecutive negative tests conducted before being able to leave quarantine if coming from a country labelled red, compared to one test if entering a country marked yellow.

For now, Bulgaria, Romania, Serbia, Sweden and the UK are among the countries marked countries in yellow, while Belarus, Georgia and Ukraine appear on the “red list”. The new travel restrictions will apply from Wednesday (16 July). (Vlagyiszlav Makszimov | EURACTIV.com)

Restrictions after spike. On Saturday (11 July), Croatia recorded the highest daily increase of COVID-19 cases – 140. The current number of patients is 1,117, and since 25 February, when Croatia reported its first positive case, 3,722 have been diagnosed.

Following the spike, from Monday (13 July), protective masks will be obligatory in hospitals, restaurants, bars, shops, public transport and other closed facilities. Health minister Vili Beroš announced in an interview that there won’t be a new lockdown while hoping that cases will drop in autumn.

In the meantime, Croatia’s health authorities have issued new travelling instructions. The temporary ban on crossing the Croatian border does not apply to EU citizens (regardless of their place of residence), the Schengen Area, and associate members of the Schengen area, as well as to their family members and third-country nationals who are long-term residents. EURACTIV Croatia’s Tea Trubić Macan has the story.

PM under fire for Srebrenica tweet. Prime Minister Janez Janša has become the target of criticism at home and in Bosnia-Herzegovina after posting on Twitter that the Srebrenica massacre (25th anniversary on 11 July) would not have occurred had the United Nations condemned post-WWII ‘communist genocide’, the way it condemned the Holocaust. Slovenia’s SD leader, MEP Tanja Fajon, described his tweet as “shameless”.

In other news, Interior Minister Aleš Hojs, who resigned on 30 June, has said he will rethink his decision to step down after PM Janša urged him to reconsider.

Serbia, Kosovo agree to restart dialogue. The EU’s Special Representative for normalisation between Belgrade and Priština, Miroslav Lajčak, said on Sunday (12 July) that a video conference between representatives of Serbia, Kosovo and the EU had produced an agreement on the key elements of Belgrade-Pristina dialogue. EURACTIV Serbia reports.